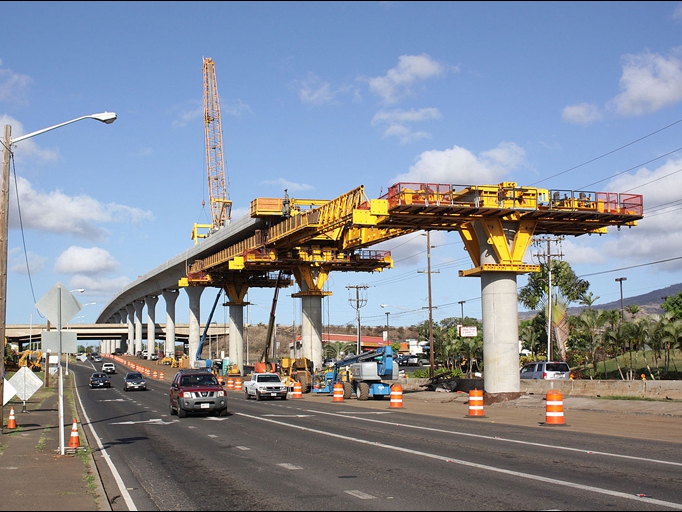 “I fully realize the challenges that lie ahead for this project and the community concerns that come along with them,” Robbins said in a statement. “Having previously been involved with this project, I also believe strongly in its merits. Residents, visitors and future generations will not only benefit from this project but will also view it as an integral part of Honolulu’s transportation infrastructure.”

Robbins began his career with Bombardier in 1980 and worked on its bid to build the Honolulu transit cars. He most recently served as senior director and head of automated transit systems business development. Robbins was spokesman when the company lost an appeal of its disqualification in the bid for the Honolulu project’s $1.4-billion core systems contract in 2011, according to local reports.

The total cost of the 20-mile elevated rail project doubled, to around $10 billion, from initial estimates of $5.26 billion in 2012. The Honolulu City Council plans to issue $350 million in bonds this month, when HART said it would run out of money.

The state Legislature expects to agree to a funding deal to complete the project in a special session Aug. 28-Sept. 1.