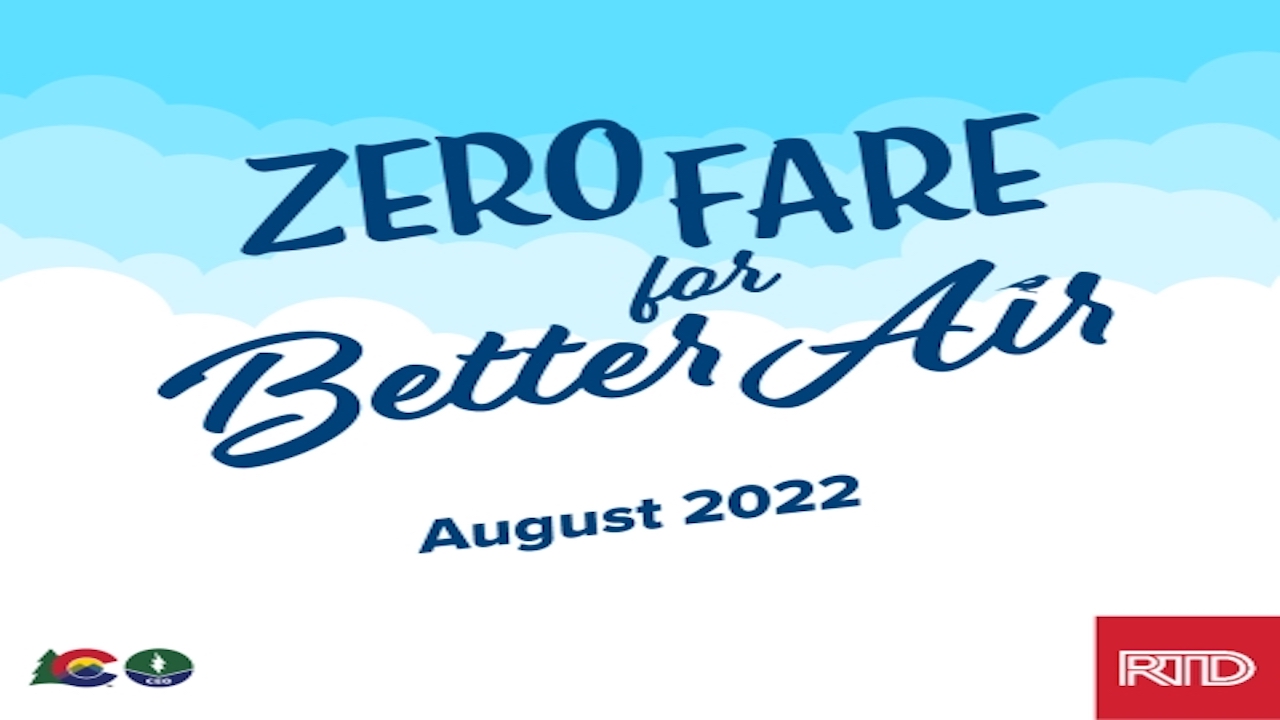 RTD will offer zero fares on all services during the month of August.

The Regional Transportation District (RTD) announced on June 28 that it will be launching its statewide initiative, Zero Fare for Better Air. Also, the Washington Metropolitan Area Transit Authority (WMATA) has announced that Metro, Amazon, Urban Atlantic and elected leaders from Prince George’s County have broken ground on the The Margaux, and WMATA’s Metro Transit Police Department (MTPD) has been awarded a U.S. Department of Justice (DOJ) grant to support the implementation of body work cameras (BWC).

Made possible by Colorado Senate Bill 22-180 in partnership with the Colorado Energy Office, RTD will offer zero fares on all its services during the month of August—Colorado’s high ozone season.

“RTD is committed to promoting better air through its strategic plan priority of community value, in which the agency strives to be a strong community partner, providing value to customers, as well as to the broader Denver metro region while sustaining planet Earth,” said RTD General Manager and CEP Debra A. Johnson. “The agency has already made such commitments as evidenced by its 36 battery-electric sub fleet that operates on the 16th Street Mall in downtown Denver and, further, through the recent procurement of 17 additional zero emission buses that are expected to be delivered and deployed to some fixed routes in early 2023.”

On June 29, ground was broken on The Margaux, a new housing development at the New Carrollton Metro Station that will offer “modern, transit-oriented housing at below-market rates,” according to Metro. The 291-unit building, which is part of a larger 2.3-million-square-foot, mixed-use joint development partnership between Metro and Urban Atlantic, is being funded through the Amazon Housing Equity Fund to “preserve affordability for the duration of the property’s ground lease of 98 years, giving families much-needed financial certainty to build lives and careers near the conveniences of transit while reducing the need for and expense of car ownership.”

To “enhance transparency and support safety initiatives,” MTPD will equip its officers with BWC. The BWC program, which is in the early stages of development and scheduled for implementation by 2023, is supported by a $905,00 DOJ grant awarded to MTPD in December.

“This grant gives us the ability to move forward with implementing a BWC program similar to those of our peers in the region,” said Transit Police Chief Michael Anzallo. “Our focus remains on safety, transparency and building community partnerships. I believe implementing this new program is another positive step in the right direction for the department.”

MTPD also plans additional public outreach prior to rollout of the program, in addition to efforts to procure equipment and training officers.