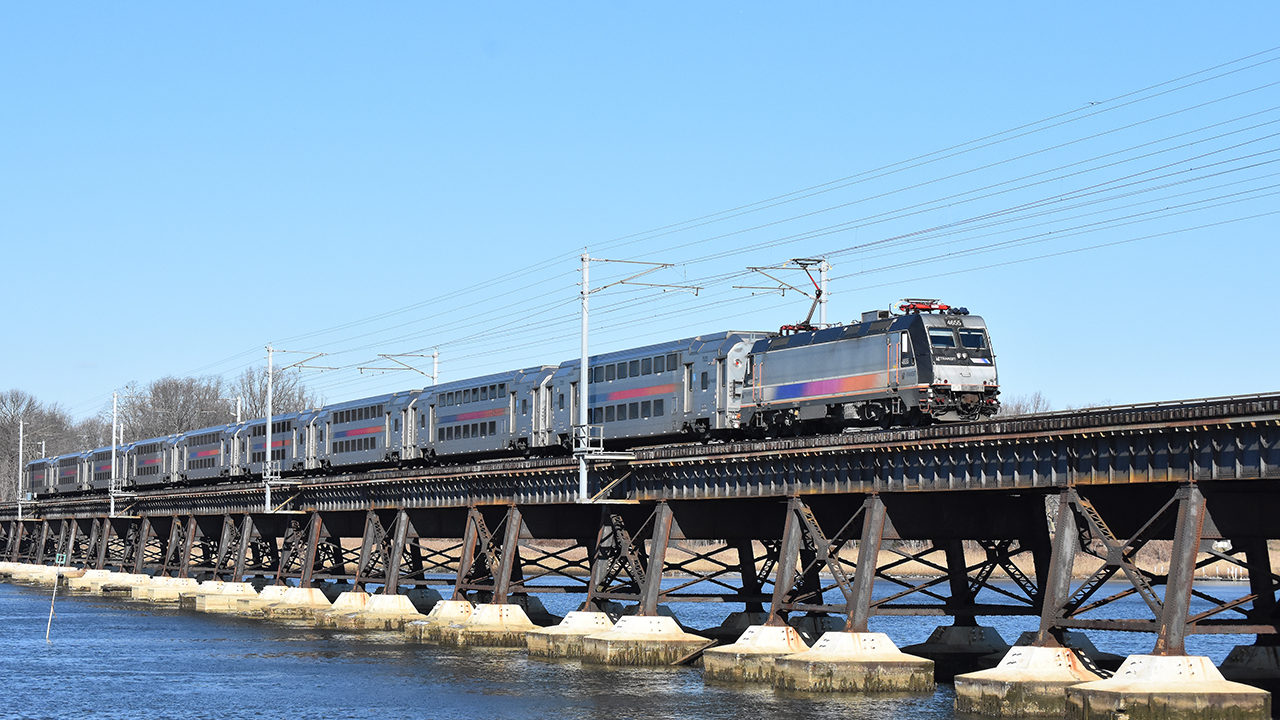 The NJ Transit Board of Directors adopted a $2.75 billion operating budget, which does not include a fare increase for FY23, and $2.64 billion in capital investments for FY23. (Photo by William C. Vantuono)

The NJ Transit Board of Directors announced on July 20 that it has adopted a Fiscal Year 2023 (FY23) operating budget and an updated five-year capital plan. Additionally, the Board authorized the expenditure of $63.4 million in federal and state funds to implement local transportation programs for FY23, providing critical services for senior citizens, persons with disabilities, the economically disadvantaged and rural residents. Each of the programs, NJ Transit says, extends or complements its existing services.

The $2.75 billion operating budget does not include a fare increase for FY23. Th $2.64 billion in capital investments for FY23 “support investments in personnel, infrastructure and equipment to maintain the system in a stage-of-good-repair (SoGR) and enhance the overall customer experience.”

“The operating and capital funding allows us to continue to build on the progress we’ve made through new vehicle purchases, new and upgraded infrastructure, and hiring the personnel necessary to further improve the customer experience,” said NJT President and CEO Kevin Corbett. “This budget is a roadmap for how we will maximize our resources and spend every dollar wisely to deliver the world-class transit service New Jersey residents expect and deserve.’’

According to NJ Transit, 26% of the revenue in the FY23 operating budget comes from passenger fares. The remaining amount comes from dedicated funding from the New Jersey Turnpike Authority (NJTA), which is $721 million in FY23, in addition to federal COVID-19 relief money, and a combination of commercial revenue and state and federal resources.

Approximately 61% of the operating budget is dedicated to costs associated with labor and fringe benefits. Other significant expenses include purchased transportation, which represents 10% of total operating expenses. Expenses, including materials, fuel and power, utilities and outside services, represent the remaining 29% of the total operating expenses. The budget also allows for the expansion of personnel in key areas within bus, rail, light rail, police operations and strategic administrative support services.

The FY23 budget, NJ Transit says, will fully fund 129 bus positions for service enhancements and support the redesign of the Newark Bus System and Newark Micro-Transit initiative, and the assumption of contracted bus routes.

The FY23 budget will include enhanced recruitment for the HR Department, employee engagement and candidate experience, along with additional Procurement positions.

The FY23 update to A Five-Year Capital Plan, described as an “unconstrained vision of projects” continues to “prioritize investments in infrastructure to maintain an overall SoGR, enhance reliability, safety and resiliency, as well as improve the overall customer experience on the system,” NJ Transit says.

A Five-Year Capital Plan contains two sets of projects. The first set includes projects already funded by existing or expected resources. The second set identifies proposed projects for which funding has yet to be identified but is vital to NJ Transit’s service delivery.

NJ Transit says the Capital Plan continues to invest in infrastructure, which includes a funding increase of $191 million from the Infrastructure and Investment and Jobs Act (IIJA) for projects, including the agencywide SoGR program​ and the midlife overhaul of the River LINE fleet​, as well as rail infrastructure and facilities projects. It also includes design projects for critical future investments, including the design for Northern Bus Garage and NJ Transit’s Bus Garage Modernization Program, as well as key early construction activities for the HBLR Route 440 expansion.

NJ Transit’s capital funding allocation is $2.64 billion, which is an increase of $1.045 billion above last year’s approved amount of $1.59 billion​.

NJ Transit partners with all 21 New Jersey counties to fund community transportation programs. These programs assist a variety of private non-profit organizations, counties, municipalities, county improvement authorities and NJ Transit in meeting the mobility needs of New Jerseyans who depend on public transportation.

The $63.4 million in federal and state funds authorized by the Board will support a variety of programs serviced to “meet the mobility needs of New Jersey’s most vulnerable citizens.”

These programs include the following:

“We are grateful to our Board for approving this critically important program, which will provide a transportation lifeline to senior citizens, people with disabilities, and the economically disadvantaged,” said Corbett. “Through this program, NJT will distribute federal and state funds to existing local transportation services, helping to maximize access to public transportation for every New Jerseyan.”