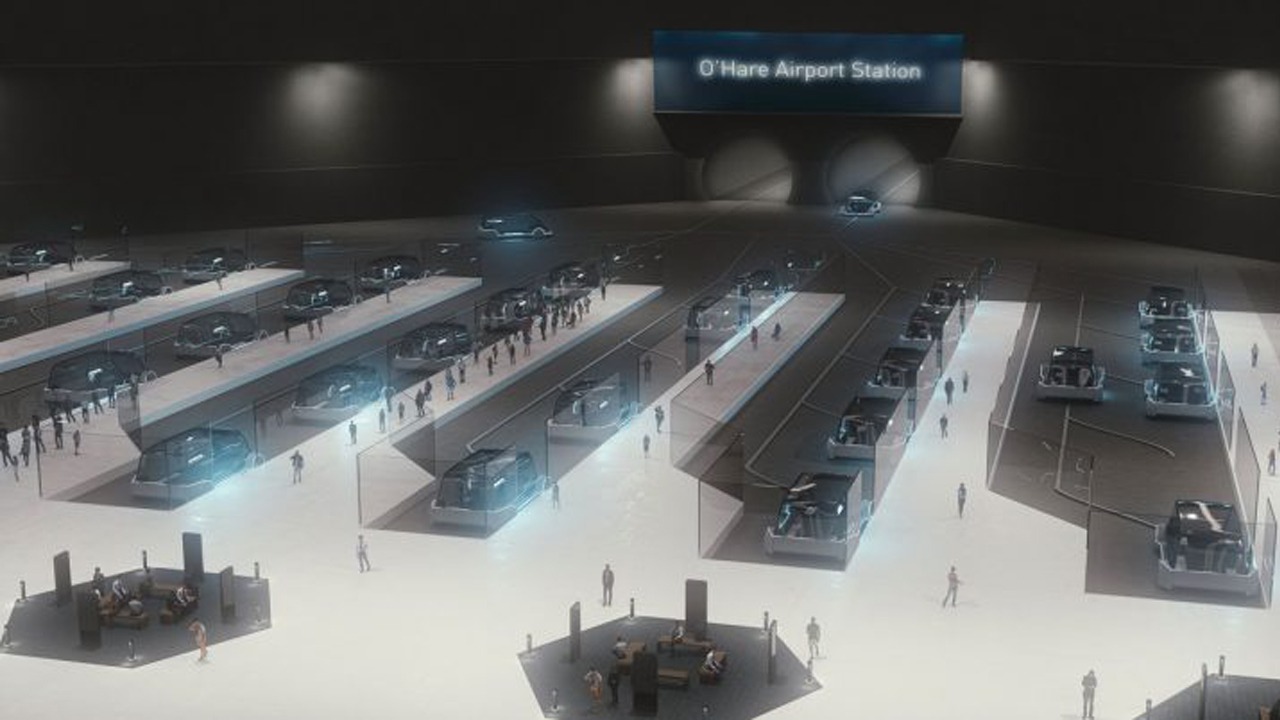 First cars, then rockets. Now a major U.S. city will find out if Elon Musk can revolutionize rail travel.

The Chicago Express Loop plans to whisk passengers between the air hub and the center of the Windy City in just 12 minutes. The new route would utilize the dormant Block 37 underground superstation built downtown under previous Mayor Richard M. Dailey.

The travel time will be three to four times faster than other transportation options currently available, including rail’s CTA Blue Line and Metra, which both serve O’Hare with increasingly crowded trains.

The project’s cost has been estimated by Boring at less than $1 billion. The city and The Boring Company are in negotiations. It’s undecided what entity would own the twin tunnels.

The Chicago Express Loop will consist of high-speed electric skates that are modified Tesla Model X automobile chassis. The autonomous vehicles will carry either a single passenger or between eight and 16 passengers at speeds ranging from 125 to 150 miles per hour.

For Chicago, it’s a gamble. The technology has only been tested as a prototype without human passengers, and the city says the project will be 100% privately financed by The Boring Company. It’s a win for Musk, who has feuded with the media and analysts as Tesla laid off 9% of its workforce and revised downward delivery estimates for the Model 3 sedan. Since May Musk has spent $25 million of his own money to buy Tesla shares on the open market.

The Boring Company says the electric skates could run as frequently as every 30 seconds. The Chicago Express Loop will operate 20 hours per day, every day of the week.

The company was one of two teams selected in March to submit proposals by CIT, which was intent on delivering an express service option between downtown Chicago and O’Hare.

The current total daily number of passengers traveling between O’Hare and the Chicago Central Business District is currently about 20,000. The city said it expects that number to grow to at least 35,000 daily passengers by 2045.