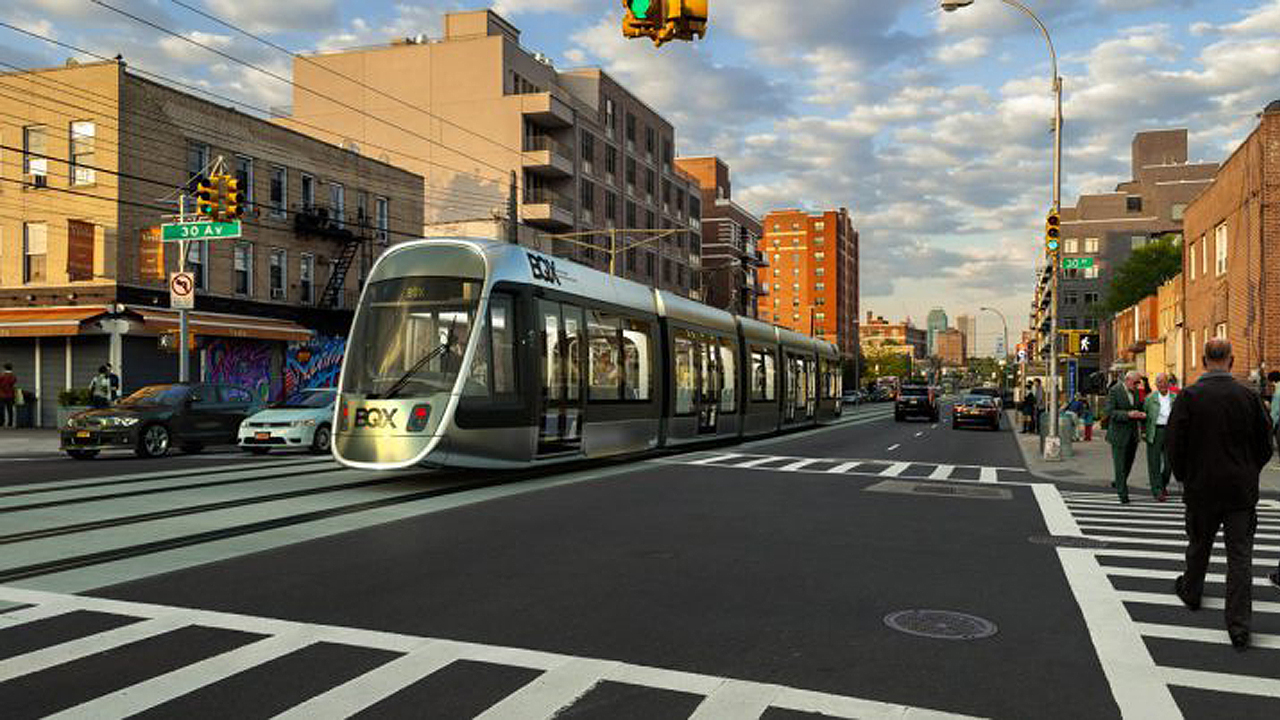 A proposal to build the Brooklyn Queens Connector, a streetcar line linking the New York City boroughs of Brooklyn and Queens, took a step toward reality Feb. 6 as the city’s Economic Development Corporation approved a key contract.

VHB Engineering, Surveying, Landscape Architecture and Geology, P.C., an architecture, engineering, and environmental consulting firm, won a contract of up to $7.2 million to conduct an environmental review that is required before construction can begin.

The Brooklyn Queens Connector, or BQX, would run for 11 miles along the East River waterfront, an area of the city that is underserved by other forms of public transit. The route, which has been revised since the original 2016 study, will link Astoria in the north with Gowanus in the south via Queensbridge, Long Island City, Greenpoint, Williamsburg, Brooklyn Heights and Red Hook. An LRV facility would need to be constructed with capacity for 40 vehicles. Overhead catenary with a 750V DC supply would be installed along the entire route.

“The BQX will link long-disconnected neighborhoods and shorten commutes for over half a million New Yorkers who live and work along the Brooklyn and Queens waterfront. It is a 21st century solution to our city’s transit challenges, and we’re excited to move the project forward,” a spokesperson for the Economic Development Corporation said in a written statement.

Plans for the BQX were announced long before Amazon announced it would build its second headquarters in Long Island City, one of the neighborhoods that the streetcar would serve. Even prior to that news, the city estimated some 50,000 riders would use the line daily.

Under the terms of the contract, VHB will “prepare a comprehensive compliant environmental review” as well as help to prepare and file applications required under the city’s Uniform Land Use Review Procedure (ULURP) rules. An environmental review that adheres to standards set by the federal National Environmental Policy Act would preserve the city’s ability to use federal funds for the construction of BQX and ensure that work meets permitting standards set by the United States Army Corps of Engineers or U.S. Coast Guard related to construction in navigable waters.

BQX construction is expected to begin in early 2024, with the line opening in mid-2029.