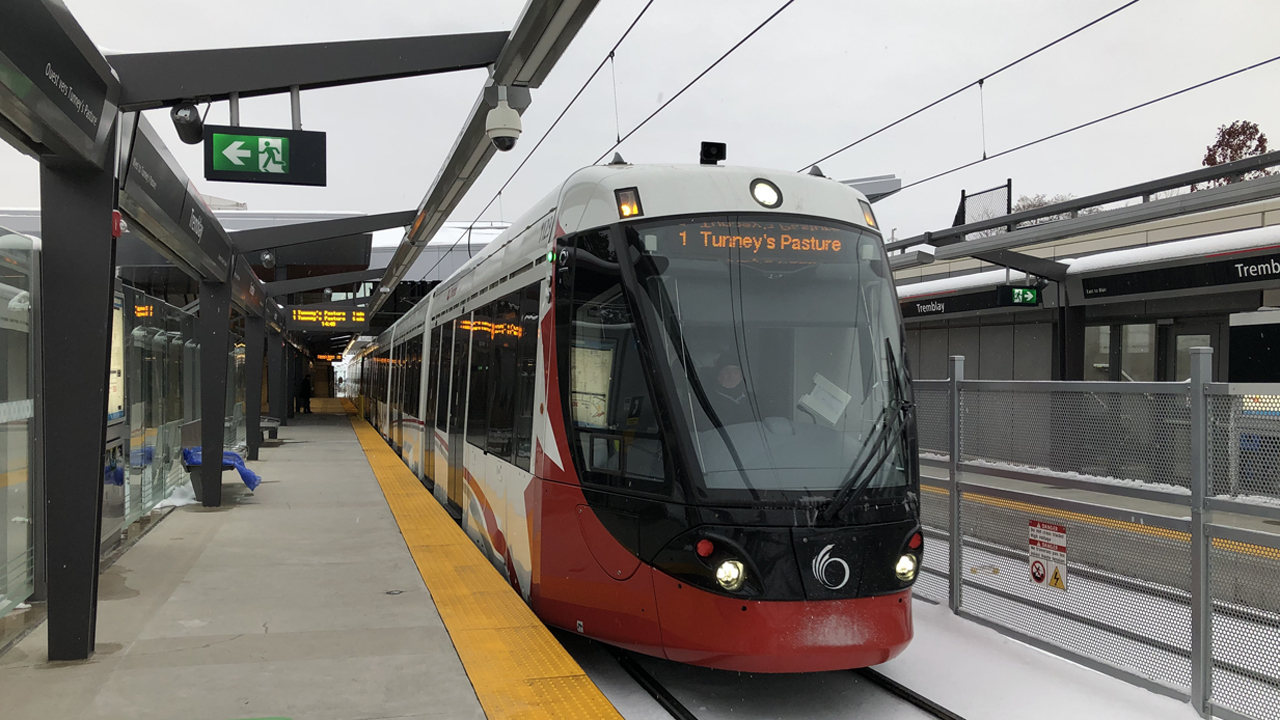 The Confederation Line runs 12.5 kilometers and connects Ottawa’s Tunney’s Pasture and Blair Stations. The project consists of 13 stations—three of which are located within a 2.5-kilometer twin-track tunnel under downtown Ottawa—a vehicle maintenance and storage facility; Alstom light rail vehicles; traction power substations and other associated infrastructure; and a Thales CBTC system. It’s described as “the first conversion of an exclusive BRT (bus rapid transit) line into LRT in North America.”

Initial ridership forecasts showed that the Confederation Line would serve upwards of 10,700 passengers per hour in each direction during peak travel times. With Ottawa’s population expected to increase by at least 30% by 2031, “it was critical for the system to be developed so that existing infrastructure could meet current demand while remaining responsive and adaptable to the anticipated surge in ridership growth,” the joint venture said. “The service runs zero-emission electric trains that reduce carbon dioxide emissions, and the system was designed and built to better integrate with Ottawa’s bicycle infrastructure network.”

The project is eligible for additional honors as part of a record 203 entries this year representing engineering excellence from throughout the nation and the world. Judging for the awards program took place in February and was conducted by a national 35-member panel of built-environment leaders, along with experts from government, the media and academia. Award criteria focused on uniqueness and originality, technical innovation, social and economic value, and generating excitement for the engineering profession.

Recognition of all award winners including top winners—20 Honor Awards, 16 Grand Awards and the prestigious “Grand Conceptor Award” for the year’s most outstanding overall engineering achievement—will take place at the annual EEA Dinner and Gala, originally scheduled for April 28, but will now take place in September on a date and location to be determined.