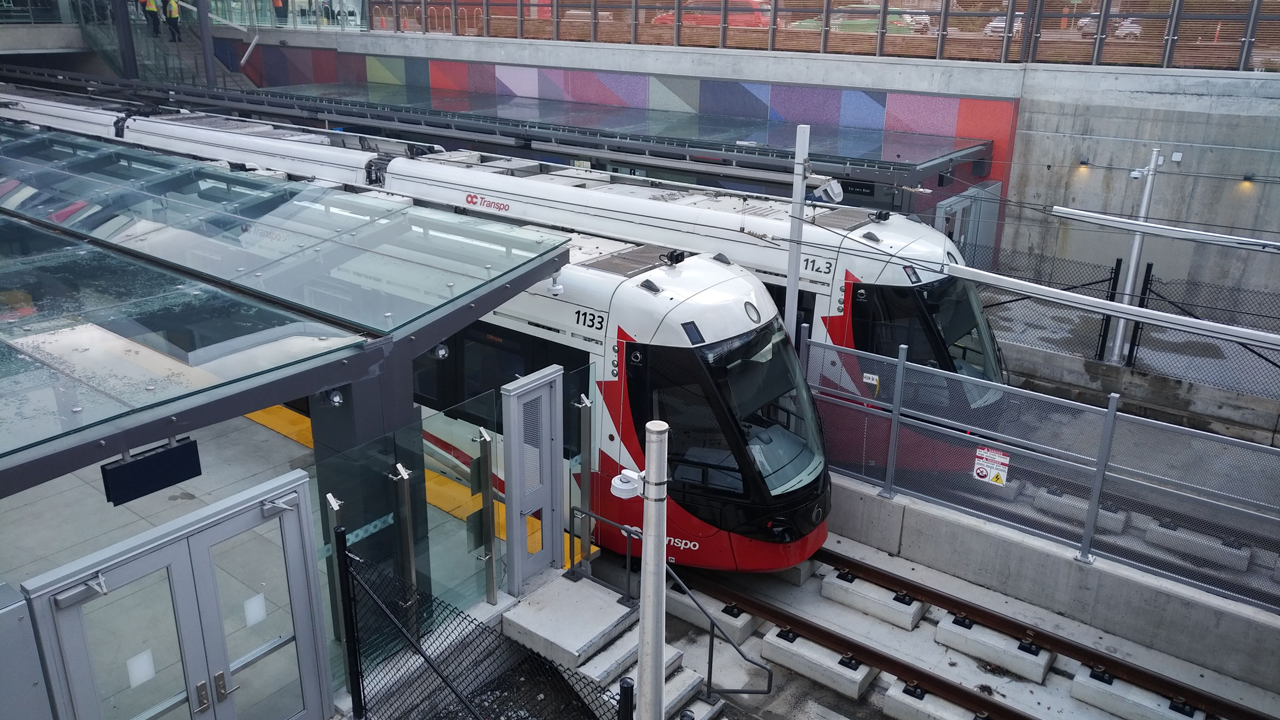 SeTrac, a CBTC technology originally developed in the 1970s*, uses wayside-to-onboard telecommunications “for effective traffic management,” Thales noted. “This allows trains positioning to be demonstrated more accurately to signaling operators (dispatchers) compared to other traditional systems, resulting in a more efficient and safe way to manage light rail traffic It will also provide major energy savings while carrying up to 10,700 passengers per hour in each direction, with the potential to grow up to 24,000 passengers per hour in each direction in the years to come.”

“Providing the city of Ottawa with our state-of-the-art Thales’ urban rail signaling technology solidifies our position as a leader in the provision of complex signaling systems for light rail applications in Canada and internationally,” said Vice President and Managing Director Urban Rail Signaling Dominique Gaiardo. “Thales successfully delivers innovative, fast and reliable transportation solutions around the world, and we are committed to the continued service of cities and their transit users in Ottawa and across the country. [This] continues the advancement of a strong year of growth for Thales in Ottawa and throughout Ontario, following contract awards for signaling solutions on the O-Train Confederation Line’s extension project as well as the Toronto-based Finch West LRT.”

* SelTrac was originally developed in the 1970s by Standard Elektrik Lorenz of Germany for the Krauss-Maffei Transurban, an automated guideway transit system proposed for the GO-Urban network in the Greater Toronto Area in Canada. Although the GO-Urban project was never built, the Transurban technology was acquired by an Ontario consortium led by the Urban Transportation Development Corporation (UTDC), and adapted to become its Intermediate Capacity Transit System (ICTS). This technology was first used on the SkyTrain network in Vancouver, B.C. and the Scarborough RT in Toronto. SelTrac was primarily supplied and developed by Alcatel, through a Toronto-based subsidiary. SelTrac is now supplied by Thales Canada, after it purchased many of Alcatel’s non-telecommunications assets. New versions have been developed for different markets, and today SelTrac is used for train control systems around the world. The original SelTrac system was based on inductive loops that provided a communications channel as well as positioning information. In newer version, the control signal is transmitted inside the running rails at radio frequency using IEEE 802.11 (WiFi) access points.