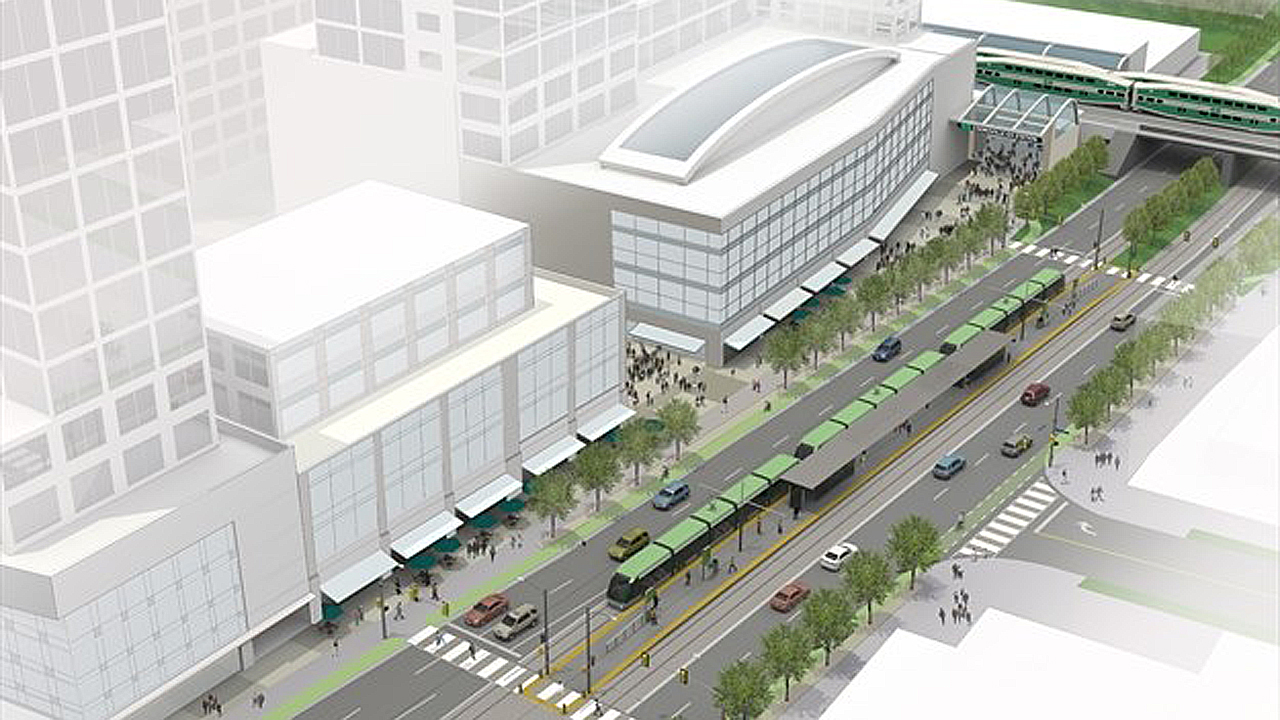 Metrolinx, the Government of Ontario’s transit funding, planning and construction agency, recently announced cutbacks to the Hurontario Light Rail project in. The stated reason for the changes was to help reduce Ontario’s multi-billion-dollar budget deficit.

The most significant item was elimination of the Mississauga City Centre/Square One Shopping Mall Loop. This would have served a major shopping mall, bus terminal and office complex. Two stations will be withdrawn from the project as a result. Although this involved just 2.4 kilometres (1.4 miles) of route, the portion within the mall would have required expensive tunnel or elevated construction.

Mississauga Mayor Bonnie Crombie expressed dismay at the news, but hoped that the Loop could be reinstated at a future date, possibly with alternate funding. 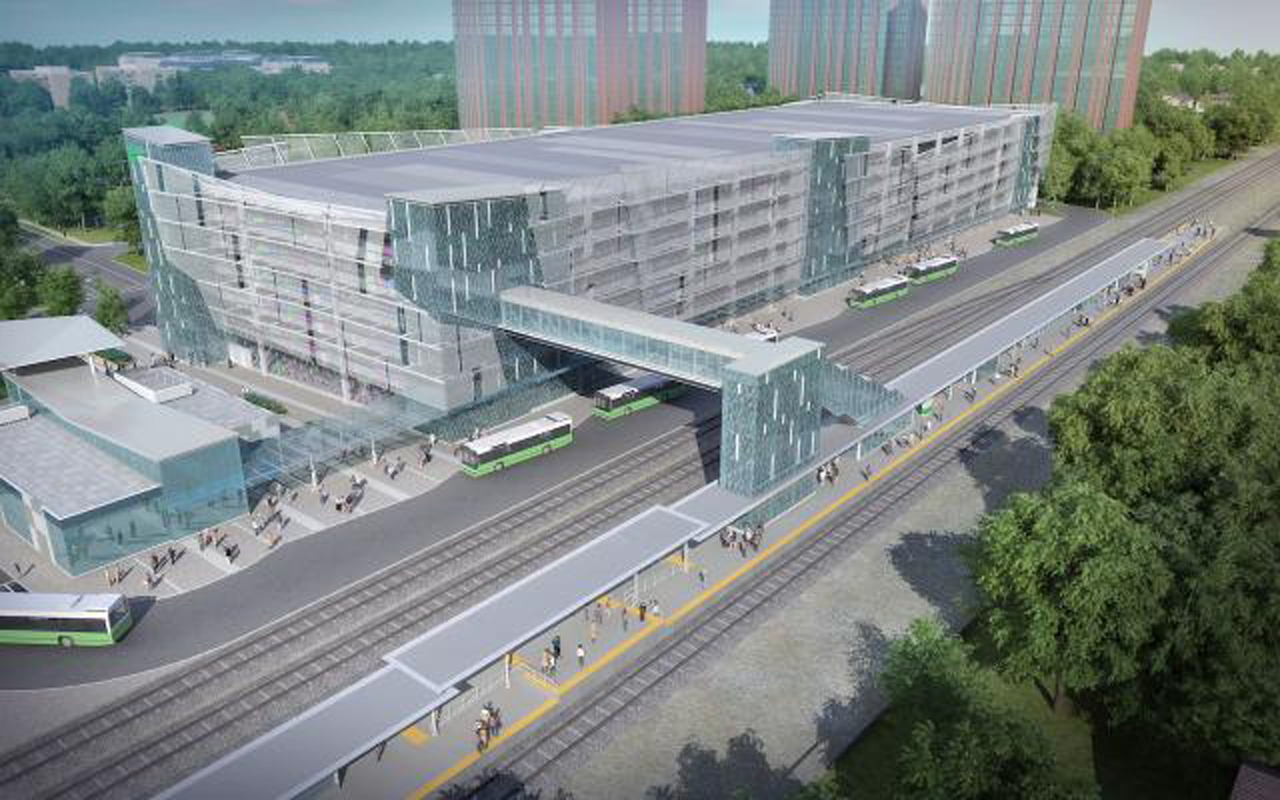 Rendering of the new parking garage and other improvements at the Cooksville GO Transit station. The pedestrian bridge has been eliminated due to funding cutbacks. Image courtesy of Metrolinx

The estimated total cost of the Hurontario LRT is C$1.4 billion, most of which is Provincial funding. It was not confirmed if this was the price before or after the project reductions.

The line will extend 18 km (11 miles) northward from Lakeshore Road East (near Lake Ontario), where it would connect with GO Transit Lakeshore West Line trains at the Port Credit Station, to Brampton Gateway Terminal, with 19 stations. It will be primarily a surface operation. 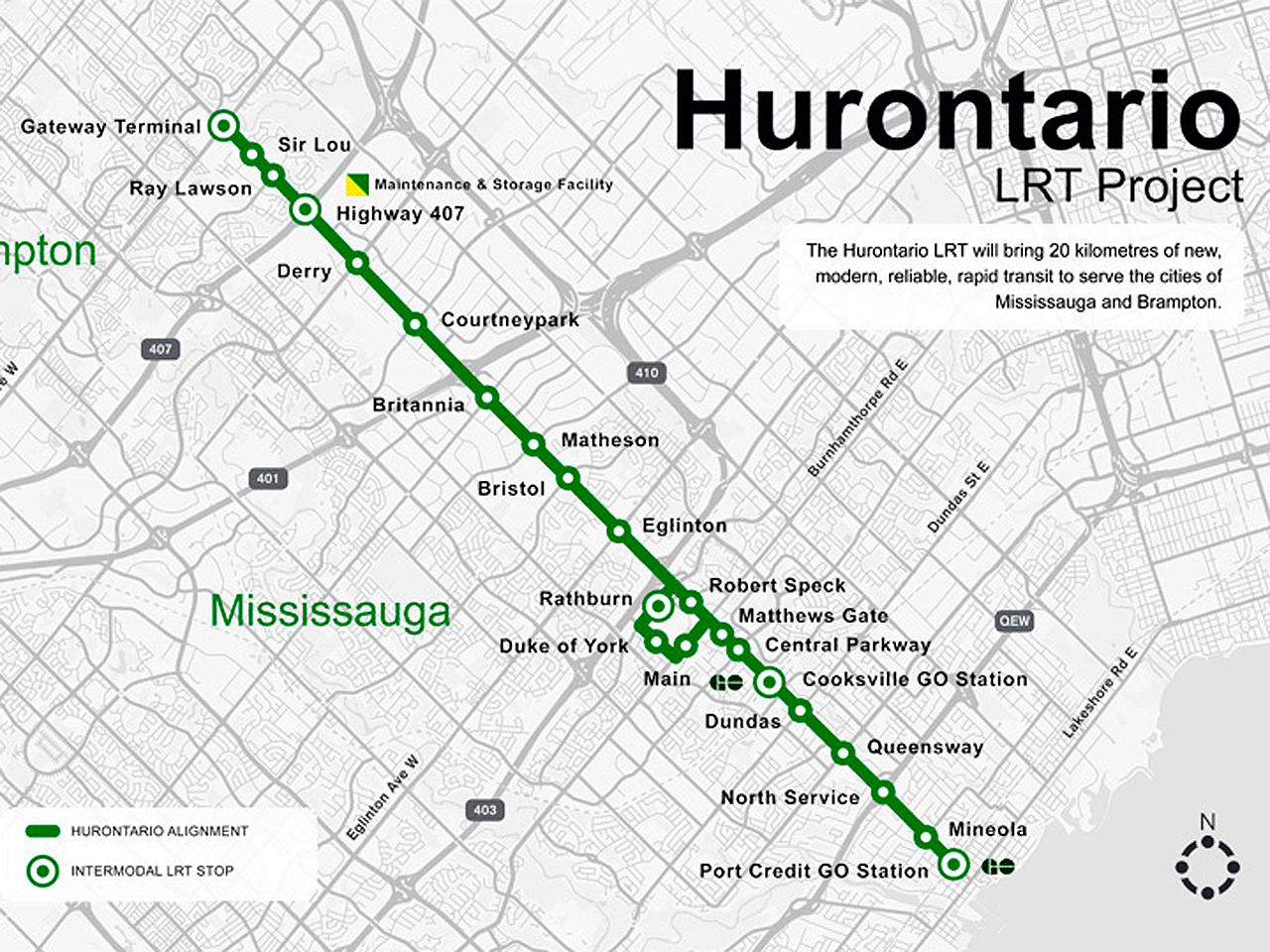