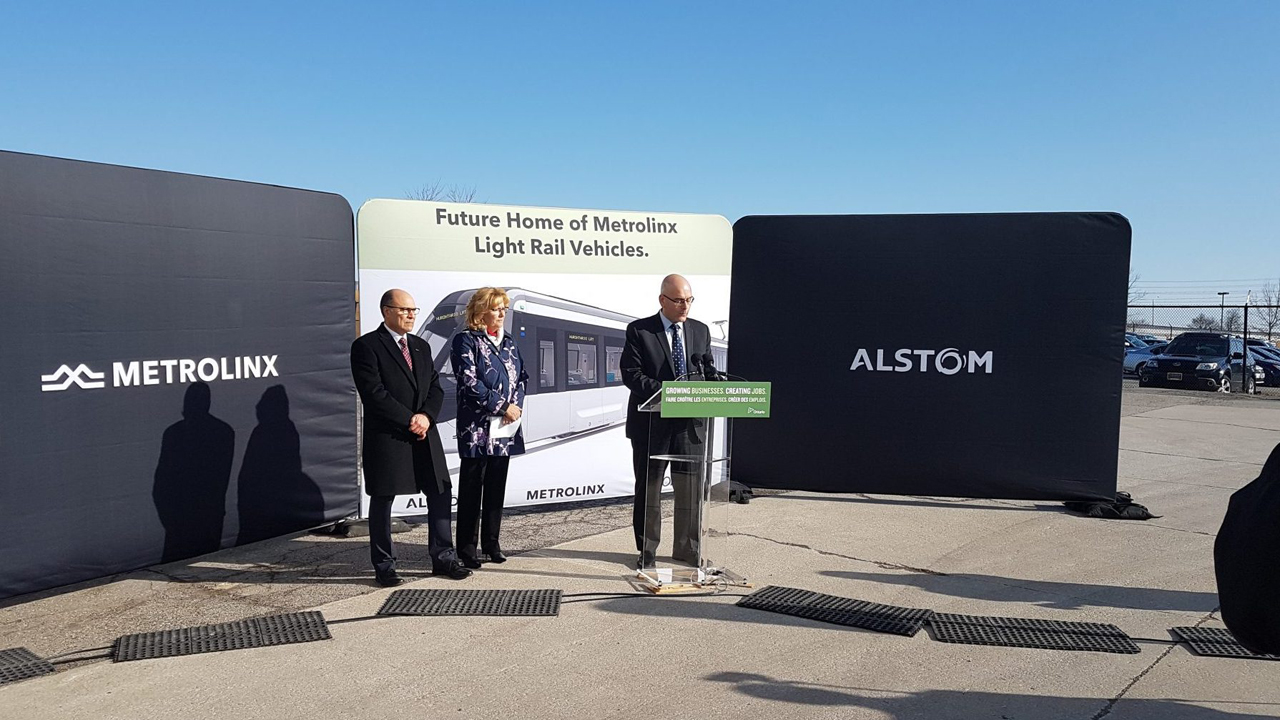 Alstom Canada has leased a large industrial building in Brampton, Ontario, northwest of Toronto, for the assembly of its Citadis Spirit LRVs. Debro Steel formerly occupied the building, located on the south side of CN's east-west access line that serves MacMillan Yard, Toronto’s main classification yard.

The structure is situated at 7 Blair Road, Brampton, on 7.7 acres of land. It provides 174,668 square feet of interior space, complete with an interior rail siding that runs the length of the building. There is 2,000 square feet of space available for offices.

The facility is equipped with five drive-in entrances for trucks, and several cranes, up to 20-ton capacity. One hundred to 120 jobs are being created here, and the maximum monthly production capacity will be three vehicles.

The plant will be used for the construction of the 61 LRVs that are under contract with Metrolinx, at a value of C$528 million. Metrolinx has an option with Alstom for an additional 44 cars.

The LRVs are intended for the Finch West and Mississauga LRTs, on which work begins this year. They may also see service on the Eglinton Crosstown LRT in Toronto, presently under construction, and the Hamilton Street Railway project, on which work commences in 2019.

Production is scheduled to get under way in May, with the first LRV leaving the plant for operational testing in December, at the Finch West and Mississauga maintenance yards. The cars will have 25% Canadian content. All material (components) will arrive at the plant by truck; final assembly occurs at the Brampton plant.

Alstom has also been building 34 Citadis LRVs for the Ottawa Confederation Line LRT, scheduled to open this December, with work being done at the customer’s Belfast LRT shop. The main difference from the Metrolinx LRVs will be an operating voltage of 750 volts, rather than 1,500.

Alstom Canada has also won a contract worth approximately C$300 million to construct 38 Citadis Spirit LRVs for the Stage 2 approved extensions of the Ottawa LRT. The line will be extended 7.50 miles eastward, and 9.32 miles westward, with opening scheduled for 2023; construction begins in 2019. 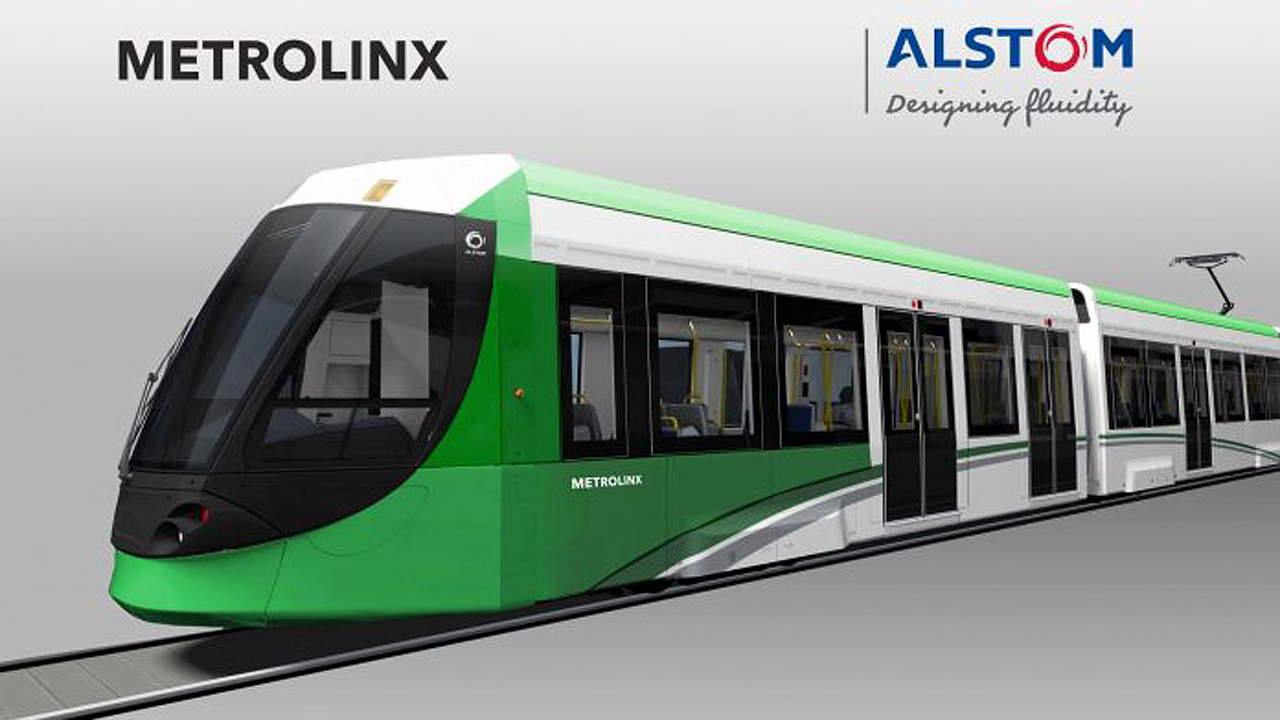