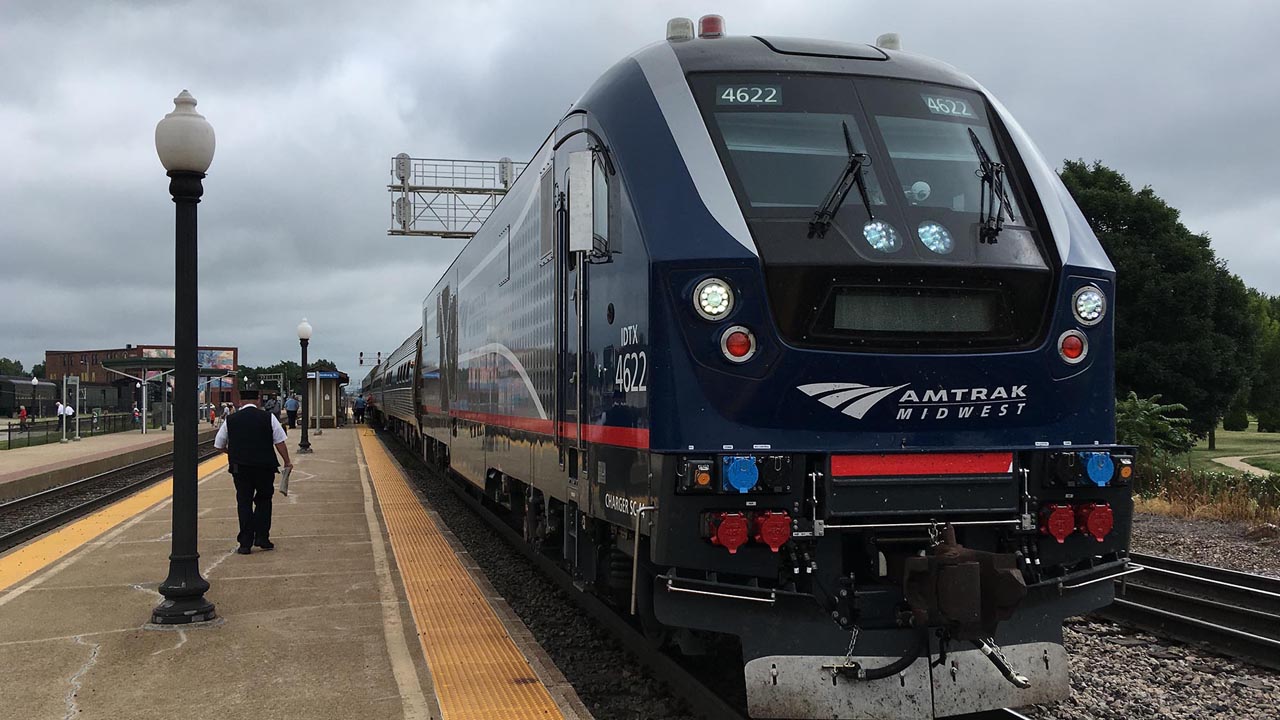 The Midwest High Speed Rail Association (MHSRA) is celebrating funding commitments for new Amtrak routes and a new dedicated fund for transit projects in its home state of Illinois.

The Illinois state legislature has appropriated $500 million to begin two new Amtrak services from Chicago to the Quad Cities and to Rockford—and eventually Dubuque, MHSRA announced. The Quad Cities have built a station, and the State of Illinois is committed to doing its part.

“Perhaps the single biggest achievement is the doubling of the state’s gas tax,” MHSRA said in a press release. “This effectively restores the power of the tax that had been lost to inflation since it was last adjusted nearly 30 years ago. (It’s worth noting that transit fares have roughly doubled over the same period.) And, the tax will now be indexed to rise with inflation every year.”

The gas tax, MHSRA noted, goes into a fund that pays for transportation projects around the state, such as the annual costs of operating Amtrak trains. Now, a portion of gas tax revenues will be placed into a dedicated fund for transit upgrades. This aims to create a “steady, reliable funding stream that can be used for Metra upgrades needed to lay the foundation for high-speed service around the Midwest.”

MHSRA added that Illinois “has committed $100 million for track upgrades to the CN-owned railroad that hosts trains between Chicago and Carbondale. This should address slow speeds and frequent delays on this line.”

In addition, there’s $400 million going toward CREATE rail projects in Chicago, such as the massive 75th Street project on Chicago’s South Side, which will unclog a number of lines used by Amtrak and Metra trains, according to MHSRA. The package also includes $50 million in new, dedicated funding for biking and walking projects.

“Tthere’s an interesting provision in the bill that would let the state cooperate with a private developer to build a new Amtrak/Metra/CTA megastation in Chicago’s South Loop as part of a vision called One Central,” MHSRA noted. “This project is still in a conceptual stage, but could serve as a temporary terminal for high-speed trains before CrossRail Chicago is completed.”

“This legislation addresses the backlog of smaller, individual projects,” MHSRA added. “Now it’s time to look forward and think big. With an improved, reliable funding stream in place, the next step is for Illinois to craft a bold, statewide vision for passenger rail and coordinate a similar vision for the entire Midwest.

“There are sections of new, high-speed track—and upgrades to existing track—that can serve multiple routes and create benefits that are much more than the sum of their parts. But before we can identify those projects, we need a plan with a vision for a robust network of trains.”