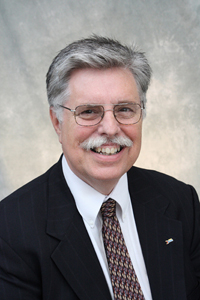 Amtrak Wednesday said it was on pace to "set another new annual ridership record, as passenger counts across its national network for the first six months of fiscal year 2012 (October 2011-March 2012) are up 3.7% over the same period last year, when the current record was established."

The National Rail Passenger Corp. said all Amtrak sectors “experienced growth in the first half of FY 2012 as compared to the same period the prior year, including the Northeast Corridor (up 5.2%), long-distance trains (up 3.0%) and state-supported and other short-distance routes (up 2.7%.) This ridership growth continues a long-term trend that has led to eight records in the last nine years, including 30.2 million passengers in FY 2011.”

“Amtrak achieving ridership records is important, but it is more critical that the right infrastructure be in place to continue this trend in the years to come and to provide safe, efficient and reliable rail transportation for all current and future passengers,” said President and CEO Joe Boardman (pictured at left). “To do this in the Northeast, we must advance our proposed Gateway Program, as it is essential for the future growth and economic development of the entire region.”

Boardman’s reference to Gateway follows a public political spat Tuesday, in which New Jersey Gov. Chris Christie defended his rejection of an earlier plan, Access to the Region’s Core (ARC), over cost concerns. A report by the General Accounting Office was interpreted as disputing several of Christie’s cost assumptions. The Gateway Project has been advanced in part by New Jersey’s two U.S. Senators, Robert Menendez and Frank R. Lautenberg (both Democrats).

Unlike the ARC proposal, however, the proposed Gateway Program would be overseen largely by Amtrak, and be more thoroughly integrated into existing Northeast Corridor operations. ARC, by contrast, was spearheaded by New Jersey Transit, which envisioned a six-mile, stub-end railroad paralleling the NEC but not integrated with it, terminating underneath Macy’s Department Store in Manhattan. Amtrak’s role in the ARC proposal was limited.

Boardman said the NEC in particular has seen strong ridership growth in recent years and demand for passenger rail service on this line is expected to significantly increase as population grows, highway and airport congestion worsen, and gas prices rise throughout the region.

Ridership numbers for the NEC in the first six months of FY12 showed Northeast Regional service (Washington-Boston) up 8.2% over the comparable six months in FY11. Keystone Service (New York-Philadelphia-Harrisburg) was up 4.0%.

Amtrak Virginia services were notable standouts, with the Washington-Lynchburg, Va.. service up 27.4%, and the Washington-Newport News segment up 16.0%. The North Carolina Piedmont (Raleigh-to-Charlotte, N.C.) rose 15.1% for the first six months of FY12 compared with one year ago.

In the Midwest, the Chicago-St. Louis corridor served by Lincoln Service trains and the long-distance Texas Eagle offered a combined ridership gain of 10%, Amtrak said. The Heartland Flyer (Oklahoma City-Fort Worth, Tex.) scored the highest percentage hike in the Central U.S., up 10.6%, Amtrak said. Both routes are the subject of new technology deployments, with demonstrations of 110 mph Lincoln Service trains planned for this fall and a new train control system installed on the Heartland Flyer, Amtrak added.

Among long-distance routes, Empire Builder (Chicago-Seattle/Portland) notched a 6.6% gain for the six months, with the Coast Starlight (Los Angeles-Seattle) up 5.7%.