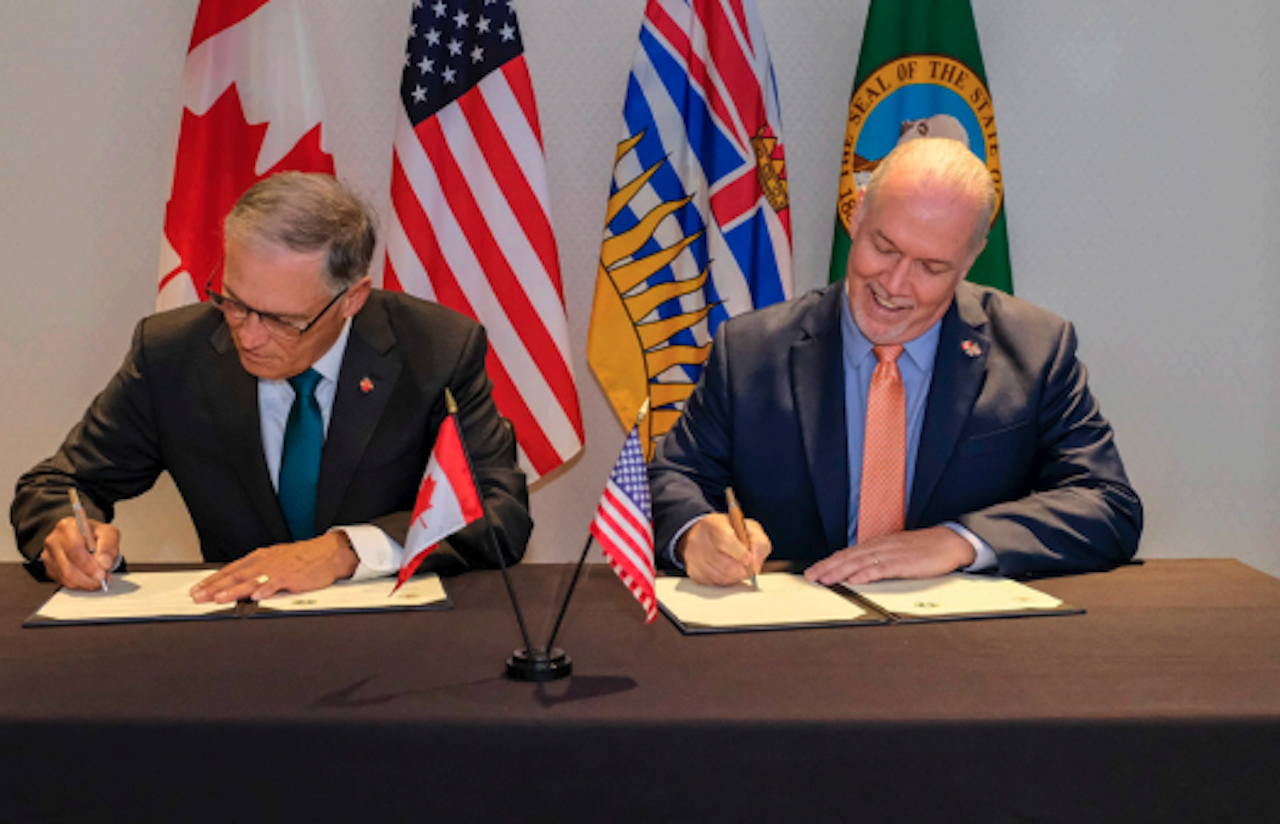 The Washington State Department of Transportation (WSDOT) and the Province of British Columbia (B.C.) are supporting the feasibility of a high-speed rail service connecting Vancouver, Seattle and Portland with $4 million in funding and a $300,000 investment, respectively, toward the next phase of the Ultra-High-Speed Ground Transportation (UHSGT) project.

The Pacific Northwest Rail Corridor (PNWRC) is a 462-mile federally-designated high-speed rail corridor that serves the most densely populated areas of the Cascadia megaregion—networks of metropolitan regions with shared economies, infrastructure and natural ecosystems—linking Vancouver, B.C. to Seattle, Portland and Eugene, Ore.

According to WSDOT, this study is to see how UHSGT might “serve as a catalyst to transform the Pacific Northwest” and position this megaregion for “global competitiveness and future prosperity.”

UHSGT, WSDOT says, is not intended to replace the Amtrak Cascades intercity passenger rail system funded by WSDOT and the Oregon Department of Transportation (ODOT) but would be “an additional travel option that would serve to promote ridership through connections to other travel modes.” UHSGT, WSDOT adds, won’t stop everywhere in this corridor. The analysis is evaluating route and station options.

The evaluation criteria for where UHSGT can be considered feasible include:

According to the Province, the next phase of the study, which is also in partnership with Oregon and other regional and local agencies, intends to:

According to WSDOT, the Washington State Governor’s Office and state Legislature asked WSDOT to study UHSGT from Vancouver, B.C. to Portland, Ore. Regional business and government leaders, WSDOT says, “believe enhanced interconnectivity would allow Cascadia to better manage the megaregion’s population and economic growth potential and maximize public transportation benefits.” Such a system, it adds, is “envisioned to be about much more than transportation. It also could result in better access to jobs, affordable housing, shared resources, increased collaboration and economic prosperity.”

During the 2022 legislative session, the Legislature allocated WSDOT the $4 million for additional analysis and development of an expanded framework for future work on the project, and $150 million to be used as matching funds to leverage federal funding opportunities over the next six years. WSDOT says it is determining the next phase of work and how it will be undertaken in coordination with a Policy Committee and consultant support. A report will be submitted to the Governor and Legislature by June 30, 2023.

“I want to thank our partners in B.C. and along the West Coast as we continue making progress toward a high-speed rail system that will strengthen our economic and cultural bonds and transform how we travel,” said Washington Gov. Jay Inslee. “This is one more example of our shared belief that innovation drives prosperity and a more sustainable world for everyone.”

On Oct. 10, 2018, Premier John Horgan and Gov. Inslee signed a memorandum of understanding (MOU) to “act jointly to grow the region’s innovation economy, protect the environment and combat climate change, promote trade and improve transportation connectivity.” And in Nov. 2021, a new MOU between B.C., Washington and Oregon was executed that “committed the parties to continue advancing activities that support the program.”

According to the Province, results from pervious phases of the study show the project presents significant benefits, such as:

“Increased economic activity, job creation and GHG reductions are some of the many benefits of a high-speed rail connection along the Pacific Northwest,” said Premier’s Liaison for the State of Washington Rick Glumac. “Following the success of initial reports, I am pleased by our government’s commitment to support the next phase of this project. I look forward to working closely with my contacts south of the border on this exciting opportunity.”

DOWNLOAD THE EXECUTIVE SUMMARY FROM THE DEC. 2020 STUDY BELOW: