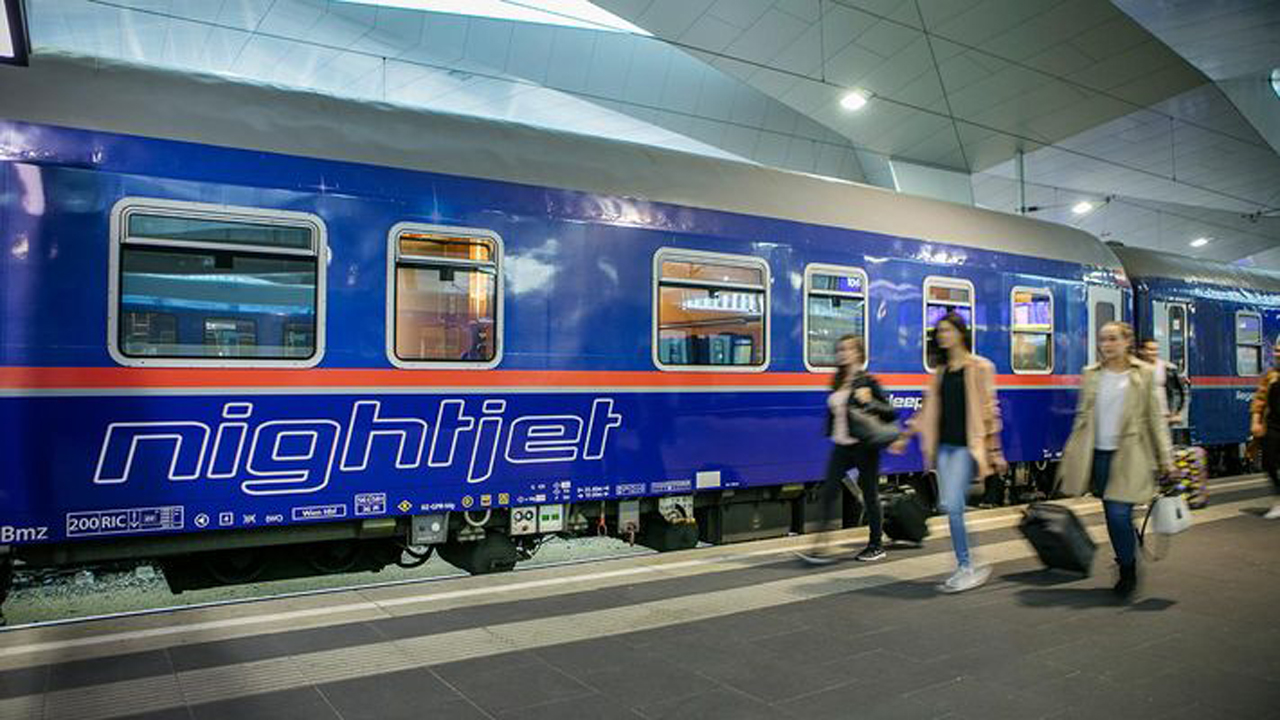 In some cases, governments that previously took a laissez-faire approach to overnight trains are now interested in directly funding them as an alternative to increased air travel.

Such moves have already led to complaints from the Alliance of Rail New Entrants (AllRail) that subsidized services may compete unfairly with services offered by open-access companies. AllRail argues that instead of paying subsidies to incumbent operators, as Austria does to Austrian Federal Railways (ÖBB) for its Nightjet services, governments should use the money to reduce track access charges for all commercial long-distance operators while also incentivizing integrated ticketing for all operators.

Nevertheless, German open-access operator FlixTrain has applied for paths to operate a Paris-Nice overnight service from 2021 and is reportedly in discussion with the French government about possible funding for the service.

While major European railways were rapidly withdrawing their overnight services between 2014 and 2017, and German Rail (DB) shut down its entire City Night Line overnight train network in 2016, ÖBB was taking a radically different approach with its Nightjet brand as it could see a future for night trains to compete with budget airlines. Indeed, ÖBB eventually took over parts of the DB network.

The main Nightjet network serves over 25 cities in five countries. Most Nightjet services also convey wagons to transport cars and motorbikes. ÖBB achieved a 10% growth in passenger numbers on its Nightjet network during 2019 with more growth expected in 2020.

Last month, ÖBB extended its daily Vienna-Düsseldorf Nightjet service to Brussels on two days a week. From December 2020 through coaches will operate daily between Vienna and Amsterdam in cooperation with Netherlands Railways (NS). The Dutch government has offered funding of €6.7m for the 2021-2024 period but expects the service to become self-financing eventually.

DB managers have said publicly that DB is now interested in looking at the overnight market again, but in conjunction with partners such as ÖBB, having sold off much of its overnight fleet, with some of the most modern vehicles going to ÖBB.

“Right now, DB is not planning to offer its own classic night train services again,” DB told IRJ in mid-November 2019, adding that while DB will continue to operate overnight ICE and IC services, it will also “cooperate with ÖBB to operate a night train between Zürich and Berlin/Hamburg starting in December 2019. The night IC will run combined with the classic ÖBB overnight train on these routes.”

Swiss Federal Railways (SBB) has also announced it will work with ÖBB to provide more capacity on the often sold out Vienna-Zürich overnight service by adding couchette cars to the train.

ÖBB has ordered 13 seven-car sets of overnight coaches from Siemens at a cost of €200m for use on the core Nightjet network and in particular on services to Italy. Each train consists two seating coaches, three sleeping cars and two couchette cars. ÖBB also plans to create more couchette cars by converting existing daytime coaches. In October 2019, ÖBB issued tenders to lease sleeping and couchette cars that can be used in Germany, Denmark and Sweden, suggesting that the Nightjet network may be expanded further north in 2022.

The only other European manufacturer to have produced new sleeper rolling stock in recent years is CAF, which supplied 75 Mark 5 coaches to British franchise operator Caledonian Sleeper.

The trains were funded by both the British and Scottish governments at a cost of €200 million. The 160km/h vehicles have been in service on all the routes connecting London with Scotland since October 2019. Proposals are under discussion for a domestic sleeper service in Scotland connecting Thurso with Edinburgh and Glasgow using some of the redundant Mark 3 Caledonian Sleeper vehicles.

In 2005, IRJ successfully led a campaign to save the London-Penzance Night Riviera overnight service, which was threatened with withdrawal. Since then, the sleeping cars have been refurbished and the train is often fully booked.

Elsewhere in Europe, there has been discussion in France about replacing the Corail couchette cars currently used on the few remaining overnight routes operated by French National Railways (SNCF) under government contract. In neighboring Spain, several overnight services remain although the long-term future of the overnight network is unclear as the Spanish high-speed network continues to expand. In Italy, Trenitalia operates several long-distance overnight routes, connecting the main northern cities and Rome with Sicily and the Adriatic Coast, as part of its national contract to operate loss-making inter-city services.

The Swedish government has asked national transport authority Trafikverket to draw up plans by early this year to introduce overnight trains to other European countries. It is providing US$5.26 million to fund initial costs, with a further US$5.26 million annually from 2020 to 2023.

“Sweden aims to be the first fossil-free welfare nation in the world, and that is why we need to invest more in climate-smart transport alternatives,” the Swedish minister of infrastructure’s press secretary, Karin Boman Röding, told IRJ in November 2019. “Overnight trains from Sweden to the European continent are an important part of this.”

The only international overnight train from Sweden currently operating is a seasonal Malmö-Berlin service provided by Transdev. Domestic overnight services are operated by SJ under contract to the Swedish government between Stockholm and Malmö, and from Gothenburg and Stockholm to Duved, Luleå and Narvik in northern Norway.

Historically, private companies operated many international overnight services, the principal one being Wagon Lits. Today the successor to Wagon Lits, Newrest, is still involved in overnight trains providing onboard services and staff for ÖBB’s Nightjet network.

In Eastern Europe private operators are again running overnight services. Czech open-access operator Regiojet provides overnight services from Prague to Košice in eastern Slovakia. The 15-car trains are well used with up to 700 passengers onboard. Regiojet is planning to introduce a direct overnight train in mid-2020 from Mostyska on the Ukrainian border via Poland to Prague.

Other open-access overnight services include the Paris-Milan-Venice service operated by Trenitalia subsidiary Thello.

The trend toward more night train connections, in part to replace domestic or short haul flights, is not an approach being adopted uniformly in Europe let alone elsewhere in the world. In large countries such as Russia, India and China overnight trains continue to be a staple means of transport with new rolling stock being introduced in Russia and in China where high-speed overnight sleeper trains have been pioneered. CRRC presented conceptual designs for intercontinental overnight trains using the Trans-Siberian route to connect China with Europe at InnoTrans in 2016. Whether these trains will be built remains to be seen.

Overnight trains continue in North America and Australia, often using equipment that is now 30-50 years old. In Canada and Australia, the higher quality services are clearly aimed at tourists and residents with deep pockets. In the United States, Amtrak services are neither deluxe nor budget. For many rural communities away from the coast or big cities, Amtrak trains now represent almost the only public transport available as many long-distance bus routes have ceased to operate in such areas.

Nevertheless, the future for overnight trains looks a lot brighter than it did just a few years and with some imagination and drive, could become a serious alternative to short-haul flights.

Some of the challenges facing night train operators in Europe were explored at a recent conference in Zürich, along with ideas of how to boost the night train revival.

Several reasons were cited for the withdrawal of so many night trains in the last few years. These include sparse publicity, less-than-transparent booking systems, a poor public image, lack of innovation and a general neglect of the whole sector. There was also a lack of vision of the future role night trains could play in the fight against air travel and a failure to recognize that night trains are a unique selling point for rail.

There was discussion on why the revival of night trains has come about so quickly. “Air travel is based on speed of arrival, whereas by train it is utterly different,” explained Roberto Rebaudo, CEO of Thello, the Trenitalia subsidiary that operates the Paris-Venice night train. “It is an experience in every respect, with good food, a bar and various other activities and services.”

Rebaudo also recognized that there are challenges: “The service is sensitive to delays due to customs controls which can take up to 180 minutes, and work on the line.” Operating problems are exacerbated by the amount of freight traffic moving at night. “Coordination between the different authorities is practically non-existent, and there are often no alternative routes. Night trains don’t have any priority.”

With freight trains, night trains and track maintenance gangs all competing for paths, there is a definite need for better planning and coordination. Several speakers also pointed to a lack of goodwill.

“We need the political will as well,” said Werner Schindler, night train tour operations director with Railtour Suisse. “We need 100% reliability. We should be able to offer money-back guarantees and replacement tickets.”

According to Felix Hoesch, member of the Swiss Transport Commission, traveling by rail from Switzerland to London should be possible without going via Paris to provide a realistic alternative to air. “The climate catastrophe is upon us and flying doesn’t help,” he said. “We must have a level playing field; why not multimodal transport, with one ticket for all modes?”

Several speakers pointed out that airlines pay no fuel or sales tax, whereas train operators often pay both. Even when fully booked, most night trains are unprofitable under current operating conditions.

Operators need to push the benefits of overnight rail travel more and capitalize on the growing willingness to find alternatives to air travel. After all, a night train is cheaper than booking a flight and a hotel for the night. 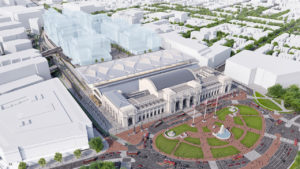 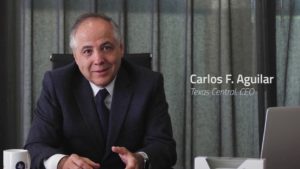