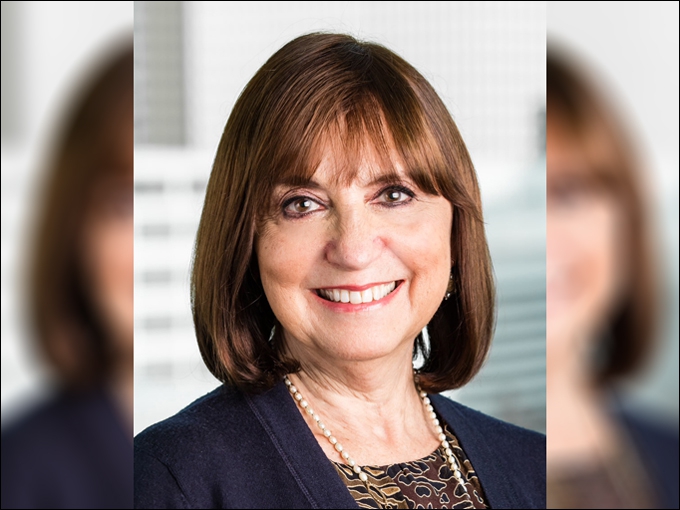 As manager of Technical Programs for the Orange County Transportation Authority she worked with the county, Caltrans, Amtrak and the Santa Fe Railway (now BNSF) to implement the Orange County–Los Angeles commuter rail demonstration project, and managed the nation’s first federally-sponsored Alternative Analysis for the I-5 Transportation Corridor Study.

As founding Executive Director of the Los Angeles–San Diego Rail Corridor Agency (LOSSAN), Greene implemented the rail capital program in Southern California, obtained federal funding for the corridor, and assured its designation as one of the initial five federal high speed rail corridors.

Greene was Principal Consultant and Regional Development Manager for five southern California counties, creating the Southern California Regional Rail Authority (SCRRA) and the joint powers board; developing cost-sharing agreements, and implementing the $1.8-billion financial program for SCRRA’s capital construction and operations. She worked with the State of California for a voter approved bond program to secure funding for Metrolink.

As Manager of Grants and Funding for the Alameda Corridor Transportation Authority (ACTA), Greene implemented the agency’s $2.4-billion financial program for the 20-mile long rail freight corridor. The innovative combination of private and public funding sources and financial mechanisms that she helped develop, including grants, taxes, private sector funds, debt financing and a pre-Transportation Infrastructure Finance and Innovation Act (TIFIA) federal loan, brought the project in on-time and on-budget.

Since July 2013 Greene has served as HDR’s Senior Vice President and Director, International Finance Consulting Practice, and is responsible for leading the company’s global financial advisory services. Projects she has delivered included LA Metro’s P3 program screening process for the agency’s potential P3 projects, as well as developing business cases and Value for Money analysis. She has also provided financial planning and programming for proposed projects totaling more than $15 billion, including a highway and rail transit P3 program for the Sepulveda Pass tunnel; a 60-mile rail and highway corridor between Victorville and Palmdale, Calif., and a freight corridor connecting the ports of Los Angeles and Long Beach with inland distribution centers.

Cited by the U.S. Department of Transportation for her exemplary financial analyses for capital investments, Greene is currently leading development of the funding and financing strategy for the Link US Project to convert Los Angeles Union Station from a stub-end to a through station, to accommodate expansion of intercity, commuter and urban rail services and introduction of high-speed rail service. She also directed a project for the MBTA developing a financial model and New Starts financial plan for extending the Green Line rail line. For the CTA she led the enhancement of its financial model and the development of funding and financing strategies for the Red/Purple Line modernization and Red Line extension projects.

Beyond the projects that she worked on, Greene’s strong commitment to the industry is reflected in her role in shaping federal funding reauthorization proposals to Congress and in educating transit industry personnel about transit finance. She served as Co-Chair of the American Public Transportation Association’s (APTA’s)Transportation Reauthorization Task Force that developed recommendations that would enhance and modify MAP-21, focusing on funding allocations and program structure that were included in the FAST Act. Greene currently serves on APTA’s Board of Directors and the Legislative Steering Committee. Focusing on innovation and leadership in transportation, she has served on APTA’s Executive Committee, co-chaired the Governance Task Force and chaired the Business Member Board of Governors and the Municipal Finance Committee. She also currently chairs the Legislative and Policy Committee of APTA’s national Committee on Public-Private Partnerships.

Her activities in transit finance education include serving as Chair of the Transit Cooperative Research Program that develops funding recommendations for transit research projects, and she has taught Transportation Financial Planning for the National Transit Institute. She has also been a leader in planning and delivering Transportation Research Board’s National Financing Conferences and APTA’s Finance Practicum. Greene was a Founding Board member of a grass-roots organization that supports public transportation in California and is a member of the California Transit Association’s Finance and Management committee and its Federal Legislative committee.

At the Conference Of Minority Transportation Officials’s (COMTO’s) 2017 Celebrating Women Who Move the Nation, Greene received the annual Private Sector Award. APTA awarded Greene its 2011 Outstanding Public Transportation Business Member of the Year award. She has also received numerous citations and commendations for her work and her industry contributions over the course of her career.

Getting Congress to understand the need for public transportation funding can be a real challenge, but telling Members of Congress how those dollars flow down to the private sector is a winning message. Greene recognized the importance of private sector advocacy and she created new programs to engage business members with Congress. Those efforts included an Adopt-a-District program, linking companies with Members of Congress and developing an on-going relationship. The program included bringing legislators to company plants and offices to learn about the company’s products and services and getting them to meet company employees and the legislators’ voters. To emphasize the fact that transportation funding flows down to the private sector, as well as supporting transportation operations and projects, she encouraged private sector companies to visit Congressional representatives in Washington and to make the business case for federal funding.

Greene’s extensive knowledge about transportation funding and finance, and her leadership in engaging the private sector to carry their message to Congress, has been important in the expansion of new public and private rail projects and strengthening the rail industry.

In the private sector, Greene is an internationally recognized leader is the field of transportation finance and economics, with specific focus on the rail industry. She is a member of HDR’s transport leadership team, and has chaired or co-chaired numerous committees, working groups, and governance boards throughout the country.

The Santa Fe railroad presented Greene with a major challenge when she became the Executive Director of LOSSAN. After agreeing that the corridor could accommodate additional passenger rail service, including commuter rail service to Los Angeles and San Diego, the railroad insisted that there could be no increase in service until the line was re-railed from San Diego to Los Angeles. The railroad estimated that this project would cost $52 million, so Greene started looking for money!

She started with CalTrans and found that they had $8 million for intercity passenger rail service that could be used for LOSSAN. Then she talked to the counties and found that they all had their own set of issues: Whether intercity trains could be operated at peak commute hours; how frequent intercity and future commuter rail service could be; could new stations be added in each county, and how long would it take to get commuter rail service to Los Angeles or San Diego. All of the counties had their own particular issues, which Greene compiled and prioritized for future consideration, obtaining $8 million from each county and Amtrak to match CalTrans’ funding to re-rail the corridor, and met the Santa Fe’s requirements. The completion of the re-rail project permitted the immediate addition of a new station in Los Angeles County, schedule adjustments, an additional intercity round trip, and future accommodation of Metrolink and North County Transit’s Coaster to provide commuter rail service between San Diego and Los Angeles, as well as additional Amtrak service in southern California.

Outside of the industry, Greene founded a non-profit organization promoting cottage industries for Ethiopian artisans. The organization, WEAV (Woven Ethiopian Art Visions), was devoted to supporting a network of Ethiopian weavers and craftsmen and women and to create a market for their handiwork. At Congregation B’nai Israel of Tustin, Calif., she is a founding member of the Sisterhood and the Youth Commission, and a 15-year member of the High Holiday Choir. Greene would probably say that she is most proud being the mother and grandmother of three daughters and five grandchildren. 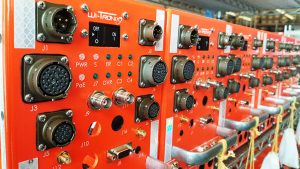