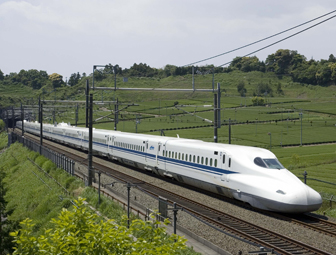 I wish I may, I wish I might, I wish to be an interstate passenger railroad tonight.

Not so fast. Although a proposed Texas Central high-speed passenger railroad seeks from the Surface Transportation Board (STB) an “interstate” appellation, there are statutory pre-conditions first to be met.

This instant case before the STB is significant because what the proposed Texas Central seeks is a protective cloak making it possible to evade Texas law that could slow or prevent the use of eminent domain power to acquire private property for the right-of-way.

Texas Central seeks to become by 2021—at a conservative cost estimate of $10 billion—America’s first truly high-speed passenger railroad, operating more than 60 trains daily at speeds of 205 mph along a 240-mile route linking the endpoints of Dallas and Houston. The track would sit atop a 14-foot earthen berm constructed over private range land. And there’s the rub, as much of that land for the right-of-way would be acquired using eminent domain power.

Opponents contend the STB lacks jurisdiction—that the fate of Texas Central should be determined by Texans in Texas.

The alleged lack of STB jurisdiction is tied to the nature of the proposed railroad, which is described by its promoters in state filings as an interurban electric railway that will not be connected to the national railroad network. Federal law does not allow STB jurisdiction over “street, suburban or interurban electric railways not operating as part of the general system of rail transportation.”

Texas Central says that since its passengers could be bused—or even walk—to Amtrak stations in Houston or Dallas, it meets the requirement of being connected to the national rail network. But if that doesn’t provoke the STB as a fellow traveler, Texas Central says its “potential for connections with future high-speed rail systems,” such as might be constructed across state lines, should be sufficient. “Those dogs don’t hunt,” says a commerce lawyer familiar with the federal statute and case law attending it.

Texas ranchers don’t typically cotton to land grabs—no matter their purpose—especially when Japanese banks are said to be fronting the cash for Texas Central. (The system will employ Japanese Shinkansen Series 700 high-speed trainsets.The photo here was downloaded from the Texas Central website.) More infuriating to affected ranchers is the proposed 14-foot-high earthen wall upon which the track will sit—a berm slicing through range land stretching through 11 counties, surely limiting the roam of cattle, horses, deer and antelope, as well as Texas cowboys in their ubiquitous pickup trucks who despair of being fenced in.

Compounding the kerfuffle is that Texas Central wants to fast-track the process and avoid filing a tell-all application. Opponents say the hurry is to avoid close scrutiny of finances.

“With an expedited exemption process,” said an opponent, “the STB and affected public may not get the whole truth” as to the financial viability. It was former Chinese leader Deng Xiaoping who famously observed, “If you open the window for fresh air, you have to expect some flies to blow in.”

Opponent Blake Beckham, an attorney and affected rancher, said Texas Central “has not shown the regulators, much less the public, a shred of proof supporting any ability to build this project.” Although promoters once predicted the project would be 100% privately financed, a columnist in The Hill newspaper wrote that Texas Central “acknowledged it wouldn’t rule out applying for federal loans.”

In Texas, where razor-sharp budget hawks appear as numerous as longhorn cattle, queuing up for the dole is not a popular vocation. Naysayers fear the project’s eventual financial failure, which could require perennial taxpayer financed subsidies. Similar anxiety caused fiscally conservative governors in other states to reject federal stimulus funds intended to encourage high-speed rail projects.

Opponents especially fret that should the STB approve Texas Central’s fast-track request, promoters will commence using eminent domain power against unwilling sellers before identifying the railroad’s actual alignment. Promoters have two routes in mind—with environmental review still pending—meaning even before a final route is determined, many landowners could be unnecessarily forced into state court, at their own expense, to fight for equitable compensation for land Texas Central may not want after all.

Where Texas humorist, author and songwriter Kinky Friedman might utter, “oy vey,” many of the citizenry of the 11 affected counties are collectively chanting, “hell, no,” comparing the project and its sought-after premature land grab to the evil of Baptist preachers who cuss and carouse.

Buy America advocates have yet to comment, perhaps hopefully expecting an epidemic of new domestic construction jobs. But if replacement of the eastern span of the San Francisco-Oakland Bay Bridge is a leading indicator, Texas Central Railroad may come with a “made in Japan” label. Officials in California boasted they saved plenty by outsourcing much of the Bay Bridge work to China—dubbed “the made in China affair” by The New York Times.

Comedian Mel Brooks once counseled, “If you get a chance to go to Texas, don’t!” Perhaps he was referring to a proposed Texas Central high-speed railroad, as it has emerged as a Texas-sized pain on the range.