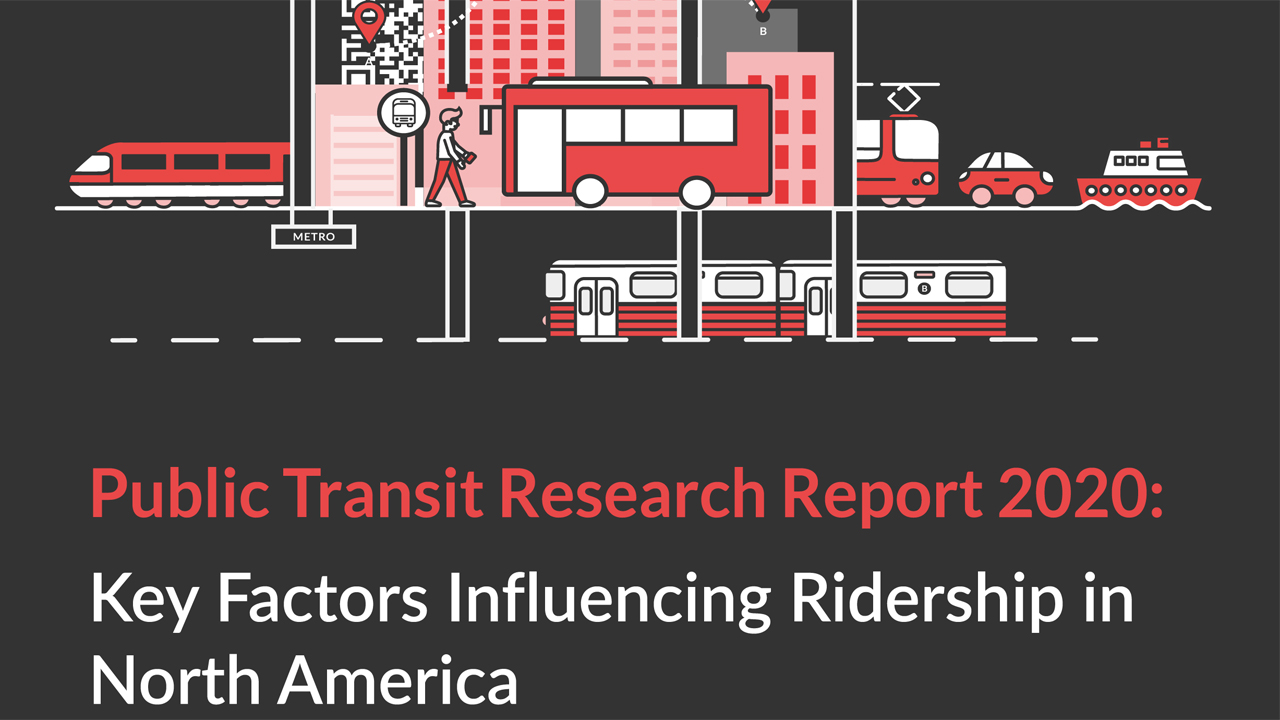 A survey conducted by FPaaS (Fare Payments-as-a-Service) provider Masabi says that more than 40% of Americans are combining public transit with ridesharing, and primarily value convenience when deciding whether or not to use public transportation. Masabi conducted the online survey in the fall of 2019 with a group of more than 2,500 U.S. residents across different age categories, geographies and gender. Mot all respondents had access to public transit services, “so much of the data is based on the responses of the 500 U.S. residents for whom public transportation is an available option,” the company noted.

Public Transit Research Report 2020: Key Factors Influencing Ridership in North America “sheds light on some of the behaviors affecting public transit ridership across the nation, and explores the impact that new technologies and urban mobility services, such as ridesharing, are having on the mobility ecosystem,” Masabi said. “The report uncovered that only 500 of the 2,500 people surveyed actually have access to public transit and could provide responses. Of the people who do have access to public transit, 60% make use of transit services, denoting that when public transportation is available, adoption follows. But, because public transit availability is limited, the remaining population is forced to use private cars to get from point A to point B. The majority of riders with access to public transit (31%) rate convenience as their primary motivator for choosing to ride transit, over other factors such as price and speed.”

According to the survey results, more than 40% of riders are now combining ridesharing with public transit for full first-last mile journeys. “As such, there is an opportunity for transit agencies to work with ridesharing and other shared mobility services to help create more seamless journeys for riders,” Masabi said. “Additionally, 16% of respondents say they now combine public transit and ridesharing to travel on at least a monthly basis.”