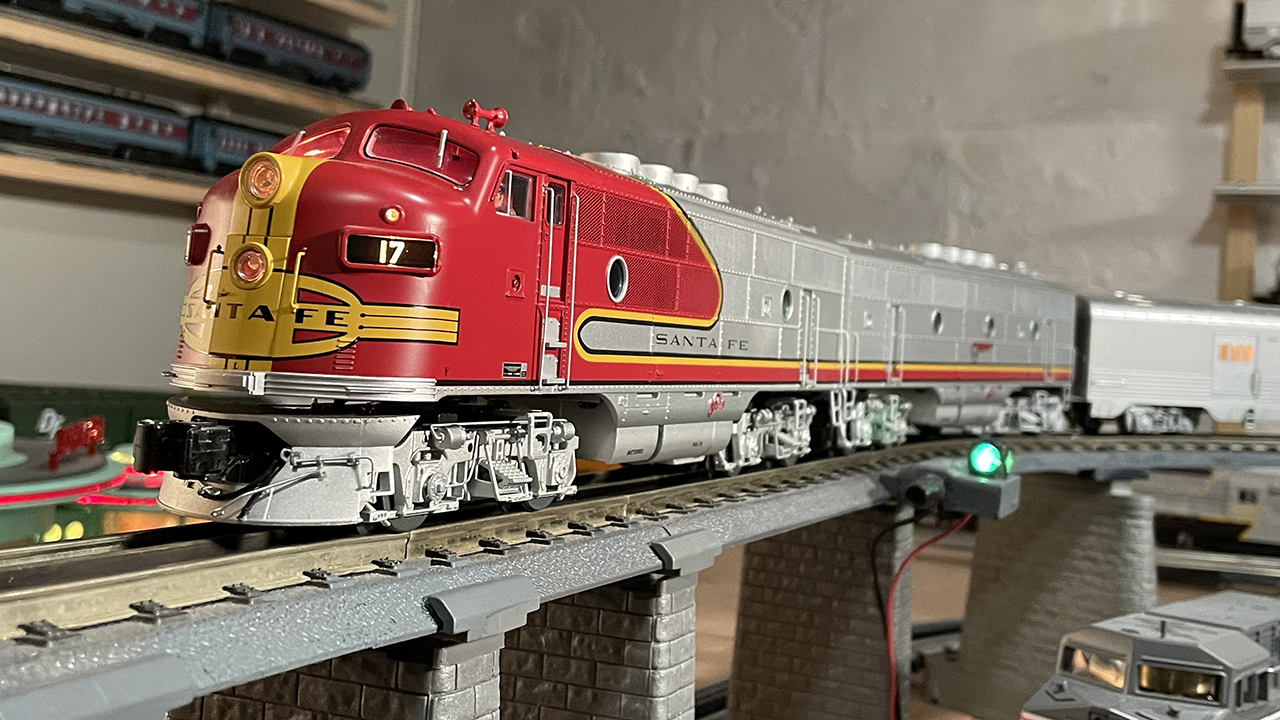 FROM THE EDITOR, DECEMBER 2022 ISSUE: Most of you are aware that I have several extra-curricular interests—motorsports, performance cars (classic and modern), jazz music. Well, I confess that my love of railroading involves much more than my day job reporting on 1/1 scale trains. I’m into the small stuff as well; these days it’s 1/48th scale, O gauge. Surprised?

Over the years, I’ve built and operated HO (1/87th) and N (1/160th) gauge layouts and rolling stock, first on my own, later with my sons. I came to Railway Age in 1992 indirectly because of my involvement with the North Jersey Coast Model Railroad Club in Elberon, N.J. Long story short, one of the club’s founders, Lou Cooke of Rumson, N.J., had been an officer of the Jersey Shore Commuters’ Club (JSCC), which leased a private car that operated on what is now NJ Transit’s North Jersey Coast Line. Lou had told me that the club, established in 1933 when the Pennsylvania Railroad ran the trains, had survived through the Penn Central and Conrail years, and was still running on NJT. In 1991, I tracked down the car and met long-time Railway Age Publisher Robert G. Lewis. A year later, he hired me.

I was the JSCC’s last president, having the sad task of shutting it down in 2013. But that’s another story, for another column.

If you read my September column, you know that I trace my railway heritage to a few of my Italian ancestors, and that my first exposure to trains was riding PCC cars on the Newark City Subway with my dad, the late Dr. William J. Vantuono (1927-1996). But there’s another person I need to acknowledge: my uncle, Alberto Vaccaro (1943-2001), my mom’s younger brother. It was he who assembled the Lionel electric train set my parents gave me for Christmas in 1963. (I still have those trains—and they still run well.)

“Uncle Albert” had Lionel trains in his basement, and he would frequently run them for me. My favorite was the Santa Fe Super Chief set with twin EMD F3A units in the famous “Warbonnet” silver and red with yellow trim scheme first used in 1937 (below). I was fascinated with how the pilots (unlike the full-size version) would swing out on sharp curves, to keep the couplers centered.

Maybe because the image of my uncle’s Lionel Super Chief speeding through 027 curves was engraved in my childhood mind, or maybe because EMD’s F and E units in that scheme are simply beautiful, the Santa Fe’s premier passenger train remains my favorite. The example you see at the beginning of this article is part of a newer Lionel A-B set that hauls eight streamliners on my basement layout. It’s a beauty!

Railroads of all sizes will always be associated with the Holiday Season. It’s a grand tradition. From all of us at Railway Age, Happy Holidays, and a safe, healthy, prosperous and peaceful 2023.