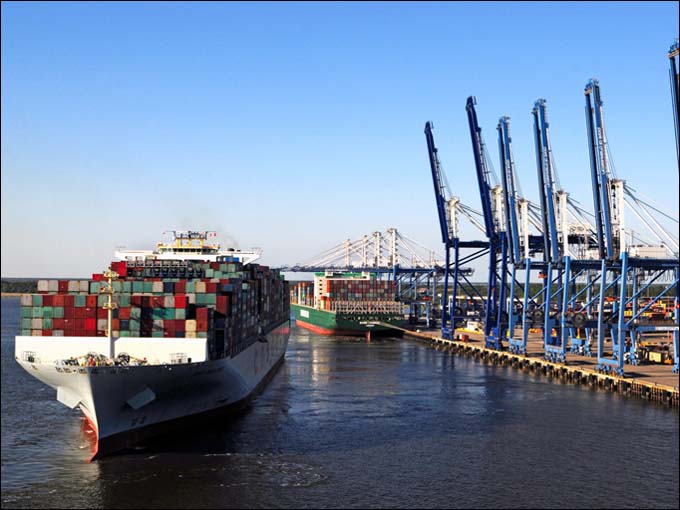 Container volume grew 9% in 2017 for the South Carolina Ports Authority, with a record-setting 2.2 million twenty-foot equivalent container units (TEU) handled during the year.

Total container volume in calendar 2017 surpassed the previous record of 2 million TEUs achieved in 2016. The port moved 182,884 TEUs in December, an increase of 11.2% from the same month the previous year, and the highest December in SCPA history.

The port’s facilities are served directly by CSX and Norfolk Southern.

“Global container trade growth was the strongest it has been since 2010, mirroring surprising strength in the global economy,” said SCPA President and Chief Executive Jim Newsome. “We expect to see continued strength, albeit slightly more modest, into 2018 with growth in the emerging market economies as a key factor in sustaining this positive outlook.”

In non-containerized cargo, SCPA’s Charleston breakbulk facilities handled 75,316 pier tons in December and a total of 783,363 tons during the year. Nearly 235,000 finished vehicles moved across the dock of the Columbus Street Terminal in 2017.

The past year marked significant advancement of key SCPA projects. Construction of the Leatherman Terminal continued, representing major growth capacity for the port’s container business when Phase One opens in 2020. The port authority also broke ground on Inland Port Dillon, which will open in April, and a new headquarters building, scheduled to open in December. The port also made strong progress on the final phase of the Wando Terminal Wharf Strengthening Project, which will be completed this spring in conjunction with the delivery of two new 155-foot ship-to-shore cranes.

The Charleston Harbor Deepening Project to 52 feet in 2017 was named one of six “new starts” and receiving $17.5 million in construction funding in the U.S. Army Corps of Engineers (USACE) Fiscal Year 17 Work Plan. The USACE awarded the first two construction contracts of $47 million and $213 million to deepen the Entrance Channel in preparation for dredging to begin in February. With significant completion expected by the end of 2020, Charleston will offer a wide and deep harbor, enabling SCPA to handle the biggest ships calling the East Coast and support growth of commerce in the state and region well into the future.