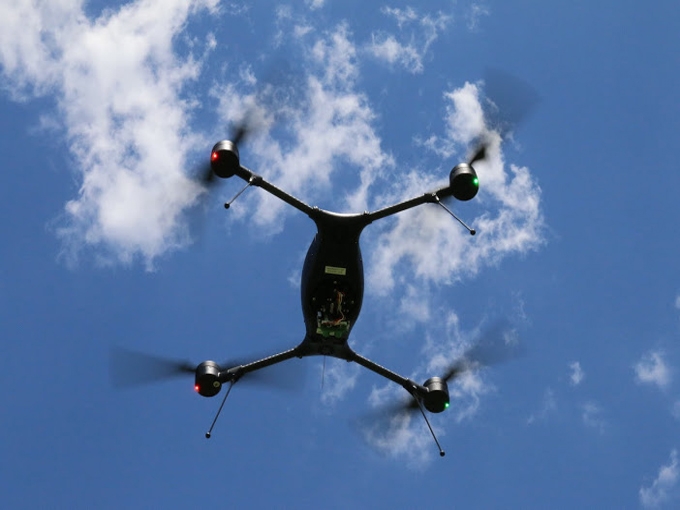 Railhead Corp. says it plans to use the drone for track and bridge inspection, rail yard safety, 3D modeling, as well as the search for rock formations and the overgrowth of vegetation that could lead to train derailments. The company, which manufacturers its products for the Class I, short line and passenger rail roads, hopes to partner up with those same railroads in hopes that they will utilize the drone’s software. Currently, BNSF is the only railroad that has sought Federal Railroad Administration (FRA) approval to use unmanned aerial vehicles to assist in the inspection of its infrastructure and operations.

The Digital Indago™ LE VTOL easily fits into a trunk and deploys in minutes to provide an aerial perspective of confined, crowded, or otherwise inaccessible areas. A key instrument for assessing volatile or potentially dangerous situations, enhancing responder safety, the Indago LE drone, which, can fly for up to 50 minutes and up to 500 feet high, is also ideal for scouting missions to capture imagery and developing training models, Volant UAS says.

Some of the drone’s benefits include:

• Integrates with Sentera OnTop™ to organize, store, view and share data with a team.

Once data is collected, hundreds of images must be managed to unlock the value embedded within the imagery. Sentera’s proprietary software solution, OnTop™, enables officers and professionals to do just that. Sentera’s OnTop™ software solution allows users to organize, store, view, comment on, and share critical images with teams and organizations, expanding the circle of impact. The Sentera OnTop™ software solution is compatible with many of the most popular analytics, mosaicking, and 3D modeling tools, making flow of imagery and information from capture to detailed analysis virtually seamless, the company says.