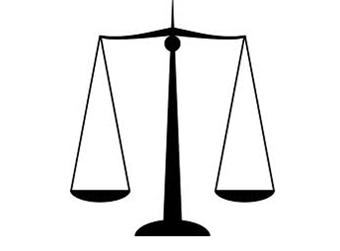 American Financial Group's 18-year quest to turn hopelessly unprofitable Amtrak into a gold-coin spewing piñata appears to have met its Waterloo in an emphatic all caps "CASE CLOSED" order of a federal court Feb. 23.

Federal District Court Senior Judge Sandra S. Beckworth—in a case that has clanked about the federal court system for the past seven years, and with more twists and turns than the life of Richard Nixon—said the plaintiff ran afoul of the statute of limitations on its initial filing back in 2008 to be reimbursed, at some yet undetermined “fair market value,” for the common stock it holds in Amtrak.

Common stock in Amtrak? Be patient.

The plain dealing fact is that victims of financial scam artist Bernie Madoff are more likely to be made whole than those possessing Amtrak common stock. Indeed, the handful of such stockholders almost surely would gain a greater reward printing their millions of shares individually and selling them to railfans and scripophilists who collect such certificates for their historical, artistic or—especially in this situation—curiosity value.

In the instance of Amtrak, “fair market value” evokes memories of the late free-market economist Milton Friedman, who counseled that “fair” is a term of art whose specificity is in the eyes of the beholder. Indeed, Amtrak, when trying to put this unpleasantness aside in 2002, offered three-cents per share as a redemption value. The plaintiffs had their eye on something north of the stock’s $10 per share par value. Each proclaimed their valuation as “fair.”

Here’s a reality check. Most tangibles tagged “Amtrak” are in hock; the line of Amtrak secured creditors, with recovery rights well ahead of common stock holders, snakes farther than the distance from North Sheboygan to South Succotash; and comptroller general opinions, based on statutory language and a provision of the Passenger Rail Investment and Improvement Act, hold that Amtrak debts are not an obligation of the federal government (meaning taxpayers).

Some estimates of the sought-after recompense total $300 million or more. Where Amtrak might find such dollars is the stuff of theatrical farce. Fitting, then, is that the court action originated and concluded in Cincinnati, once governed by Jerry Springer, the mayor who famously morphed into an infamous talk-show host.

Good grief. It is doubtful that Mel Brooks and Larry David combined could conspire to create such a plot that allows mention of Richard Nixon, Bernie Madoff, Milton Friedman, and Jerry Springer in such close proximity. Is there a role here for Nathan Lane—perhaps as back-from-the-dead President Nixon (who reluctantly signed into law the legislation creating Amtrak) playing the presiding judge?

For the uninitiated, it’s an opportune time for the Cliff Notes summary of this peculiar saga properly filed under the category of “Man Bites Dog,” “The Gang That Couldn’t Shoot Straight,” or “Bizzaro Experiments with Crystal Meth.” Here we go.

Back when Congress conceded that forcing freight railroads to continue operating hopelessly unprofitable intercity passenger service was a fool’s errand if privately owned freight railroading was to survive, federally subsidized Amtrak was created in 1971. In exchange for the passenger rail assets they donated—actually a collection of barely ambulatory antique coaches, sleeping cars, and diners—railroads relieved of their common-carrier responsibility for operating money-losing passenger trains received federal tax credits.

When bankrupt Penn Central, the majority holder of those common shares, was liquidated—its railroad assets having been transferred to Conrail—a billionaire financier of exceptional renown named Carl Lindner purchased the remaining non-railroad assets, which included the 53% of Amtrak common stock. Those 5.2 million shares had a total par value of $52 million. Lindner controlled American Financial Group, the purchaser of record and the pugnacious plaintiff in this case. (The freight railroads holding the other Amtrak common stock shares have never been a party to these judicial proceedings. They continue to own the Amtrak common stock, however.)

At the time of the purchase of the Amtrak common shares, the now deceased Lindner also controlled Chiquita Brands and the Cincinnati Reds baseball team, leading some (well, this pundit, anyway) to wonder if Linder was seeking a new outlet for sale, aboard Amtrak trains, of Chiquita-brand banana daiquiris and reserved seats to Reds’ home games.

Whatever, the patient Lindner sat on those shares as Amtrak annually performed its financial rendition of the Perils of Pauline. In 1997—perhaps at the behest of Lindner, whose political contributions, especially to Republicans, were nothing short of immense—Congress included in the Amtrak Reform and Accountability Act a provision requiring that all Amtrak common stock shares be redeemed at “fair market value” within five years.

So the sides negotiated, leading Amtrak to offer three-cents per share, or $158,000 total, against American Financial Group’s quest for something north of $52 million—maybe even $300 million in today’s par value inflation-adjusted equivalent.

Somewhere in the judicial fray it apparently was lost that Amtrak has never made a penny, likely never will, and shall always require taxpayer subsidies to keep its trains operating. The common stock represents ownership in something that long ago failed financially, but remains intact owing to taxpayer generosity tied to public interest and necessity and a willingness of Congress to keep the subsidies flowing.

Regardless, it was off to federal court that Amtrak and American Financial Group went in 2008 to fight over the value of Amtrak common stock. Federal Judge Arthur Speigel ordered binding arbitration as to “fair market value,” with a three-member arbitration panel ruling, in a 2009 split-decision, that an arbitration clause in the original assets sale had expired and was not enforceable.

So back to federal court they went. “It’s high time this case progress,” Spiegel, now deceased, said in 2010. Six months later he dismissed the lawsuit, ruling the Amtrak Reform and Accountability Act had not provided shareholders a right to sue Amtrak, a federal entity, even though the law ordered redemption of the common shares. Of course, the ruling was appealed.

The Sixth Circuit Court of Appeals upheld most of Speigel’s ruling, but returned the case to federal district court to consider whether Amtrak’s offer of three-cents per share had been an “irrational” valuation that improperly deprived American Financial Group of its private property. Amtrak, said the court, is a federal entity and cannot deny due process under the 5th Amendment’s takings clause.

Judge Beckworth, who inherited the lawsuit, ruled American Financial Group had made a Napoleonic blunder in filing its initial civil action complaint too late. As Amtrak is incorporated in the District of Columbia, Judge Beckworth applied the District’s three-year statute of limitations and sent American Financial Group packing because, she said, the lawsuit should have been filed within three years of Amtrak’s 2002 offer of three-cents per share, and not filed in 2008.

To reason otherwise, Beckworth said, would be “tantamount to concluding that a statute begins to run only after a plaintiff became satisfied that he had been harmed enough. Such a result contravenes the basic purpose of a limitations period.”

Whether the attorneys for both sides repaired to a Cincinnati watering hole following Judge Beckworth’s ruling has not been reported. Bourbon or Scotch, rather than a Chiquita-brand banana daiquiri, would have been a “fair” restorative for both sides. American Financial Group lost control of Chiquita brands in 2002. Lindner, who died in 2011, sold the Reds in 2005.