With regard to Missouri’s two U.S. senators, Democrat Claire McCaskill and Republican Roy Blunt, we invoke urban slang from cranky New Yorkers, and their brethren across the Hudson in New Jersey, to suggest that they “fuggetaboutit.”

With major passenger railroad stations in Kansas City and St. Louis, what’s with these two introducing legislation to place the name of Missouri’s favorite son, the former haberdasher turned senator, vice president, and then president, Harry Truman, on Washington’s Union Station? Their Missouri counterparts in the House have become fellow travelers in this unfortunate legislative exertion.

Isn’t it enough that Truman has two Missouri court houses, hundreds of public schools across the nation, and a bar area at the National Press Club bearing his name? This is the same Truman who, in 1946, wrote the editor of the Independence Examiner newspaper, “I have no desire to have roads, bridges, or buildings named after me.”

As McCaskill and Blunt are from the “Show Me” state, perhaps if one showed them the letter they might yank the bill from the legislative hopper. Think again. Washington Post columnist John Kelly reported on the letter June 14. The bill remains on the legislative calendar.

Perhaps McCaskill and Blunt assume Truman changed his mind about having buildings bear his name. After all, Truman, in 1950, responded to a negative review of his daughter Margaret’s singing performance at Constitution Hall by writing Washington Post music critic Paul Hume, “Someday, I hope to meet you. When that happens you’ll need a new nose, a lot of beefsteak for black eyes, and perhaps a supporter below!” In that case, Truman changed his mind. Good move.

Or maybe McCaskill and Blunt simply want tourists from Missouri to find Truman’s name on something of substance in Washington, D.C. That’s understandable. Yet columnist Kelly also pointed out that the main State Department Building, in a section of town known appropriately as Foggy Bottom, bears Truman’s name.

So, possibly, McCaskill and Blunt are seeking to right a slight. Where Eisenhower, who succeeded Truman in the White House, has an entire Interstate Highway System named after him, as well as the impressive Executive Office Building adjacent to the White House, Truman’s name adorns a dinky two-lane bowling alley in the Eisenhower Executive Office Building. That surely could be seen as a slight. But, hey, ain’t no tourists from Missouri going to gain entry to that fortified structure, much less wander about to find a bowling alley used by senior administration appointees whom those tourists think actually work while collecting their tax-funded paychecks.

I’ll give you that Truman parked his presidential railcar at Union Station, as if it could have been garaged at the White House, instead. (Note to younger readers: Once upon a time, politicians traveled almost exclusively by railcar.) And, yes, while on so-called whistle stop political campaign jaunts, Truman was known to ride in the locomotive and blow the whistle. Still, Richard Nixon wrote in his biography that, as a boy, he wanted to grow up to be a locomotive engineer. We don’t hear of California’s two senators wanting to name Union Station after Nixon.

More to the point, the Senate would have—and we quote Ricky Ricardo here—some ’splainin to do should they vote in favor of “Harry S. Truman Union Station.”

Democrat McCaskill should take note that her supporters in rail labor might not be too enamored, as it was Truman, in May 1946, who said to a joint session of Congress, “I request the Congress immediately to authorize the president to draft into the armed forces of the United States all [rail] workers who are on strike.”

Republican Blunt should take note that his supporters in rail management might not be too enamored, as it was Senator Harry Truman who told the Senate on June 16, 1938, “Rail management can only see straight down the right-of-way as it was laid out in 1890, and all the help is of the same frame of mind. What the rails need is some young blood with imagination.”

Imagine a bronze plaque informing travelers and visitors that the Harry S. Truman Union Station is named after the U.S. president who sought to draft striking workers into the Army and who considered the nation’s rail chiefs quite a narrow-minded bunch. Egad. Naming the station after Truman would require some scrubbing of history. Do we do that in America?

Let’s get serious for a moment. If Washington’s Union Station is to receive a human name, aren’t there others with a more creditable nexus?

Although a statue of A. Philip Randolph resides in the station, a more fitting honor for the man who led the Brotherhood of Sleeping Car Porters, helped organize the March on Washington at which Dr. Martin Luther King Jr. delivered his “I Have a Dream” speech, and who is credited with pressuring President Truman to desegregate the armed forces, would be having Union Station bear Randolph’s name.

And how about W. Graham Claytor Jr., a World War II naval hero, the former president of Southern Railway, secretary of the Navy and, most formidably—with regard to Union Station—the Amtrak president most responsible for earning Amtrak political support and credibility during the anti-Amtrak presidencies of Ronald Reagan and George H.W. Bush? A bust of Claytor resides at the station, and its main concourse is named in his honor, but few would dispute his deserving the greater honor of having the station bear his name.

Enough. A poll would elicit other deserving names. While there is no shortage of reasons to revere Harry Truman, adorning Washington’s Union Station with his name is not apposite.

Seeing that S. 2308 has but two sponsors other than McCaskill and Blunt; that a subsequently introduced companion measure, H.R. 4638, in the 435-member House, has but 10 vote-eligible sponsors, including eight Missouri representatives; and that no hearings are scheduled for either bill, this Missouri-lawmaker-led effort may be about nothing more than making Missouri voters, in this election year, feel good about their elected politicians. Indeed, for virtually any congressional lawmaker these days, making voters feel good about them is an arduous challenge.

“Give ’Em Hell Harry” would understand, we think. But let’s let the buck—whoops, bills—stop here and rightly vanish into the dust bin of history.

Oh, by the way, Mr. Randolph’s home state is Florida; and Mr. Claytor’s birthplace is Roanoke, Va.—just in case someone cares to catch the ears of the senators from those states: Democrat Bill Nelson and Republican Marco Rubio from Florida, and Democrats Tim Kaine and Mark Warner from Virginia. 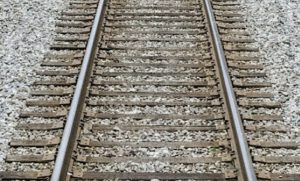 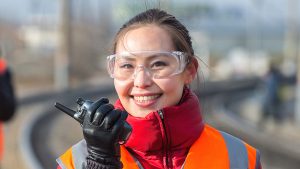