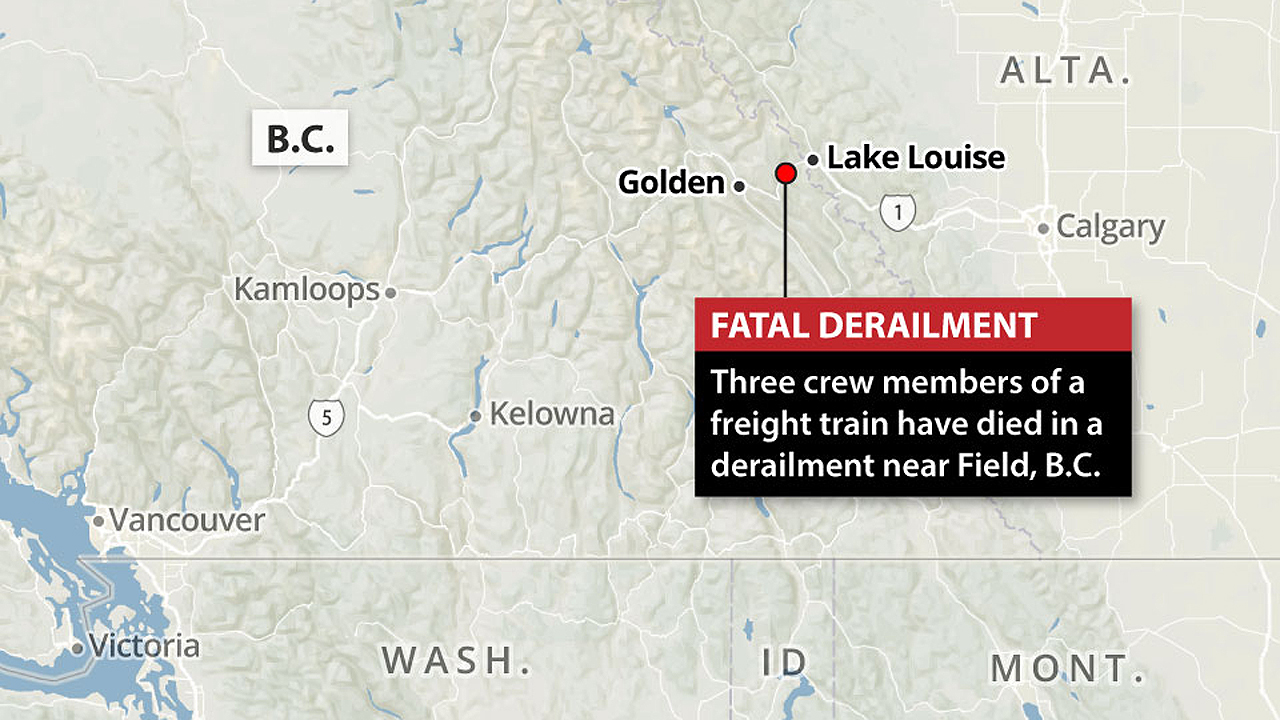 Three Canadian Pacific Railway crew members were killed early Feb. 4 in a grain train derailment east of Field, B.C., on the Laggan Subdivision. The 112-car westbound train derailed at about 1:00 a.m. Mountain Time (3:00 a.m. Eastern Time) as it emerged from the Upper Spiral Tunnel, plunging about 200 feet off a bridge into the Kicking Horse River. The three Calgary-based crew members killed have been identified as conductor Dylan Paradis, engineer Andrew Dockrell and trainee Daniel Waldenberger-Bulmer.

“On 04 February 2019, Canadian Pacific train 301 was proceeding westward to Vancouver when 99 cars and 2 locomotives derailed at Mile 130.6 of the Laggan Subdivision, near Field, British Columbia. The train crew consisted of a locomotive engineer, a conductor and a conductor trainee. The 3 crew members were fatally injured.

“The investigation team has conducted the following information-gathering work: 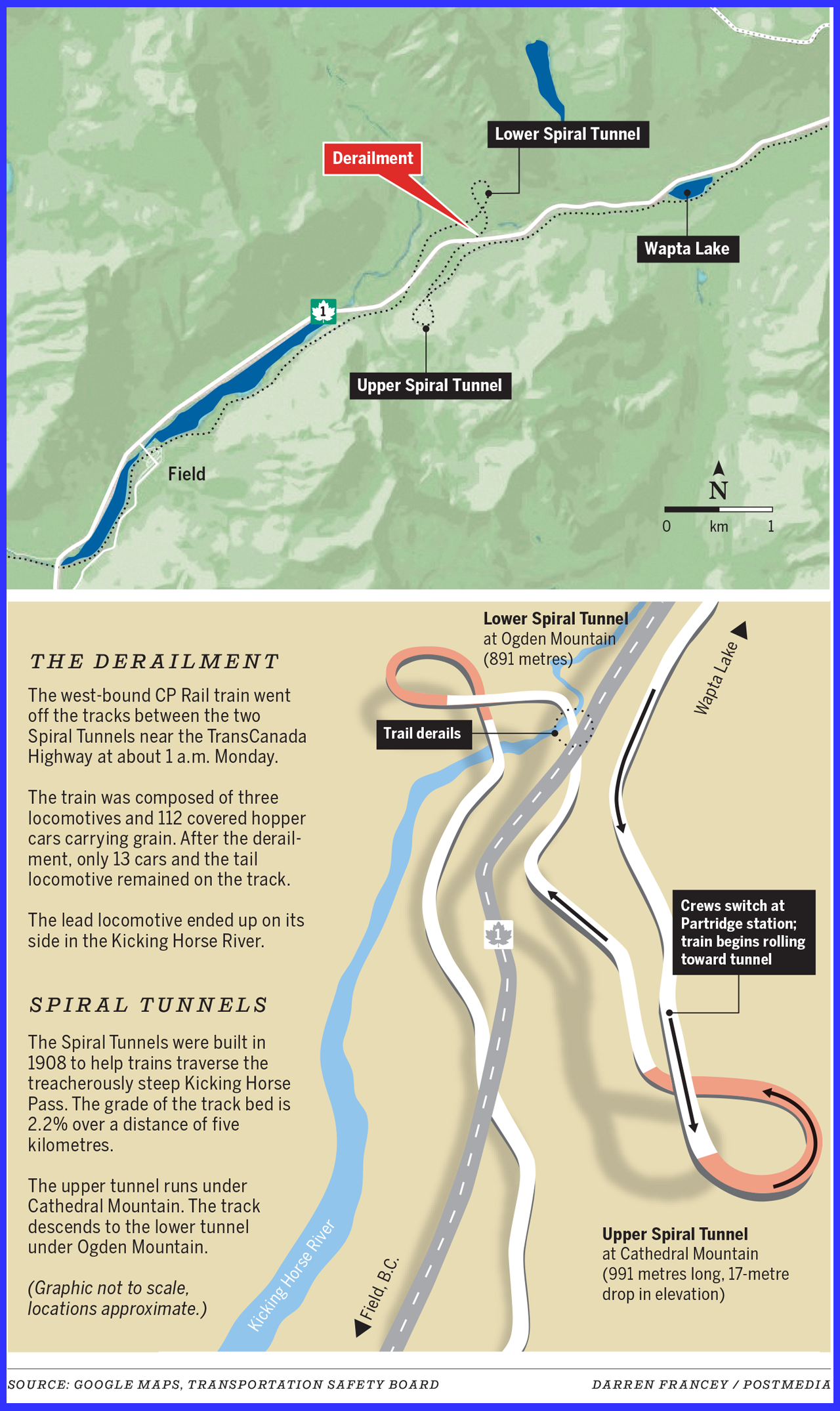 “On site, we will continue to:

“In addition, we will examine:

“The TSB’s investigation will determine causes and contributing factors of this accident. Concurrent investigations are being conducted by other agencies and for other purposes. Other investigating agencies include Transport Canada under an extended jurisdiction agreement with Employment and Social Development Canada – Labour Program, and the BC Coroner’s office. The TSB will work with these agencies to ensure that those affected, including the next of kin, are provided with information about the accident and the next steps.” 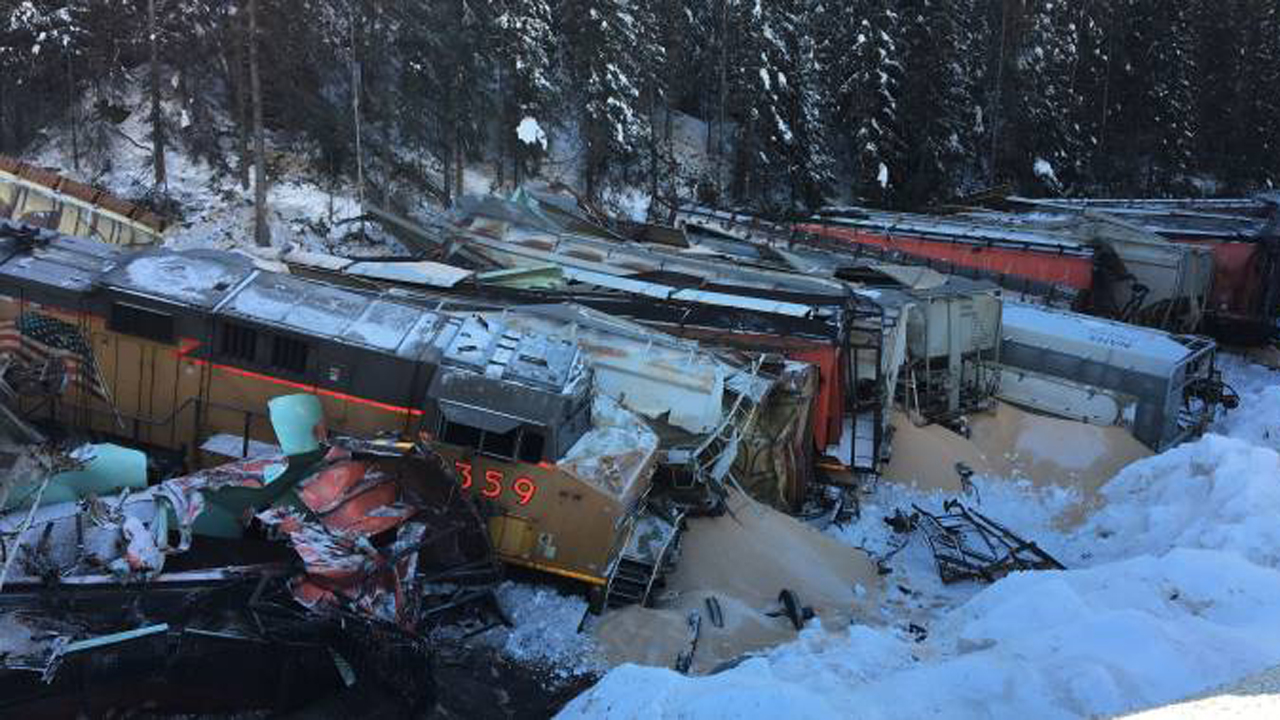 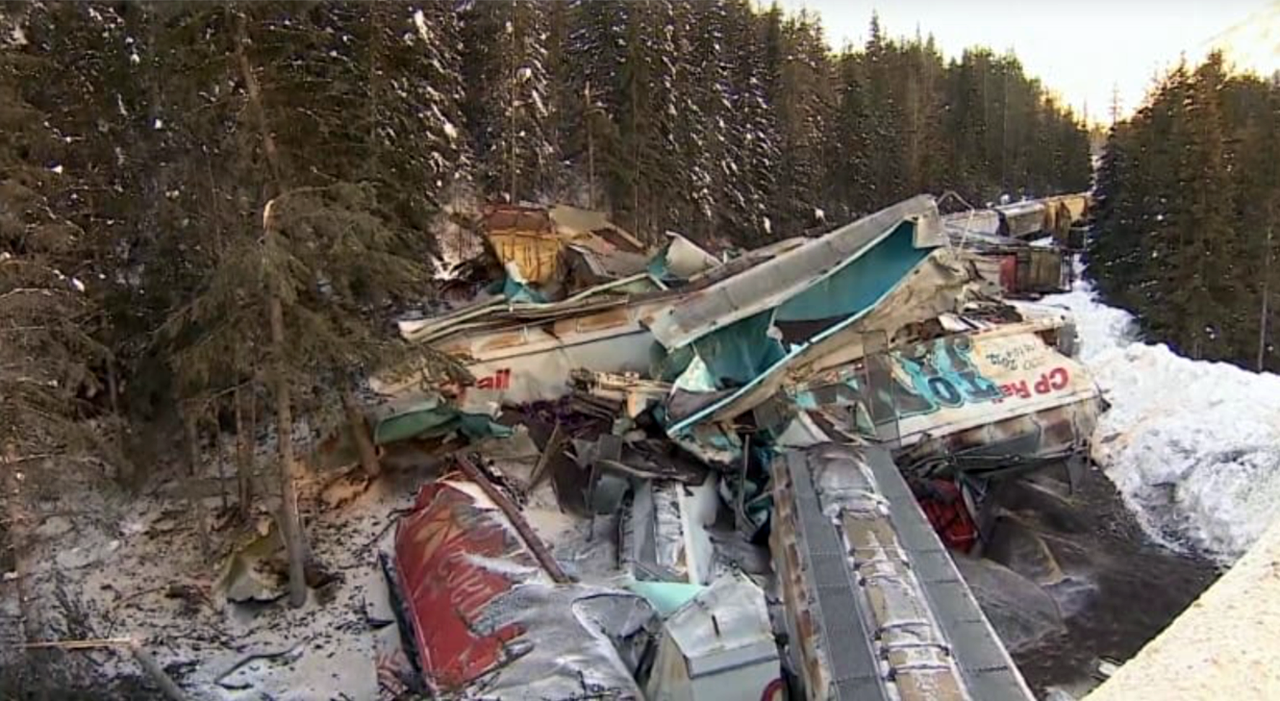 Field is about 50 miles west of Banff, along the Trans-Canada Highway. Sixteen cars of a CP train derailed on Jan. 3 in the same area. No one was hurt in that derailment.