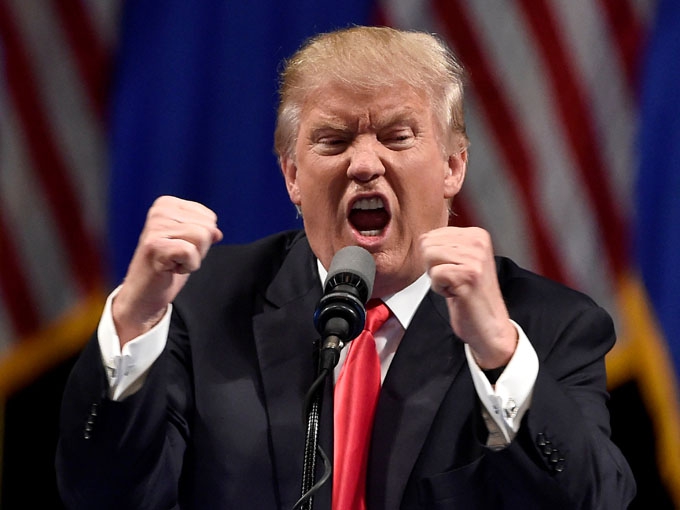 With early indications that the Trump Administration is a political version of the Jerry Springer show, expect an atypical legislative session, with the Republican majority sometimes in open conflict with a Republican President who is unpredictable, impetuous, lacking previous government experience and quick to take vengeance on those critical of him.

Contrary to Republican orthodoxy of less federal spending, free trade and limited government, President Donald J. Trump advocates a budget-busting infrastructure program, imposition of trade barriers and Presidential intrusion into corporate decision-making from a bully pulpit and Twitter account. Brewing on Capitol Hill is a noisy hall with a nightly brawl. On some issues, railroads are in harm’s way, but legislative gains also are probable.

As for the railroads’ two principal regulatory agencies—the Federal Railroad Administration (FRA) and Surface Transportation Board (STB)—both soon will be under new Republican control to decide issues of significant dollar importance to railroads.

Favorable to railroads is that the new Congress and its leadership are mostly unchanged. Recall that the 2015 Surface Transportation Board Reauthorization Act, largely a creation of then and current Senate Commerce Committee Chairman John Thune (R-S.D.), preserved the partial economic deregulation delivered in the 1980 Staggers Rail Act, and was markedly less draconian than what his predecessor, Jay Rockefeller (D-W.Va.) unsuccessfully advocated when Democrats controlled the Senate.

As for Amtrak subsidies, it’s a hard sell no matter which political party is in control. Indeed, Democrat Bill Clinton zeroed-out Amtrak in one White House budget proposal.

Here is a summary of other issues important to railroads:

INFRASTRUCTURE INVESTMENT: An early congressional fracas will involve Trump’s promise of $1.3 trillion in infrastructure spending over 10 years, but whose revenue source is opaque. Railroads support the plan. Part of the bounty will renew and improve roads, bridges, tunnels, transit and Amtrak’s Northeast Corridor, delivering to freight railroads meaningful boosts in construction materials haulage, and improving highway links between intermodal terminals and ports.

A Democratic alternative to Trump’s plan, which relies mostly on deficit spending, surely is doomed.

The problem with increased federal spending unsupported by budget-balancing increased taxes following years of deficit spending is that it will fuel inflation and lead to higher interest rates that then discourage job-creating capital spending.

Increasingly disturbing on Capitol Hill is rising federal debt. It soared from $8 trillion in 2006 to more than $19 trillion today, a sum that is 104% of gross domestic product—up from 65% a decade ago, and well above Germany’s 71% and the UK’s 89%. Even absent new spending on infrastructure, the non-partisan Congressional Budget Office estimates federal debt will climb another $9 trillion by 2027.

Yet budget-balancing tax hikes to accompany new spending programs will be challenging in the extreme. Most Republican lawmakers have signed a blood-oath pledge to oppose every tax increase proposal, notwithstanding that tax aversion is an indulgence, and infrastructure investment a long-term societal benefit paying substantial downstream economic dividends.

TRADE BARRIERS: Railroads stand to suffer from abandonment of a Trans-Pacific Trade Partnership, a gutting of the North American Free Trade Agreement, and Trump’s desire to boost tariffs on imports from China and Mexico that, in fact, will be paid by U.S. consumers.

In his inaugural address, Trump said, “Protection will lead to great prosperity and strength.” Yet history records that the 1930 Smoot-Hawley tariff hikes (lower than sought by Trump) spawned retaliatory moves, causing U.S. exports overall to decline by 61% (82% to Europe), contributed to the Great Depression and fueled political extremism worldwide that sowed seeds of World War II.

On tariff hikes, not all Republicans are fellow travelers. House Speaker Paul Ryan (R-Wis.) said, “More trade means more people from every country, buying, selling, investing, creating—all working together to build a better world.” FedEx CEO Fred Smith, who could equally be speaking for rival UPS, said, “The United States being cut off from trade would be like trying to breathe without oxygen.”

In fact, most U.S. job losses are not the result of unbalanced trade, nor is America, as Trump asserts, a land of “rusted-out factories.” America now manufactures 85% more goods than in 1987, but with 66% of the workers, says the Bureau of Labor Statistics. Most domestic employment losses are traceable to technological advances. Railroads, for example, have shed almost 700,000 jobs since 1960 even as ton-miles hauled doubled, owing to mechanization, automation and cybernation.

Related to free trade issues is concern over Chinese investment in U.S. rail suppliers, especially after the Treasury Department’s Committee on Foreign Investment in the U.S. (CFIUS) rejected complaints related to Chinese financial control of Wilmington, Del.- based Vertex Railcar, which in 2016 began competing with six other manufacturers.

TAX POLICY is another thorny issue affecting railroads, which support Republican efforts to reduce the current 35% statutory corporate tax rate. Such is expected to induce multi-national U.S.-based industries, now parking profits abroad in lower-tax havens, to repatriate them for job-creating domestic investment, which could generate more rail traffic. Muddying that objective are antitrade policies. As Mexico’s peso weakens against the dollar, the lure to invest in Mexico, driven by Adam Smith’s invisible hand more than Trump’s clenched fist, grows even stronger.

Railroads, as most American corporations, don’t pay the statutory 35% tax rate frequently cited as infamously high compared to other developed nations. Owing to deductions and deferments, the average cash-taxes-paid rate for CSX, Norfolk Southern and Union Pacific over the past three years is around 26%. As for short lines, their special-interest 50% investment tax credit could disappear under tax reform, perhaps making their effective tax rate higher. Short line holding company Genesee & Wyoming, for example, has a three-year average cash-taxes-paid rate of just 9.7%.

FELA: Since 1907, railroads have been subject to the Federal Employers’ Liability Act (FELA), a fault-based injured-worker compensation scheme encouraging rail workers to sue employers for damages.

Unlike no-fault state/federal worker compensation plans covering non-rail workers, FELA is a cesspool of favorable jury shopping and high-stakes courting of union bosses for client referrals, the latter of which has landed three rail labor presidents in federal prison. The Republican majority could fold FELA into state/federal worker compensation plans.

Republican opposition to higher taxes stands in the way, but the no-higher-tax pledge may be forced into hibernation if long-overdue highway revitalization is to occur. The per-gallon federal fuels tax has not budged since 1993, creating a $16 billion annual gap in the Highway Trust Fund between user charge revenue and expenses as inflation eroded the purchasing power of the outdated fuels tax by 65% and vehicles became more fuel efficient.

One is to end efforts begun by a former administrator to require a minimum of two-person train crews without any evidence they are safer than engineer-only. While Rep. Don Young (R-Alaska), a former chairman of the House T&I Committee (2001-2007), has introduced legislation requiring two-person train crews, it is seen as a favor in exchange for long-standing political support by rail labor, and is unlikely to gain committee approval.

The second is to reexamine a 2015 rule requiring installation of electronically controlled pneumatic (ECP) brakes on trains moving high-hazard flammable liquids. The FRA computed a negative 9-to-1 benefit/cost ratio for ECP brakes, and railroads fret that the $2 billion cost unnecessarily diverts investment from more effective safety efforts, as there have been no brake-related accidents involving crude oil or ethanol trains.

SURFACE TRANSPORTATION BOARD (STB): Most crucial to railroads is preserving Stand-Alone Cost (SAC) as the STB’s principal test for determining whether a freight rate is reasonable; and averting a ruling that railroads provide competitive switching, under limited conditions, at certain sole-served facilities to allow a shipper to use a competing railroad whose tracks are nearby (shippers want up to 30 miles or more). The objective is not necessarily to use the switching, but to create a competitive alternative at sole-served points to keep rates in check.

As for SAC cases, shippers lacking effective alternatives to rail transportation fuss that having to spend $5 million to pursue SAC relief is unjustifiable. A Transportation Research Board (TRB) study concluded that the SAC test is “not working for shippers of most commodities, including grain.” When the STB recently changed evidentiary requirements mid-case, a shipper attorney said, “The world’s most complicated rate challenge process just keeps getting more complicated.”

Among recommended substitutes is final-offer arbitration whereby each party submits their last best offer and the arbitrator chooses one over the other.

As for competitive switching, the STB’s now Acting Chairman, Ann Begeman, questions its practical application and potential impacts (“We have to know more about what we are doing before we decide whether to do it”). The STB hasn’t yet investigated close cousins—Conrail Shared Assets Operations, Terminal Railroad Association of St. Louis and Belt Railway of Chicago, all of which provide non-discriminatory switching to connecting railroads. And there is available for review a study of a neutral switching arrangement south of Pittsburgh that the STB’s Railroad-Shipper Transportation Advisory Council pursued in 1997.

Supporting railroads, the principal author of the TRB study said, “We see no case now for wholesale competitive switching … We don’t know enough. We want to regulate against extreme abuses. We think it could be done better than it is—not tighter, but smarter.”

But making the railroad argument more difficult is that competitive switching is standard in Canada; and industry celebrity and former Canadian Pacific (CP) CEO Hunter Harrison was content to volunteer it south of the border as a condition of a now tabled CP-Norfolk Southern merger. Harrison may soon take the reins at CSX.

The three current STB members are in agreement to delay action on both issues until two vacant seats are filled. Expect lengthy litigation to follow, whatever the vote result.

As Trump and congressional Republicans seek a pas de deux, and we await confirmation of a new Federal Railroad Administration chief and two new Surface Transportation Board members, expect railroads to be saying little as they take measure. History records railroads long at the top of the leader board. It hasn’t been by happenstance.