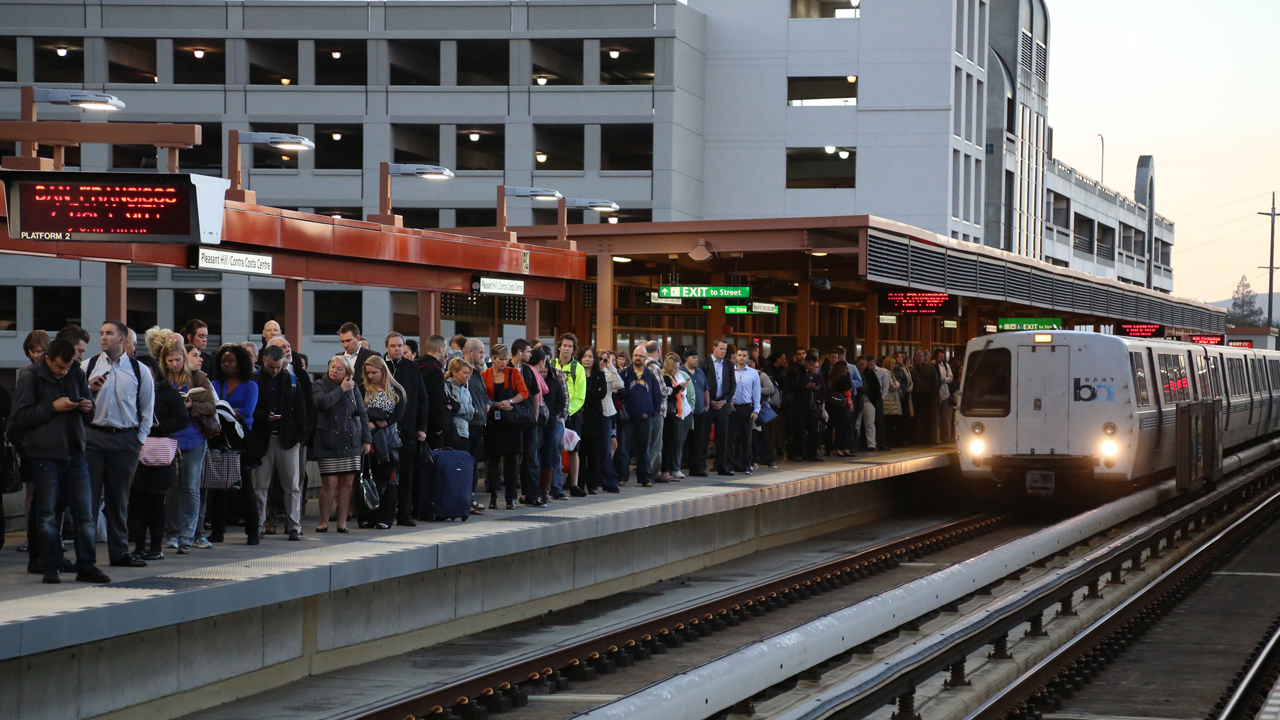 RAILWAY AGE, JULY 2020 ISSUE: With the challenges facing public transit agencies due to the COVID-19 crisis, Argo Transportation Senior Vice President James Mourafetis looked to historical corollaries to inform the path ahead. He reached out to a veteran transit CEO who was faced with a crisis of rider confidence under different circumstances. Tim O’Toole, who has held a number of major executive positions in transportation, along with Cindy Yendell, a strategic communications consultant who supported London Underground’s response to the 7/7 London bombings, tell their story of how the tragic events 15 years ago this month relate to the challenges that transit agencies face today.

What is the future of public transit in the shadow of COVID-19? How can systems, such as New York City Transit or London Underground, that pre-pandemic transported millions of passengers per day, often at loadings approaching four passengers per square yard, accommodate six feet of social distancing? Will strategic plans have to pivot from restoring a state of good repair while investing for expansion to a grim reduction in service and capacity?

It is a time for change in mass transit, but the change will not involve a reduced role. Cities such as New York or London cannot function without moving millions every day on mass transit systems. Road space is simply inadequate to handle the demands of rush hour commuting. Therefore, any expectation for a reduced role of mass transit is actually a bet against the future of big cities, and that is a loser’s wager. The economies of scale and agglomeration benefits cities offer mean their continued growth beyond the short term is inevitable.

Returning from the moribund state of operations under the COVID-19 lockdown to delivering mass transit services will involve substantial change, however. The pandemic has surely acted as an accelerant for telecommuting and home shopping. Those trends will ratchet back demand for services on the margin, but the overall trend of growth will inevitably return. That demand means that such systems will have to provide the capacity and throughput for which they were designed.

Social distancing on a subway system is not tenable beyond the short term because it is unenforceable and uneconomic. Many may suppose otherwise, and transit management teams must lead the discussion of such public policy issues in order to find a sensible path back to “normal operations” and to re-establish advocacy for public transport. The current pandemic is as much an economic calamity as it is a health emergency, and the competing demands for public funds will be beyond anything such managements have faced. While these factors make this situation unlike any faced in the past, some guidance can be found in looking back.

The Challenge Faced In London

On July 7, 2005, terrorists detonated bombs on the London Underground, killing 52 people and seriously injuring 700 more in the largest attack in Great Britain since World War II. The populace was shaken, and the transit system had to restore operations and confidence in public transport safety. The former was a straightforward engineering challenge, complex in its details, but fully addressable by existing expertise. The latter was the much more difficult challenge, because something like restoring public confidence is an emergent problem, the elements of which keep changing.

Immediately following the attack, the public as a whole made decisions based on fear that over time would be made instead on an assessment of risk. That progression is typical of traumatic incidents. Employees were also fearful but more immediately interested in understanding the details of the risks they faced and the tradeoffs for reducing them. In response, management had to resist turning inward, taking comfort in command-and-control, and instead expand communication with employees and the public. It is the substance of those efforts that may usefully stimulate ideas in the current circumstance.

The terrorist attack produced awful tragedy, but it also provided an opportunity for management and all employees to reset relationships and agendas going forward. The performance by the employees immediately following the attack was exemplary. Scores of employees rushed into the tunnels to aid the injured long before it was possible for emergency services to be on the scene. Other staff were able to safely shut down the network, moving 250,000 passengers off trains within an hour without a single further injury, all the while redirecting tens of thousands more who were unaware of events and trying to access the system.

The opportunity to reflect on the professionalism and importance of every employee’s role became a powerful tonic. It was strong enough to overcome the cynicism and indifference that greet so many communication and change initiatives. The employees were proud of themselves, and deservedly so, and an appeal was made to consider the changes that would allow them to feel that pride every day.

The first step was to create a company-wide listening exercise that prompted every employee to express their views frankly. Large, interactive meetings involving management and every employee using high-production tools were used to capture everyone’s attention. The purpose was to understand what was holding the company back from a true customer service culture; what management support was needed from the wider workforce; how was management actually perceived; and what changes would be required to create a productive and trusting relationship. The detail and specifics that were uncovered allowed management to reset priorities.

The new era of communication on London Underground had to be supported by actions, as well. A new transparency and two-way discussion of operating decisions was initiated. It led to dramatic changes. For example, management agreed to compromise service until the new TETRA (Terrestrial Trunked Radio) system was installed to reassure employees that every effort was being taken to speed response in the event of any emergency.

Passengers and other stakeholders were provided similarly comprehensive demonstrations of safety. As noted above, fear guides decision-making following such calamities, but risk assessment takes over eventually, a change that is largely driven by necessity. Commuters returned in numbers first, followed by shoppers and then visitors. The speed with which that transition takes place is significantly driven by the perception of control over the transit system’s environment. For example, the timeline for that transition in London was turned back when a second attack was attempted two weeks after July 7. The attacks failed when the bombs only partially detonated, but fear re-emerged in the forefront of public perception. Comparable setbacks can be expected with the current emergency.

The London Underground employed many, varied signs of control to change the public’s perception. The first and most obvious tactics were police presence on stations and trains and bomb-sniffing dogs at key stations. To some extent, there was an element of theater to these tactics, given the limited deterrence, for example, of bomb-sniffing dogs in a mass transit environment. Nonetheless, their visibility contributed to projecting a perception of control. Other elements were just as persuasive if less obvious. Frequency of announcements was increased. Although constant announcements can be an annoyance to some, research showed that perceptions of security increased with more announcements. The graffiti removal program was increased from the trains and stations to include every wall or structure on the system, including the right-of-way. The underlying message was control, and the public equated control with safety.

Around the time of the terrorist attack in London, London Underground was undergoing a massive reinvestment program on a scale equal to what NYCT hopes to undertake presently. The disruption associated with such work can exacerbate perceptions of disarray and discomfort, and even outright safety concerns. To stem that risk, comprehensive and transparent communications were put in place, including explanations of the work, timelines, deadlines for completion and travel advice, all which projected control of an environment even when it was under the most stress. Key to that effort was ensuring all employees on site were fully versed in the work and able to handle any customer’s questions. There is no communication more harmful or more powerful than a frontline employee who pleads ignorance to a customer’s question.

These and many other changes were made to address the specific issues that dominated the public discussion following the terrorist bombings. The current pandemic poses other, even more complex and draining issues for transit management, and the first step in responding is to accurately identify them. Every agency needs to understand the sentiments of its key stakeholders and what it needs to say and do to enlist their support. At a minimum, each agency must be able to answer the following:

The answers to these questions should inform decision-making and all stakeholder communications as your agency moves through and out of the current crisis. Stakeholder communication needs are likely to change rapidly and significantly in the coming weeks and months. Regular, clear communications driven by a strong, consistent narrative will be more critical than ever, as well as presenting a unified leadership team. Given the myriad challenges ahead, many stakeholders—internal and external—are likely to be cynical or distracted. Hence, every agency should question the effectiveness of its communications. Uncertainty generates anxiety throughout the workforce and among riders, politicians and other stakeholders. Silence will be interpreted as bad news or indicative of weak and ineffective management. Therefore, developing a “communication campaign plan” to help your agency reframe and reset the agenda will be key to re-establishing the agency’s rightful and necessary role in serving the needs of the city.

Tim O’Toole has held a number of major executive positions in transportation, including CEO of FirstGroup plc, Managing Director of London Underground and President and CEO of Conrail. Tim served on the Board of Directors for CSX Corp. for ten years and currently serves on the Boards of Edison International/Southern California Edison and the National Safety Council.

Cindy Yendell is a Founding Partner at Leonardo Advisory, a London-based international strategic communications and culture change advisory practice. It brings consulting and in-house experience from within the transport sector including helping TfL meet some of the biggest internal and external challenges of the past 15 years. Cindy and team supported Tim during and after the 7/7 London attacks with strategic communications advisory services.

Argo, an implementation consulting firm, is the “go-to” firm in North America for transportation CEOs, with core competencies that include business rationalization, asset optimization, performance strategy management and operations improvement.