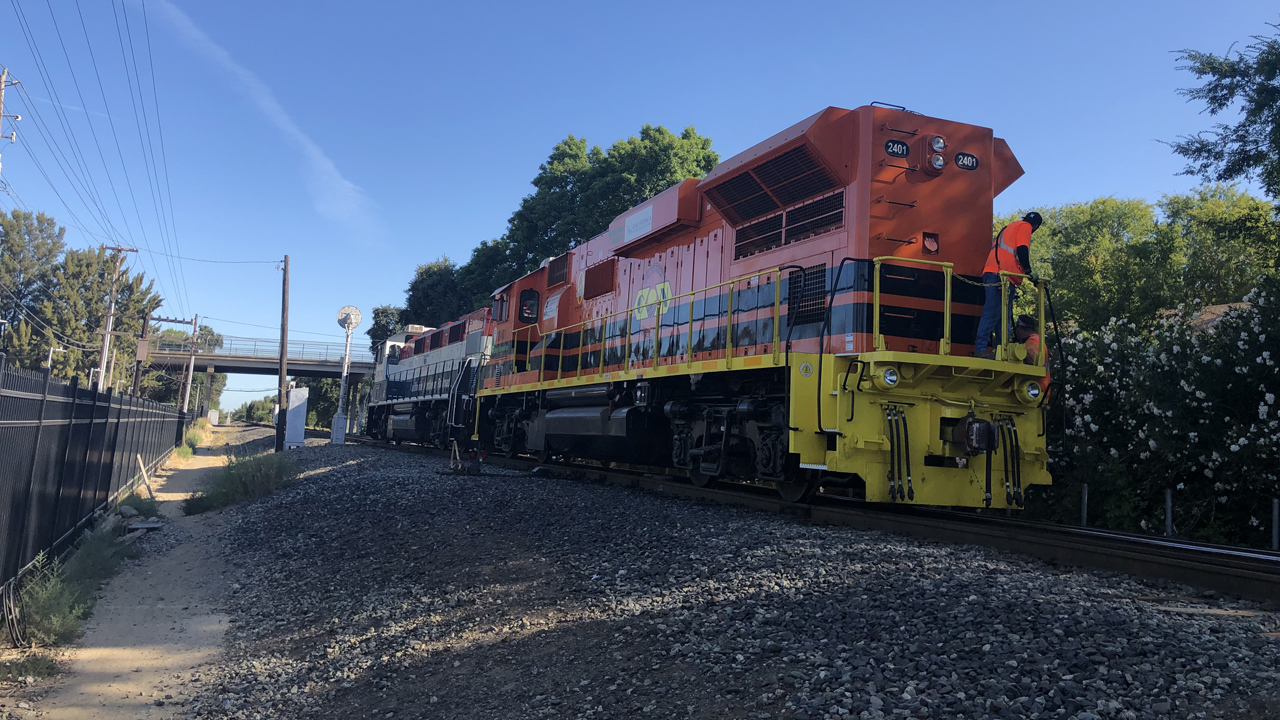 After talking about tomato paste for a good portion of the morning, Jake Harrison, the general manager of California Northern Railroad Company, recommended a Hawaii teriyaki restaurant for lunch.

“[The shift] probably runs about eight hours,” Harrison said. “It starts in Woodland and then we run about 20 miles down the track to Davis, pick up a 30-, 40-, 50-car train and bring it back to Woodland to service customers.”

Ask Harrison about what locomotive now services the California Northern Railroad Company and you will not be able to get a word in. He and the rest of his crew have been excited about a new U.S. EPA Tier 4 Near Zero Emissions locomotive, which also is verified by CARB. These particular locomotives, manufactured by the Knoxville Locomotive Works (KLW), were delivered to the short-line railroad company back in July 2019 and were immediately put to work. The two 2,400-horsepower diesel locomotives use selective catalytic reduction technology to meet the most stringent emissions requirements set by the Environmental Protection Agency and verification by the Air Resources Board of California. Their high-efficiency, 12-cylinder MTU engines are expected to provide fuel savings of 25% and reduce diesel emissions—carbon dioxide and oxides of nitrogen—by 93% compared to the two circa-1976 locomotives being replaced.

“Obviously [they are] more fuel efficient which is what we are after,” said Harrison. “Everyone wants to burn cleaner and contribute to the carbon footprint in a positive way.

“The thing I constantly hear from the crew is [the locomotives] pull really, really well. When you are a working engineer and you have to move the train and it is struggling … when you have a locomotive on the rails that pulls and works well that is what you want. If the crews signs off on them … really that is all you can ask for.”

The power of the new Tier 4-compliant locomotive allows the California Northern Railroad Company to do work with one locomotive rather than two, which also eliminates a little bit of the chaos during a run.

The Cleanest in the World
On Aug. 22, 2017, Knoxville Locomotives Works announced its SE Series of four- and six-axle diesel locomotives gained Tier 4 emissions certification from the U.S. Environmental Protection Agency. The Tier 4 certification includes switch duty cycles for locomotives rated at 1.49, 1.64 and 1.72MW and the line haul duty cycle for units in the 1.78-2.39MW range. A new high-speed MTU engine reduces fuel consumption by up to 20 percent, with a low-speed AR10 alternator. The engine is linked to the alternator via a ZF 2:1 reduction gearbox—a configuration common in the marine industry—to reduce the high RPM of the prime mover to the lower speed required by the alternator. The gearbox is linked to the alternator using a double-bearing adaptor developed by KLW, and a Geislinger and Centa coupling.

The low-emission, high-efficiency locomotive, billed as the cleanest in the world, has made some big unveilings over the past year, including the one with California Northern Railroad Co.

In March 2019 Cemex USA introduced the Tier 4 locomotive at its Victorville, Calif., cement plant as part of the company’s continued commitment to sustainability.

A month later Stockton Terminal and Eastern Railroad rolled out a Omni 1050 locomotive in Sacramento, Calif. At the unveiling, OmniTRAX’s David Arganbright said the KLW locomotive is 93 percent cleaner than a standard locomotive and has 40 to 50 percent savings in fuel.

To date KLW has successfully employed more than 40 Tier 4 locomotives with 19 different customers, including short line, industrial and government railroad end users. The Tier 4 locomotives have obtained more than 250,000 hours of cumulative operating run time, and the confirmed fuel savings range from 25 to 50 percent depending on the application. The KLW SE Series locomotive models in the EPA Tier 4-certified and CARB-verified configurations have been renamed to NZE, or Near Zero Emissions. These 28 locomotives have been verified as the cleanest diesel freight locomotives in the world, attaining emission levels 93 percent below Tier 4 regulatory emissions standards. 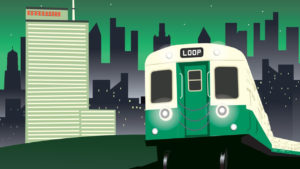 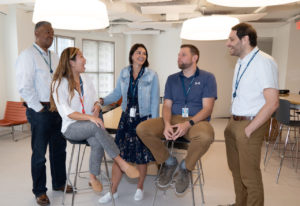 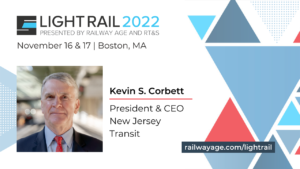