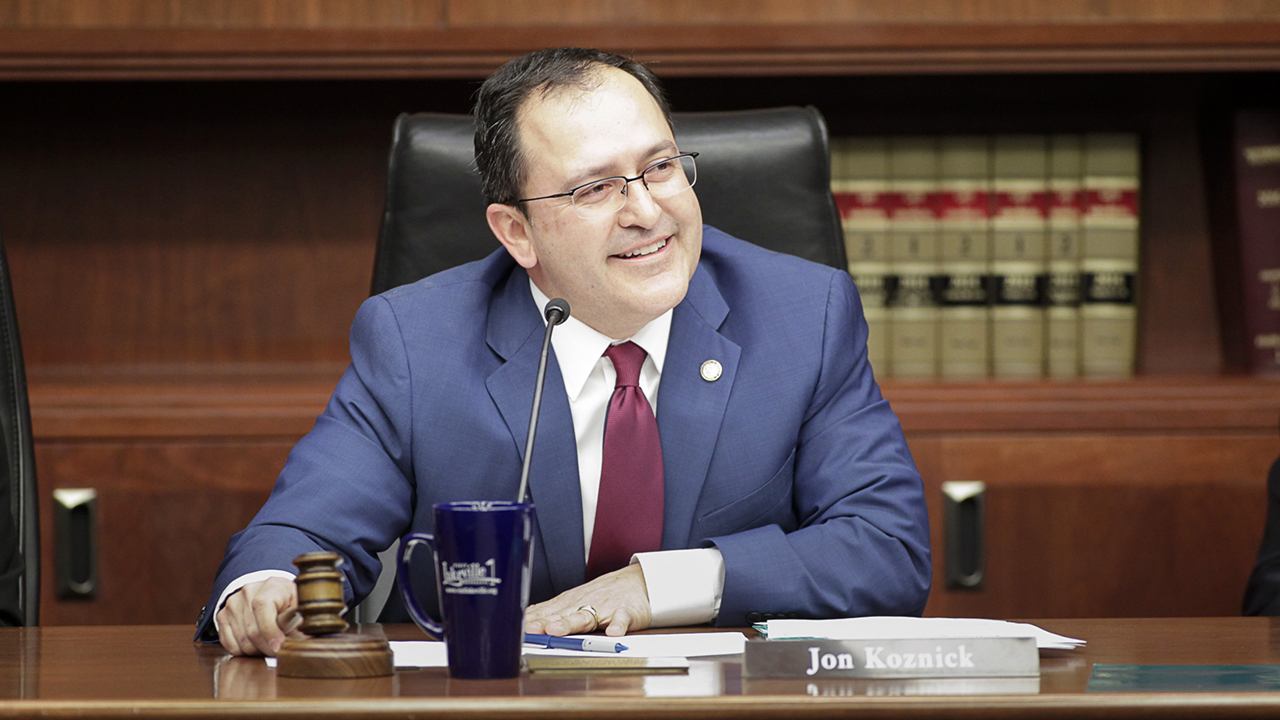 Jon Koznick: “We need to reinvent and reimagine how we deliver transit.” Not with your ideas!

Minnesota State Rep. Jon Koznick (R-Lakeville) apparently doesn’t think much of rail transit, much less understand its purpose. If he did, he wouldn’t be trying to deep-six the Minneapolis Northstar commuter rail system. I’ll try to be diplomatic here, but don’t expect too much.

A visit to the state legislature’s website reveals that this self-appointed transit grim reaper introduced an amendment in the Transportation Finance and Policy Committee on March 23 that would “end the NorthStar (sic) Commuter Rail line and direct operational savings from NorthStar into a redevelopment fund to aid businesses damaged from civil unrest last summer.”

Koznick is specifically talking about those businesses damaged in the wake of George Floyd’s death on May 25, 2020, for which former Minneapolis police officer Derek Chauvin is now on trial for homicide.

Koznick accurately pointed out that “since the start of the pandemic, ridership on NorthStar has fallen by more than 80%.” But then his reasoning takes a hard right turn: “However, NorthStar has long been a boondoggle that has required taxpayers to throw good money after bad. As lawmakers and stewards of tax dollars, it is time to mothball this project once and for all and instead use these resources to help rebuild communities damaged from riots and civil unrest last summer.”

This year’s budget for Northstar (also operated by Metro Transit) is $11.4 million, according to an April 7 MPRNews report. Correspondent Kirsti Mahron talked with several Northstar riders who depend upon the service for various transportation needs:

• Mugesi Ogongi, who takes the commuter train to Minneapolis, where she works as a mental health professional at M Health Fairview University of Minnesota Masonic Children’s Hospital. “As an essential worker, Ogongi had to commute to work all last year,” Mahron writes. “But in the early days of the pandemic, she said there were sometimes as few as five people on the train. Some riders have returned, she said, but not as many as there used to be before COVID-19. Ogongi attributes the drop in ridership to people losing their jobs to the pandemic. She’s hoping it picks back up soon. ‘Some of us, we depend on it,’ she said. ‘Without it, I don’t know how I would get to work.’”

• Ebere Ofem, who lives in Coon Rapids, Minn. “Several days a week, she works and attends classes at St. Cloud State University, where she is earning a master’s degree,” Mahron writes. “Before COVID-19, Ofem would take an afternoon commuter bus from St. Cloud to Big Lake, then ride the Northstar train to Coon Rapids. But during the pandemic, the number of trips has been reduced, and the trains don’t carry riders south in the evenings. So Ofem waits for an Uber to make the rest of the trip home. ‘I pray about it almost every day, because of the cost of coming down here and going back home,’ she said. ‘Most times, I spend about $60 in a day. And then, three times a week—how much am I making? It’s crazy.’”

A proposed Northstar extension from Big Lake to St. Cloud estimated to cost up to $257 million and take up to seven years to complete would make Ofem’s commute far less “crazy.”

But this, from Koznick, is what’s really nutty: “We need to reinvent and reimagine how we deliver transit … My bill furthers that discussion to say, ‘Hey, do we want to continue to put money into a system that isn’t delivering people to downtown Minneapolis, not delivering people where they need to go?’ It’s kind of a fancy way to get to the Twins game. I get that. But beyond that, I think it’s a serious question that needs to have serious consideration.”

No, Antirailnik Koznick, you don’t get it. What needs serious consideration is why people like you are allowed to waste everyone’s time by introducing useless legislation and uttering silly rhetoric about baseball games, instead of working to ensure that commuter rail lines like Northstar be given the opportunity—and time—to grow in ridership and physical scope, and adjust schedules that reflect changing travel needs.

State Rep. Dan Wolgamott, (DFL*-St. Cloud) gets it. He has called Koznick’s quest to kill Northstar a “divisive political stunt.” “He strongly believes the solution isn’t to end the rail line, but to extend it—another 25 miles from Big Lake to his district in St. Cloud, where there are more potential riders,” Kirsti Mahron writes. “‘Do you think that having the train end in Big Lake versus ending in a regional center that has businesses and colleges and universities—you think that that might affect ridership?’ Wolgamott said. ‘Northstar never should have stopped in Big Lake in the first place. It needs to be finished and come to St. Cloud.’”

Yes, I think it might affect ridership. “Build it and they will come” doesn’t only apply to fictional baseball fields. It applies to passenger rail. Stop throwing curve balls, Koznick. Get with the program, and play ball on a sustainable field. Right now, you’re just picking out the splinters you’re collecting by sitting on the bench and making a lot of noise that nobody needs to hear.

Oh, by the way, if I were visiting Minneapolis and the New York Yankees were in town playing the Twins, I’d take the Northstar train to the game. I’d like to see one of the players from either team hit a foul ball into the stands that comes very close to clunking Koznick in the head. Maybe that would scare some sense into him?