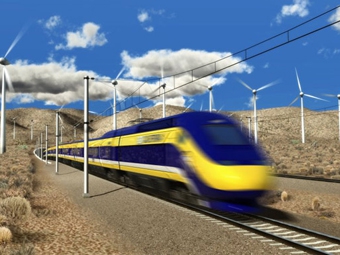 The California High-Speed Rail Authority on Jan. 17 named Brian P. Kelly as its new chief executive officer, the same day it received a new report that found delays and higher-than-expected costs would inflate the price of the project by $2.8 billion.

The board of directors’ vote to approve Kelly comes as CHSRA is progressing from the planning phase of the state’s high-speed rail system toward the full construction phase. The authority said Kelly’s compensation is $384,984.

Brown has named Brian Annis as acting Transportation Agency secretary. Annis has served as the agency’s undersecretary since 2013.

The report says delays and higher-than-expected costs are driving the anticipated price of construction in the central San Joaquin Valley by more than one-third, to about $10.6 billion, up from the authority’s 2016 estimate of $7.8 billion for the 119-mile section from Madera to Bakersfield in the central San Joaquin Valley. The first phase is planned as the backbone of a route connecting San Francisco and Los Angeles, with train speeds of 220 mph.

The nine-member board unanimously approved Kelly, who’s appointment is effective Feb. 1, 2018. He succeeds Jeff Morales, who resigned in June, 2017.

Kelly previously served as secretary of the California State Transportation Agency since it was established in 2013. As secretary, Kelly managed one of the largest portfolios in the state, with more than 38,000 employees and a budget surpassing $18 billion.

About $725 million of the project’s cost increase is due to ongoing problems in purchasing property needed for the right of way through the Valley, according to local media reports. That involves having to buy more parcels than originally forecast, as well as paying more than expected for individual properties.

Construction delays account for about $325 million, as well as $450 million for “intrusion barriers” to separate the high-speed tracks from adjacent freight lines. Additional costs of $600 million are associated with agreements with outside agencies including utility companies, cities, and counties.

An additional $1 billion is now forecast for other items, including the increased cost of track construction and operating systems.