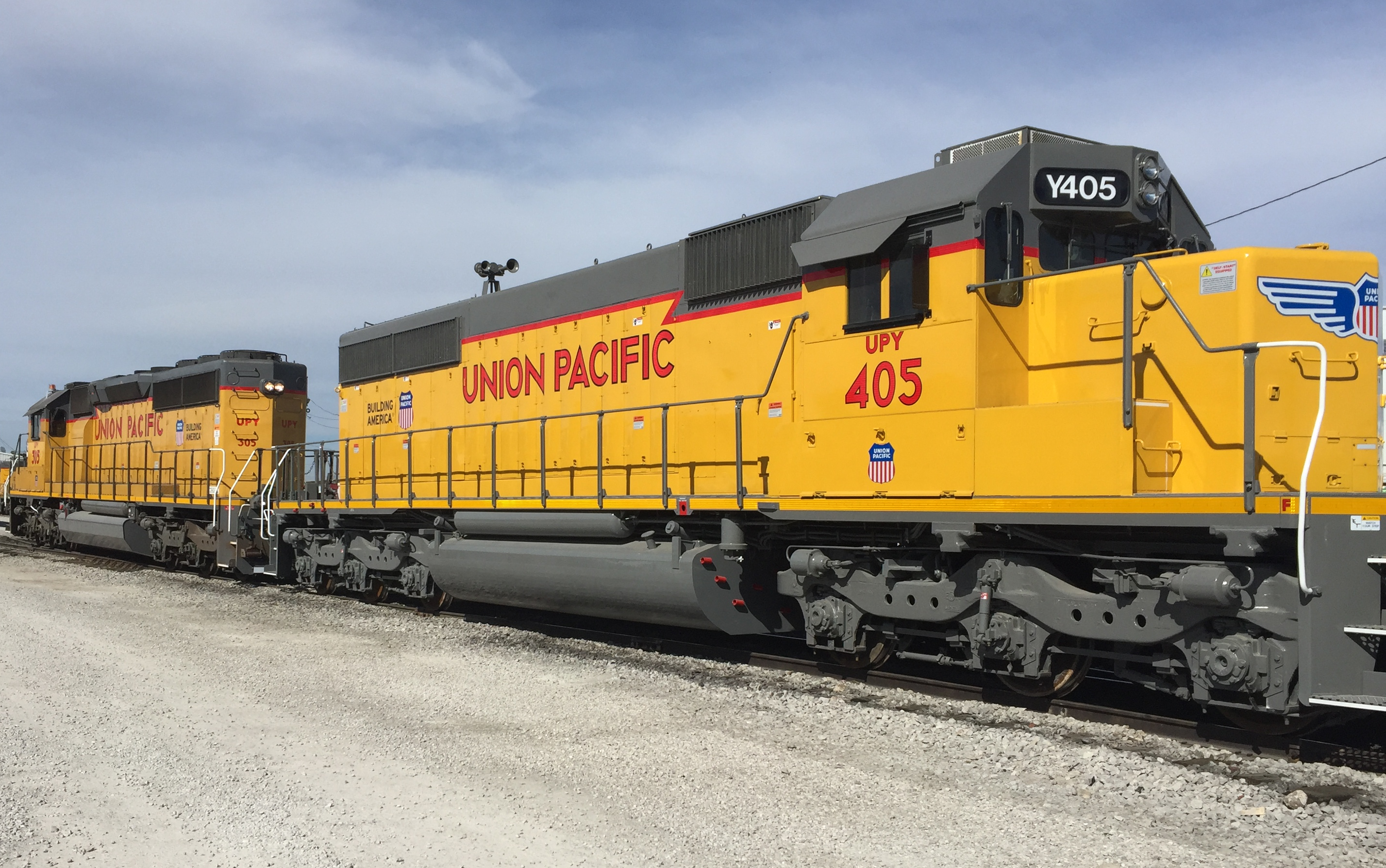 The hybrid-electric locomotives, which will be equipped with ZTR-supplied batteries, power electronics and controls, will be built at UP's Little Rock, Ark., facility. (UP photo)

Union Pacific Railroad (UP) and ZTR, a locomotive control systems supplier, announced on Oct. 6 a partnership to build hybrid-electric locomotives. The locomotives will be built at UP’s North Little Rock, Ark., facility with the first prototype expected to be delivered in late 2023 and five additional units arriving in 2024.

Known as “mother-slug” sets, two locomotives are replaced with one diesel locomotive connected to an accessory or slug. In “keeping with its sustainability commitments,” UP converts older locomotives, typically with higher emissions, the Class I says. The slug unit will be converted and equipped with batteries, power electronics and controls supplied by ZTR, helping to “achieve fuel and maintenance savings and offer environmental benefits” allowing the hybrid-electric “mother-slug” to operate in single-engine, battery charging or electric only modes. UP says, much like today’s plug-in hybrid car, the locomotives can operate in multiple modes with several ways to charge the locomotive batteries, including wayside and onboard charging.

The new locomotives, UP says, will be used chiefly for yard operations with the engineless slug increasing traction motors available to the locomotive, “boosting the pulling and braking power that is key for this kind of work.”

UP began rolling out “mother-slug” sets with ZTR’s Nexsys control systems in 2017 and currently operates more than 65 in yards systemwide. Depending on the mode of operation, fuel savings and greenhouse gas emission (GHG) reductions could total up to 80%, the Class I says.

“Adding hybrid-electric locomotives to our fleet is another important step for UP as we work to explore ‘drop-in’ technologies that modify current systems and reduce our carbon footprint,” said UP Senior Vice President of Engineering and Mechanical Shane Keller. “This pilot will help make our fleet more fuel efficient and further advance our commitment to reaching our sustainability goals, while testing the technology’s capability for expanded use across our locomotive fleet.”

“ZTR is proud of our long-standing relationship with UP and excited to partner with them on this hybrid-electric locomotive development,” said ZTR Control Systems President Derek Shipley. “This investment aligns well with our ongoing goal to leverage ZTR’s technical expertise to support railways in their decarbonization and efficiency improvement efforts. This initial hybrid-electric mother-slug application will be the basis of our design for future hybrid-electric, long-haul and fully electric solutions.”

According to the railroad, moving freight by rail instead of truck reduces GHG emissions by up to 75%, adding that, on average, UP moves a ton of freight 463 miles on a single gallon of diesel fuel.

UP published its first comprehensive Climate Action Plan in December 2021, outlining its efforts “to significantly reduce emissions within its operations.” As part of that commitment, UP says it will reduce absolute Scope 1 and 2 GHG emissions 26% by 2030 and achieve net zero GHG emissions by 2050.

Earlier this year, UP announced a $1 billion agreement with Wabtec Corporation for 600 locomotive modernizations–the “largest investment in modernized locomotives in rail industry history,” as well as the purchase of 20 battery-electric locomotives apiece from Progress Rail, a Caterpillar Company, and Wabtec, representing “the largest investment in battery-electric technology by a U.S. Class I railroad.” Deliveries are expected to begin in late 2023 and run through late 2024.