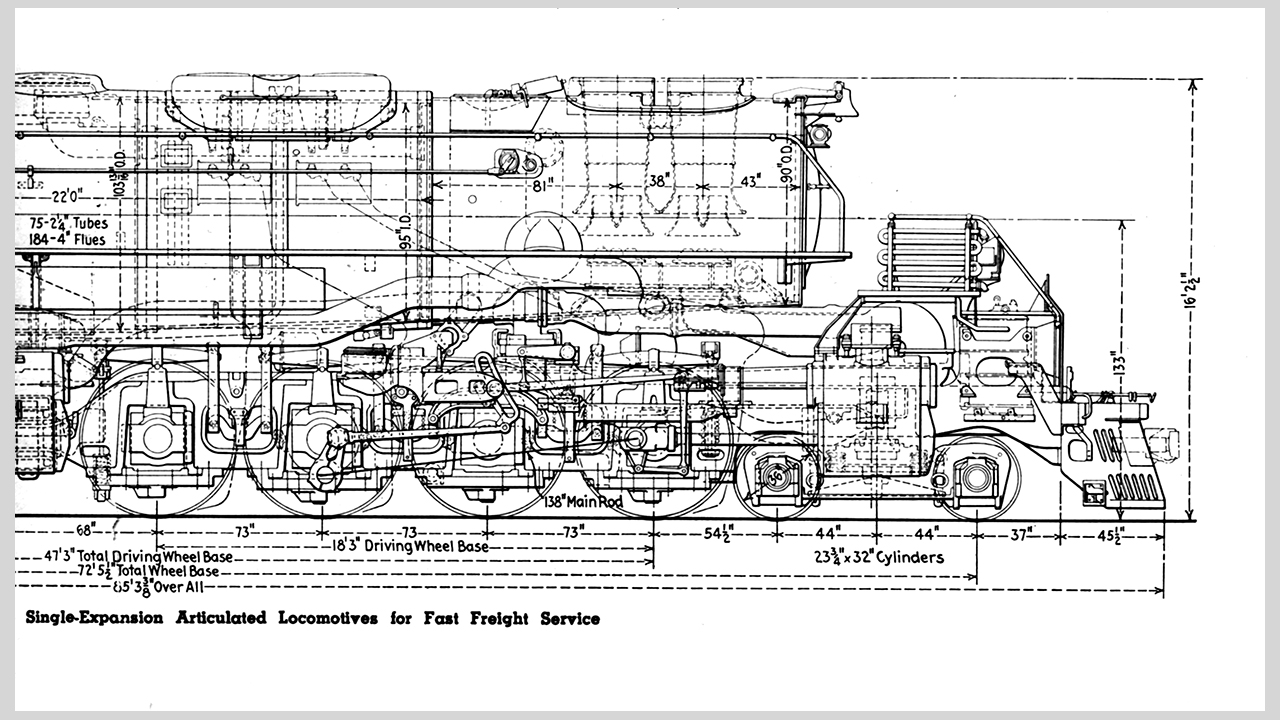 The only operating example in the world of the largest steam locomotive ever built thundered her way, in May 2019, from Union Pacific’s Steam Shop in Cheyenne, Wyo., to Ogden, Utah, to take part in ceremonies marking the 150th anniversary of the Golden Spike, which completed the nation’s first transcontinental railroad.

She’s “Big Boy” 4014, built in 1941 by the American Locomotive Co. to UP specifications for hauling heavy trains over the Wasatch Mountains between Ogden and Green River, Wyo., on a 1.14% ruling grade.

The nine-page Railway Age article of Oct. 4, 1941, pp. 519-526 and 528, downloadable from the link below, describes the Big Boy in full technical detail, listing all component suppliers, some of which are still in business. Also available for download are the elevation and cross-section technical drawings, in a single graphic assembled from pp. 522-523.

We salute Union Pacific, its Steam Team and all the suppliers who returned 4014 to glory. 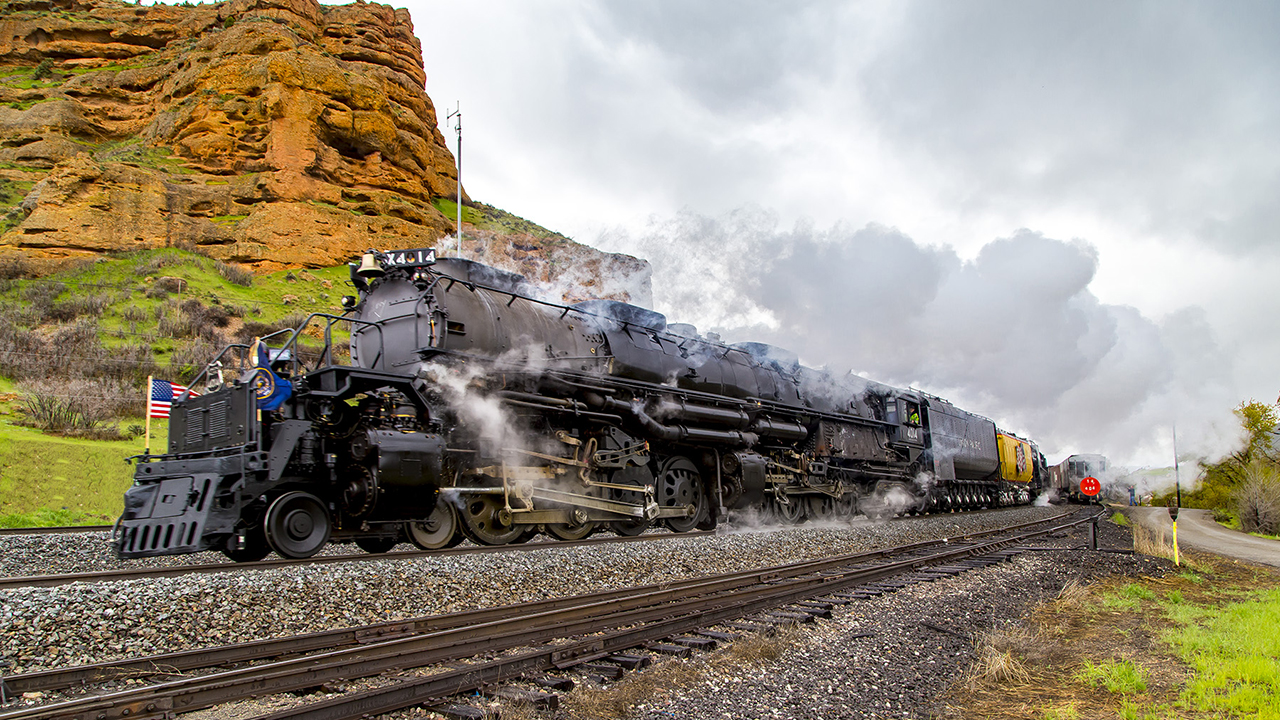 Union Pacific Big Boy 4014, along with Union Pacific 844, en route to Ogden, Utah at Echo, Utah, to help celebrate the 150th anniversary of the driving of the Golden Spike. Photo: Wikipedia/Aaron Pedersen