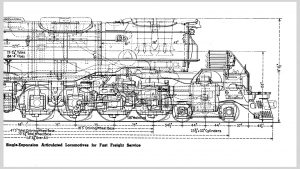 The only operating example in the world of the largest steam locomotive ever built thundered her way, in May 2019, from Union Pacific’s Steam Shop in Cheyenne, Wyo., to Ogden, Utah, to take part in ceremonies marking the 150th anniversary of the Golden Spike, which completed the nation’s first transcontinental railroad. 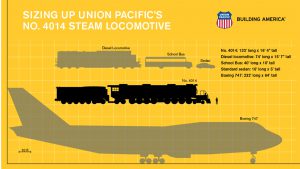 Big Boy 4014 is back: UP restores, runs iconic train 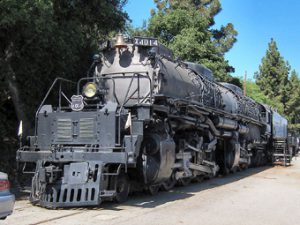 One of the largest and perhaps most famous steam locomotives ever built—Union Pacific’s articulated 4-8-8-4 “Big Boy” No. 4014—will be restored to operating condition by UP’s Cheyenne, Wyo.-based Heritage Fleet Operations within the next five years. 4014 will join UP’s two other famous steam locomotives—4-6-6-4 Challenger 3985 and 4-8-4 Northern 844—in excursion service when her restoration is completed. She will become the world’s largest operational steam locomotive.