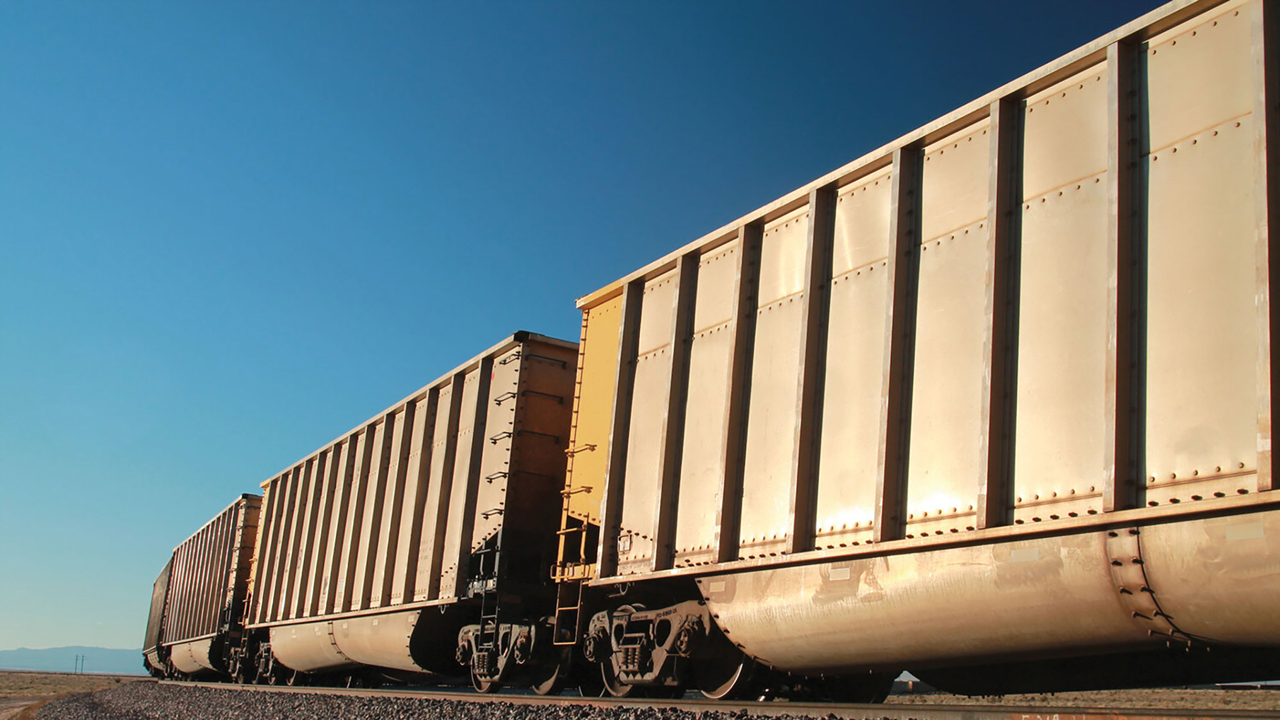 The laboratory tests evaluated each wheel steel for various material properties, including hardness, tensile strength, fracture toughness, and microcleanliness. Additionally, rotating beam fatigue tests were performed on each steel type to determine the endurance limit. For this test, samples were subjected to rotating bending conditions at various loads. A rotating beam fatigue tester is shown in Figure 1 (below).

The bending load is applied vertically through the end of the specimen on the right side of the figure. By plotting the cycles to failure against the bending stress, an S-N curve can be generated. The stress at which the material runs for at least 10 million cycles without failing is known as the endurance limit. The steels in this test had endurance limits ranging from 45 ksi to 85 ksi. The endurance limit by itself is not the main indicator of performance, but it must be considered in conjunction with other mechanical properties. All steels met or exceeded the requirements for AAR Class C wheels.

The HPW2 test wheels were installed under 10 gondola railcars loaded to 286,000 pounds GRL (gross rail load), using two or three test wheelsets from each supplier. These wheelsets have accumulated an average of 60,000 miles at FAST. Normalized values of flange wear and tread wear showed a range of values with more wear showing on wheels with lower tensile strength and lower hardness.

Ultrasonic testing revealed shallow subsurface fatigue cracks in seven of the test wheelsets, including three wheels provided by one supplier. Wheels with cracks were removed to prevent the development of a more serious condition, such as a vertical split rim. Most of the observed cracks developed in narrow bands less than 0.5 inch wide, but measured 1 inch to 24 inches in length. Two crack bands were nearly continuous around the circumference.

All of the detected subsurface crack bands developed after the previous semi-annual ultrasonic inspections. In each case, no indications were found in the previous inspection. No wheels have been removed for other causes, although several wheels are nearing the AAR wear limit for flange width.

Revenue service testing began during summer 2020 with six participating suppliers. Wheels were installed in unit grain trains. To directly compare performance, approximately 100 sets of AAR Class C wheels will also be monitored for causes of removal. The operating railroad plans to provide TTCI with periodic updates including mileage, repair, and WILD (Wheel Impact Load Detector) data on cars with test wheels. As with the on-track testing at FAST, TTCI’s HPW inspections in revenue service will consist of examining tread condition, tread and flange wear, as well as ultrasonic testing for subsurface fatigue cracks.