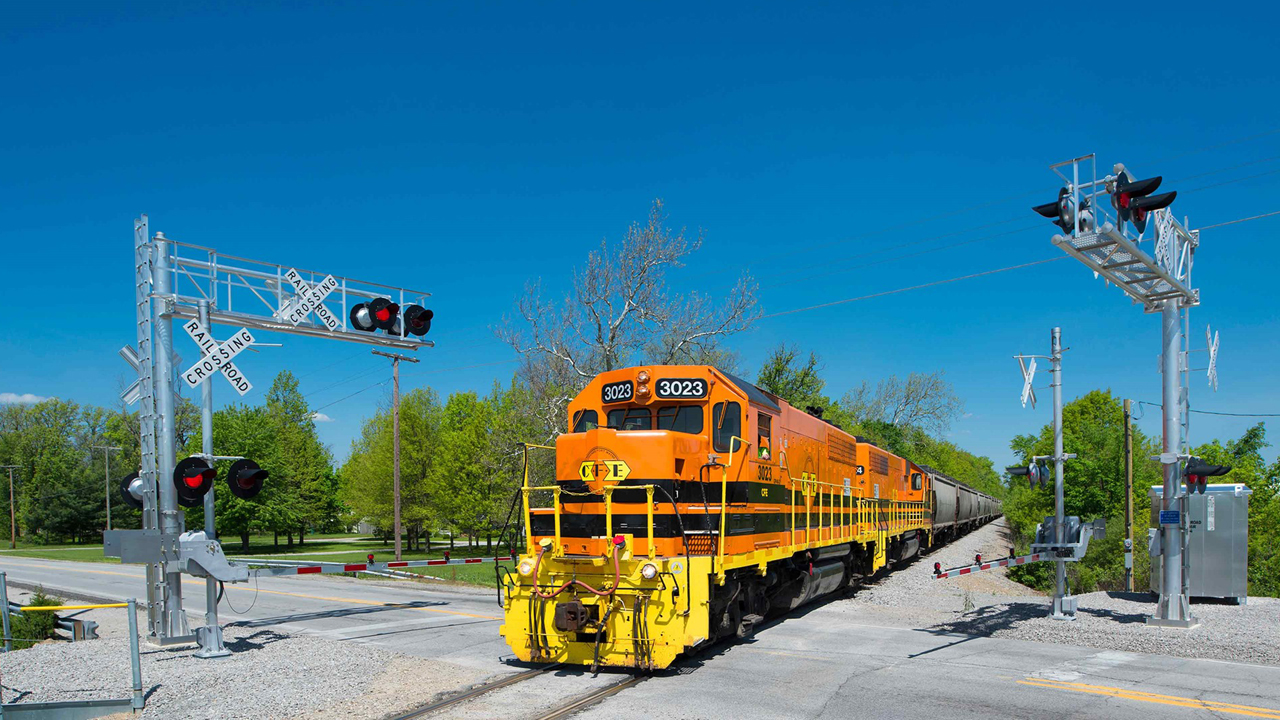 Are short lines offering a better customer experience than Precision Scheduled Railroading (PSR)? The Class I railroad business seems to be all about the benefits of PSR. That’s the name of a cost minimization business strategy introduced more than a decade ago at CN, now expanding as the service model at five of the other six large North American railroad companies (Norfolk Southern, CSX, Union Pacific, Kansas City Southern and Canadian Pacific). Class I’s annually earn more than a Federal Railroad Administration-set threshold of $500 million in revenues.

This rail freight market view column is about the service performance of the rest of the railroad companies that are much smaller organizations. The thesis offered is that the smaller-sized railways offer far superior service in terms of precision-like scheduled carload pickup and carload final-car placement than do the much larger railroads. How could that be?

Before defending the car service assertion, here are a few facts about small railroads. There are just over 600 railroad companies classified as short lines or regionals operating across the U.S. and Canada. Short lines are mostly small-business companies. Some operate trains over less than one mile of track. A few short lines are much larger in terms of track-miles distance. The FRA standard definition of a short line is Class III, with revenues of $35 million or less. Regional railroads are Class II, with more than $35 million but less than $500 million in revenues.

There are 50,000 track-miles of Class II and III operations, according to statistics published by the American Short Line and Regional Railroad Association (ASLRRA). While many of these small-business railroads are individually owned and managed, it is estimated that about two-thirds are either owned or controlled by holding companies as a method of better managing their competitive cost structure as companies.

The Genesee & Wyoming (G&W) is perhaps the largest of the holding companies, with more than 100 physically separate but united companies (more than 120, counting international properties). Among other holding companies are OmniTRAX, Anacostia & Pacific and RJ Corman.

What makes Class II’s and III’s different than their larger Class I counterparts? (For the purposes of this discussion, let’s call Class II and III carriers short lines.)

Several service characteristics stand out when dissecting a short line market promise and its delivered operational performance. The essential difference comes down to flexibility at the local customer plant or warehouse site.  Smaller network size makes pick-up and delivery easier to manage. Once the empty railroad car or the loaded railcar is in physical possession of the short line, actual pull or place can occur at well over 95% of the service expectation. In contrast, Class I network complexity often results in an imprecise 60% to 80% delivery scorecard.

Here are the performance highlights of what distinguishes a short line company’s corporate health and services from a Class I:

• Short lines typically can be profitable as long as the traffic carloads per year are about the equivalent of 100 units for each route-mile operated by the railroad. The profit hurdle when a branch line track is owned and operated by a Class I is significantly higher.

• Short lines are formed with a much lower manpower cost structure that includes more-flexible work rules. This effectively gives the smaller railroads approximately a 25% or greater cost advantage versus a Class I operation for what economists call the on-branch operations. That is a huge driver of short line efficiency.

• Short lines are very effective at negotiating service and shared capital project business deals with their face-to-face local customers. That was always a hurdle when the corporate headquarters of a railroad like Conrail was hundreds of miles away in Philadelphia compared to sites like Cairo, Ill., or Kewaunee, Wisc. (site of the old Pennsylvania Railroad subsidiary Ann Arbor—then Michigan Interstate—subsidized rail/water line).

• Short lines are focused directly upon industrial development along their limited geography service tracks. They are not distracted by competitive locations that want their location to be the next job creation site.

• Short lines have a simple way to calculate customer profitability as a guide for managing their service responsiveness. Class I’s have tried for decades to calculate and then share with their remote train crews information about branch line financials. The Class I’s even tried to create regional cluster profit centers that would better focus attention on local branch line customers and new business development. The results were at best a mixed success. Selling off or otherwise leasing “troubled lines” to a smaller company typically became the favored big railroad divestiture business process.

• There is an ease of doing business with short lines. The difficulty of transacting business has long been an internally acknowledged Class I issue. Local small railroads have successfully addressed this with local managers dealing one-on-one with local customers.

• The short line railroads have worked to grab growth opportunities. They developed local community and state railroad DOT programs that gave them access to development and rehabilitation capital.

Growth in business volume is a key to short line success. G&W has documented and shared its growth success story. Between 1979 and 1998, the company recorded a 21% compound annual growth rate (CAGR) in revenue. In the 1996-2019 period, it was still an impressive 16% CAGR. I am unaware of any similar Class I growth pattern. G&W grew its carload units by an impressive 6.5% in 2018. J.D. Power rates its service performance as higher than many truckers and better than most Class I’s. Its predictable delivery and switching metrics exceed most Class 1 recorded PSR deliverable rates.  Many of its short lines achieve PSR goals—like 60% operating revenues—but without the reported customer service disruptions.

Short lines have clearly shown how to not only preserve local railroad service, but have also prospered financially. The significant decrease in on-line short line branch operating costs can’t be overlooked. A 25% or higher cost reduction can be a game-changer in local rail service economics.

Yet, there is a warning. Not every short line railroad survives. One estimate is that about one-third of the small railroad business units are financially marginal.

The next opportunity for short lines might be to become large low-traffic-density managers and traffic sales forces for carriers like CSX or Norfolk Southern that may seek to divest large groups of marginal branch lines to the short lines in the near-term. The historical pattern is that branch line abandonments or spinoffs come in cycles. America under the PSR business model can clearly expect the next wave of marginal Class I branch line spin-offs.

While the business thoughts expressed herein are those of the author, it is important to reference the contribution others have made to the facts and business theories of this column. Want to know more?  Seek out the following:

Chuck Baker and the ASLRRA technical staff in Washington, D.C.