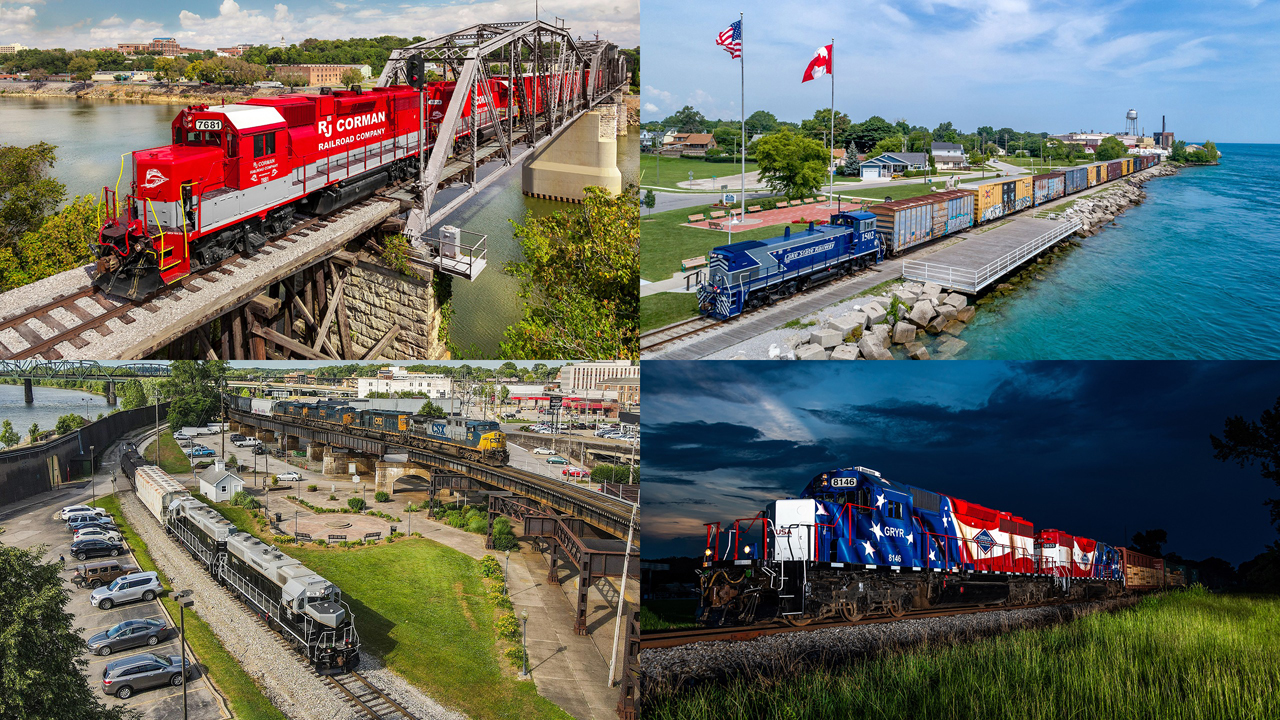 Despite the challenges facing all railroaders and their customers and communities this past year, Short Line of the Year RJCM “thrived, setting record carload volumes for three key customers—up 41% to 125%,” Railway Age Executive Editor Marybeth Luczak said during the awards presentation. “RJCM also added software to provide customers on-demand railcar visibility. And it invested more than $5.5 million in infrastructure: undertaking the rehabilitation and automation of the Cumberland River Bridge, the expansion of the South Union Distribution Center, and the Memphis Junction Interchange Capacity Project, which included 2,800 feet of new track construction and four new switches.”

Regional of the Year LSRC “is a standout for many reasons,” Luczak noted. “Based in Michigan, Lake State Railway won our 2018 Short Line of the Year award. During the awards presentation, CEO John Rickoff shared an ambitious goal. He said: ‘Now, we need to come back and win as a Regional Railroad.’ And they did.

“EVP and COO Mike Stickel explained in the railroad’s nomination story that Lake State Railway quickly positioned itself to be eligible, by becoming a 373-mile regional in 2019 with the strategic acquisition of CSX’s Saginaw Subdivision to Plymouth, Mich.”

To grow business when two of LSRC’s largest-volume customers shut down between March and May 2020 and others pulled back, the regional leveraged transloading. It has since onboarded nine new customers at six transload locations, which are expected to add about 17,500 carloads on an annualized basis going forward.

Based in Ohio, BIPR commenced operations in May 2020, through a line assumption from CSX. “In year one, this 48-mile short line increased total revenue movements 84% verses the prior three-year average; invested more than $2 million in equipment, rail upgrades and new sidings; and partnered with the Southeastern Ohio Port Authority to acquire a 165-acre brownfield for redevelopment—all with zero injuries and no missed switches,” Luczak said during the awards presentation.

RailUSA took over the 228-mile GRYR in mid-2018. “Its goals were to improve service frequency and reliability by upgrading all track from Memphis, Tenn., to Canton, Miss., to Class II and 286K GRL capacity,” Luczak noted.

“The company reopened 81 miles of abandoned line in December 2019, with a former customer returning to rail and a longtime customer building a second sawmill along it. RailUSA is now repairing another 90 miles of track plus 36 bridges, and work is expected to wrap up in mid-2022.”