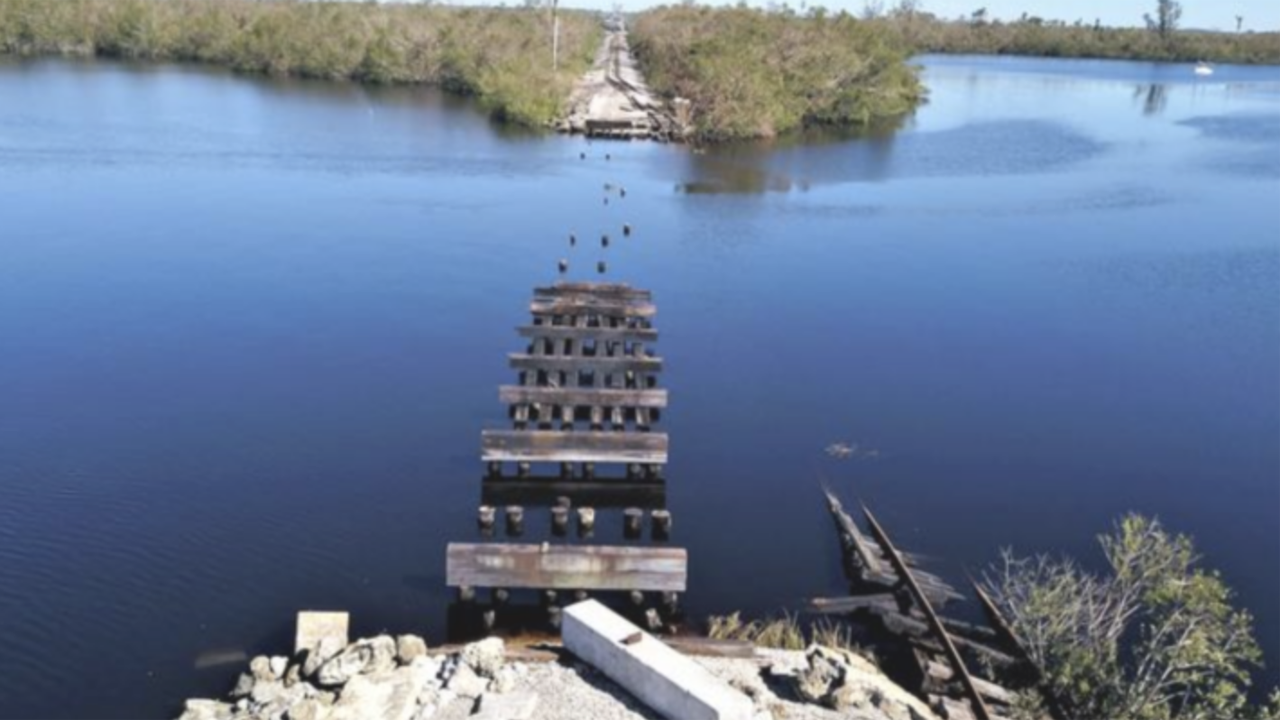 It may not be until next year when the Seminole Gulf Railway sees carloads moving again.

A total of six rail bridges were destroyed during the violent storm. Three of the spans are set near Fort Myers and total 1,300 linear feet, while the other half are around Arcadia. Like Fort Myers, Arcadia was slammed by the hurricane, and SGLR’s rail yard is still under water. Several rail crossings also were impacted.

SGLR Vice President of Construction Bruce Fay said it could take as many as six months to get the 100-mile line between Arcadia and Naples back in business. The timing could not be worse. SGLR transports plastic, propane, food and building materials, and Fay said those sectors are red hot in terms of activity.

SGLR connects with a CSX line north of Arcadia. CSX used to own the SGLR’s track and operated over it until 1987.