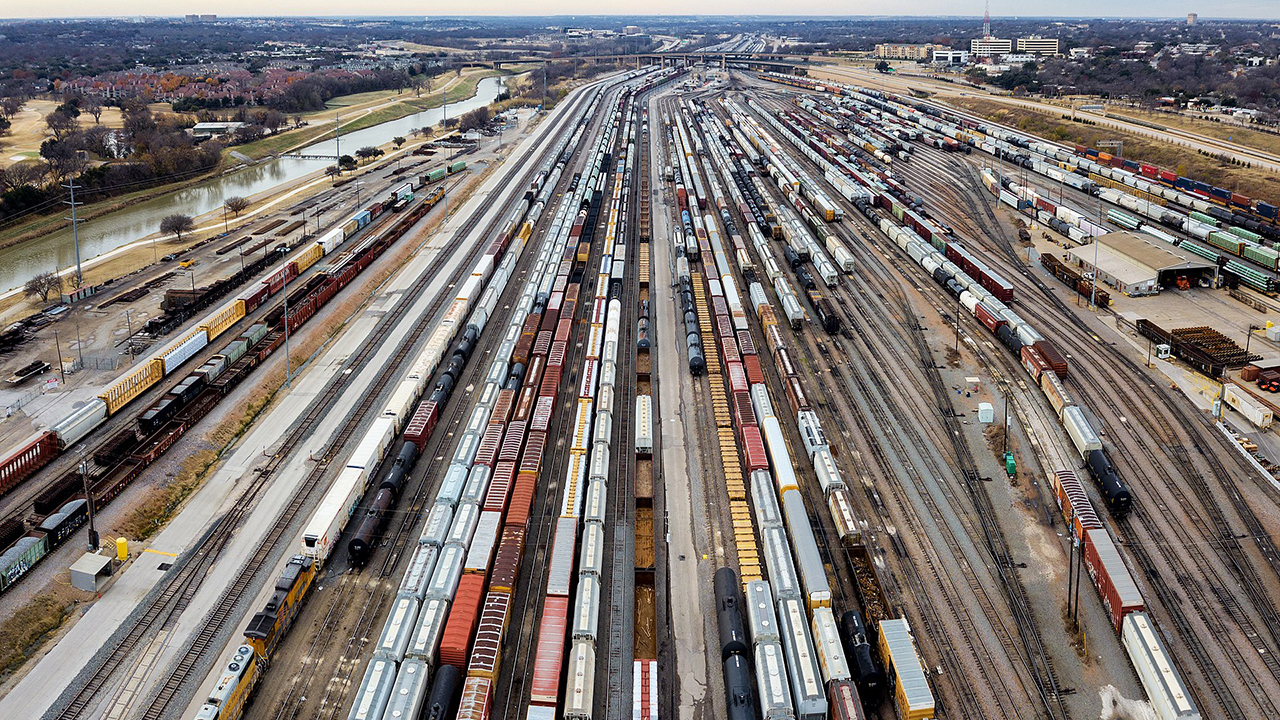 Editor’s Note: This opinion piece is in response to my invitation for “reasonable, fact-based, non-political opinions on Precision Scheduled Railroading by experienced railroaders from both the agreement and non-agreement sectors, to encourage discussion,” in response to “PSR Point/Counterpoint: Fortune,” published July 22 – William C. Vantuono

An Oct. 3, 2018 article in The Daily Aztec was titled “Honesty is a Virtue That is Slowly Fading from Society.” Nowhere might that ring truer than in the rail industry, particularly with regard to its treatment of Precision Scheduled Railroading (PSR). In support of this statement, I offer the following observations from the field in the region where I live and work.

A favorite claim of the industry regarding PSR is that it shifts the focus from moving trains to moving cars. When looking at how cars are actually being handled in the field, whether any element of truth within that claim exists is unclear.

To wit, one of the practices most common where I am located is the arrival of trains bringing into satellite yards blocks of cars that then sit in those yards for hours waiting to be picked up by a following train. This lengthens the following train to the 11,000-plus-foot range, which the industry views as favorable.

Another practice frequently observed is the combining of two trains into one very long train. This does not typically happen as the result of circumstance. Rather, I frequently see cars on a train sitting for hours in a terminal waiting for the arrival of the train with which they are being combined. Add in the delay in the time it takes to actually make these two trains into one, and then split them back up for final delivery.

A third practice involves the railroad’s choice to not provide hours of service relief for local freight trains as a cost-cutting measure. The cars on those local trains subsequently sit out on line, sometimes for long periods, until the railroad incidentally has another crew or train available to move the cars into their next scheduled terminal. This delays the forwarding of these cars to their final destinations.

From these examples, it should be obvious to even the most oblivious that this business model is not truly focused on expediting the movement of cars to their final destinations.

Union Pacific’s rail corridor across Northern Nevada is presently in a state of shambles not experienced in recent memory, if ever. Trains are being parked out on line for extended periods. Local and yard assignments are being delayed or annulled. The primary reason? Lack of manpower.

The workforce along this corridor was already stressed, in part due to attrition that occurred when the railroad, as part of PSR initiatives to reduce the workforce, chose to ignore and not comply with manpower agreements it has with its unions. Add to this trains now being rerouted along this corridor due to track outages associated with California wildfires and a derailment in Utah apparently caused by a flash flood. The resulting crisis we are now seeing is a textbook example of what to expect when you cut resources to the point that there is zero resiliency in your network to accommodate extraordinary circumstances. This situation does not beg sympathy. Rather, it highlights a failure of management.

In contrast, when asked in a July 22 interview on CNBC if his company has sufficient workers, the initial answer from Union Pacific CEO Lance Fritz was, “Yes.” Evidently, Mr. Fritz either is not paying attention to what is happening on this part of his railroad, or the information filtering up to him from the lower echelons is less than accurate.

The industry has stated that PSR principles have improved operating efficiencies. Much of what I have seen resulting from these changes is to the contrary.

Terminal congestion along the Northern Nevada corridor has long been an issue, with regard to one terminal along the route in particular. The aforementioned reroutes have exacerbated and spread the problem, and attempting to process trains exceeding 10,000 feet through terminals where the maximum capacity of tracks is typically in the range of 9,000 feet is both unhelpful and ineffective in solving the problem. Additionally, we see occurrences where opposing trains of lengths exceeding any siding over an entire subdivision descend upon a territory at the same time. When this happens, one of those trains is going to sit until the opposing train clears the territory. In some cases, I’ve seen trains held more than 14 hours for this reason. Again, this is not facilitating expedited movements of cars to their destinations.

The industry also claims that service metrics have improved as the result of PSR. Regarding this claim, I can recall that, formerly, discussions regarding metrics such as a customer service index were always significant factors included in quarterly-results town halls. Perhaps I’m missing something, but I do not recall the inclusion of such words in recent quarterly town halls, for good reason, I believe.

This past April, I met with a consultant from the finance group that assisted the State of Nevada in updating its federally-mandated State Rail Plan. In a discussion that lasted almost three hours, it was evident from insights this gentleman presented as well as from proposed goals contained in the updated plan that the group had spoken with many rail-served customers in the state. I stated the names of numerous rail-served customers, and he subsequently indicated that his group had spoken with them all. When I inquired if they had queried these customers with regard to the current state of the rail service they are receiving, his response was, “Oh, it’s terrible.” Not surprising when one considers that many of these customers have seen the frequency of their service unilaterally reduced and scheduled deliveries to their facilities bounced all over the clock as the railroad has combined work assignments to reduce both jobs and the need for motive power, in some cases leaving these customers without knowledge of when trains will actually arrive to service them.

A term we have heard recently from those railroads implementing PSR principles is that they are entering a phase where they are “pivoting to growth.”

Again, referring to my April meeting with the financial group consultant, a key point of discussion was a significant rail business opportunity being pursued by the state. This opportunity involves a significant amount of freight presently moving daily from a manufacturing facility in Northern Nevada to another facility in California, approximately 280 rail-miles distant. What is proposed in this opportunity is to replace the trucks (up to 52 per day) currently transporting this freight with a dedicated train providing overnight service. The specific question asked by the consultant was in regard to the possibility of providing such service by rail. My response was, “Absolutely, it’s possible, we’re already doing it.” The parties currently advocating for the movement of this business from truck to rail expect that achieving the participation of the railroad will be difficult.

Why would a transportation company potentially walk away from such a growth opportunity? Perhaps because the business isn’t profitable? In this case, rather, it appears the railroad may be reluctant to conduct serious discussions because the business isn’t profitable enough. It would be a low-margin business not conducive to the railroad reaching that all-hallowed 55 operating ratio PSR focuses on.

The shunning by a railroad of such a business opportunity because it is not profitable enough (the euphemism for which, apparently, is “marketizing”) does equate to stifling local economic development initiatives, hampering job growth, and obstructing certain climate initiatives. It may even equate to the railroad shirking its common-carrier obligation specified in Title 49 of the U.S. Code. It most certainly does not equate to “pivoting to growth.”

When an industry seems incapable of being honest about an issue, as is the case with the rail industry’s treatment of PSR (which, let’s be honest, has nothing to do with either “precision” or “scheduling”), most likely that is because the industry knows such honesty will raise the ire of those dependent upon that industry, and perhaps policymakers as well. Raising the ire of these people is exactly what needs to happen in this case. While Nevada may, perhaps, be an outlier with regard to the circumstances of which I have spoken, I doubt that. Rather, I believe that proper examination will reveal these problems with PSR, as well as others, are endemic throughout the rail network across the nation.

The facts as presented here, I believe, beg two questions. First: When, if ever, can we expect honesty from the industry? Second: When the truth can no longer be veiled by fancy words and cherry-picked statistics, who will be held accountable?

Matt Parker is a locomotive engineer and serves as Chairman of the Nevada State Legislative Board for the Brotherhood of Locomotive Engineers and Trainmen.