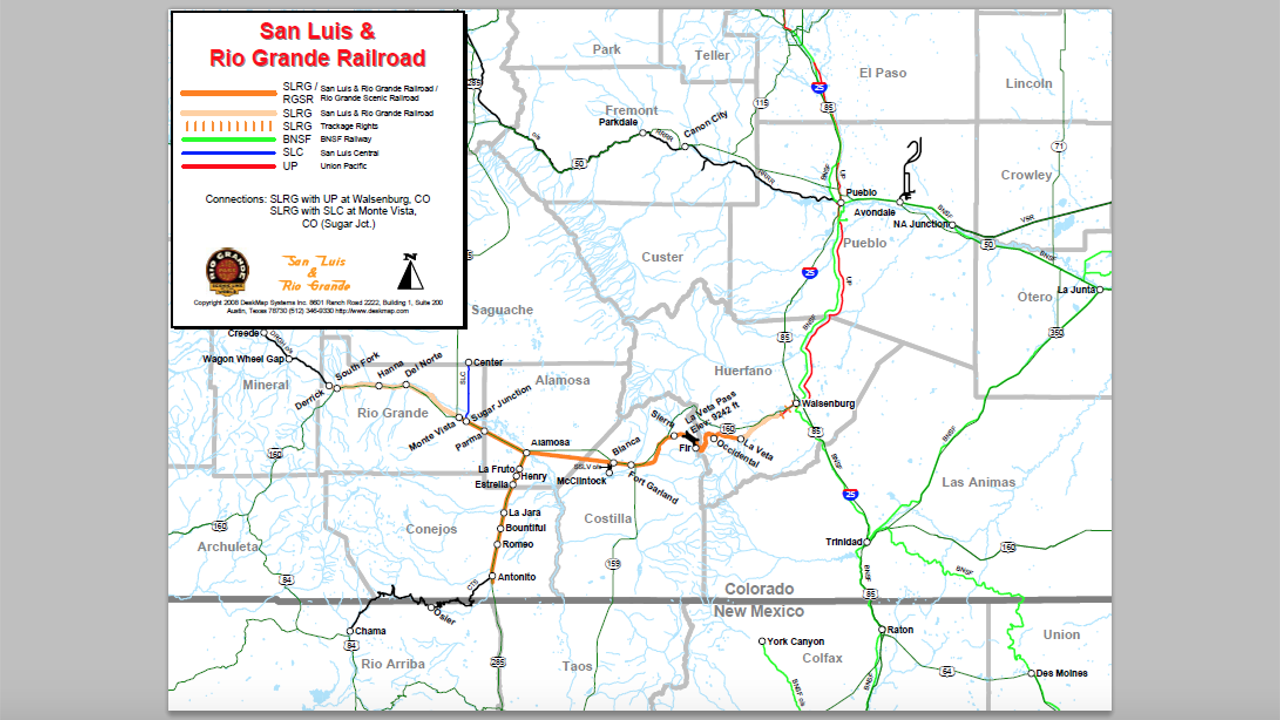 OmniTRAX, the short line railroad holding company that owns and operates more than 20 Class III railroads in the U.S., has signed a letter of intent to purchase the bankrupt San Luis & Rio Grande Railroad (SLRG).

The Valley Courier reports that while OminTRAX has signed a letter of intent to purchase the SLRG, the railroad has not yet been sold. William Brandt, the trustee overseeing the possible sale, said that a final agreement has not yet been reached. Brandt said, “A deal has been reached in principle, but the deal is still being negotiated.” The OmniTRAX offer is $5.75 million, but approximately $4 million will need to be spent paying back taxes.

SLGR is a former Iowa Pacific holdings property, and the line has been operating in bankruptcy for the past three years. OmniTRAX is associated with the Broe Real Estate Group in Denver, and specializes in freight logistics and shipping.

The Courier also is reporting that North Central Railcorp, a short line operator based in New Mexico, also may be interested in acquiring the SLRG. Brandt said that North Central signed a letter of intent last year but, to this point, had not obtained financing to purchase the railroad. Moreover, Brandt said when OmniTRAX made its offer, the company ceased negotiations with other bidders.

If OmniTRAX and SLGR can reach an agreement, it will be submitted to the bankruptcy court, with a hearing expected sometime in October.

The San Luis & Rio Grande Railroad runs west from a connection with the Union Pacific at Walsenburg, Colo., over the Sangre de Cristo Mountains at La Veta Pass and into the fertile valley of the San Luis and Rio Grande Rivers. At Alamosa, the railroad splits with a branch extending south to Antonito, just north of the New Mexico border, and northwest to South Fork. In addition to the UP, SLRG connects with short line San Luis Central Railroad (SLC) at Monte Vista and the Denver & Rio Grande Historical Foundation at Derrick, just west of South Fork. The SLRG is just under 150 miles long. The highest point on the SLRG is at La Veta Pass, is 9,242 feet above sea level, the highest rail freight line in North America. The primary commodities hauled by the SLRG are grain, minerals, specialty rock products and produce. SLRG also handles substantial bridge traffic to and from the SLC. 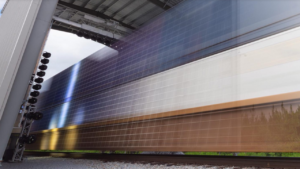