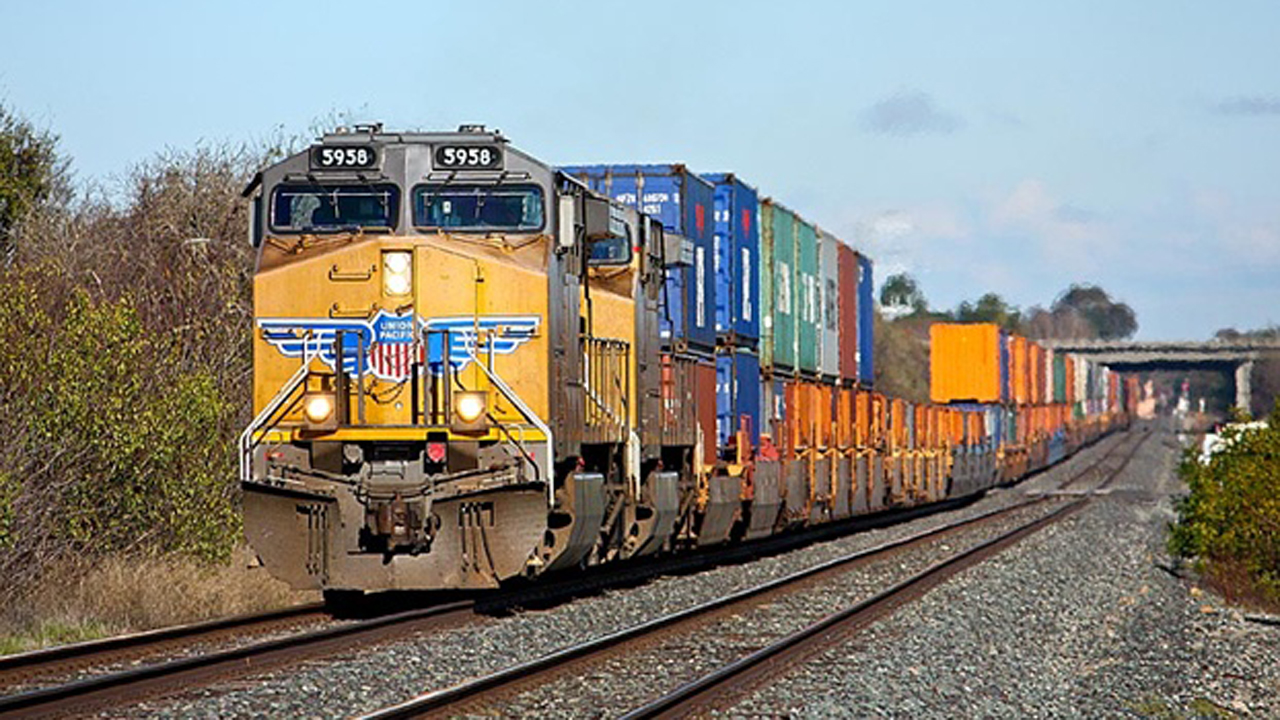 Peak season visibility is murky, as some cracks emerge in the macro. Improving rail service offers some respite as volumes tick upward. Rail pricing continues to come above cost pressures. M&A activity is solid. Preliminary capex for 2023 is looking at least flat.

Panelists offered cautious descriptions of the state of economic confidence, while suggesting the consumer still has some dry powder on the sidelines. Despite the optimism, some companies noted that select retailers are talking about a muted buying season as inventories remain high. Certain sectors (discount retail, e-commerce, automotive and coal) were noted as having robust demand. Union Pacific and Werner Enterprises were two companies that suggested that the current political atmosphere adds to the weakness on the consumer side, and this could clear up after the midterm elections.

The Class I’s we hosted noted that, although carload volumes are generally a good guide on the macro picture, these figures currently don’t reflect demand due to the unprecedented supply constraints that prevail. Panelists across our group attested to very low peak season, visibility with the consensus being that it will be muted at best, with the exception of Schneider National, stating that peak season should look more like 2019 than 2020 or 2021. One panelist noted the possibility that “peak season has shifted fundamentally and doesn’t exist like it used to.” Hub Group and Werner Enterprises both commented on the resiliency of their dedicated operations as a source of strength against the souring macro backdrop. Likewise, Schneider National suggested that a focus on growing the asset-light intermodal and logistics segment of the business (currently accounting for 60% of revenues) will offer support in the down cycle.

Efforts taken earlier in the year to grow headcount have begun to bear fruit. Union Pacific noted that re-crew rates have come down from more than 10% in April to 7-7.5% in 3Q22. Meanwhile, Norfolk Southern train speeds are back to 3Q21 levels, and trip plan compliance is up 1,500 bps since the end of May. CSX even expects rail service reliability to eventually approach levels that trucks promise. The Class I’s unanimously attributed progress to increased hiring, as labor shortages were assigned much of the blame for the current spell of fluidity problems. While all three of the Class I’s we hosted reported improvements in headcount, Norfolk Southern noted that attrition remains high in the Northeast. While service metrics are improving, the rails still have a long way to go to achieve pre-COVID service levels.

The Class I’s expressed optimism over volumes in 2H22, with effects from network improvements expected to overshadow the weak macro. Volumes are expected to face additional tailwinds from the auto and grain recovery. Each Class I also noted that improved service and volumes will placate a seemingly hostile Surface Transportation Board.

Railroad panelists noted that labor disruptions have historically acted as a catalyst to freight shifting from the West Coast ports to the East Coast, and that current trends are a near-time acceleration of a general trend spurred by changing trade patterns in Asia and canal expansion. CSX expects to benefit from the shift, as demand for intermodal services is reportedly “off the charts,” as East Coast ports plan infrastructure upgrades to handle more freight. However, it is to be seen how much share the East Coast will end up with when the dust settles, as panelists also noted that labor negotiations on the West Coast are proceeding fairly smoothly, reducing the chances of a labor disruption.

All railroads remained fairly optimistic on the pricing front, confirming that pricing is still expected to exceed rail cost inflation, which is moving higher.

With five out of twelve rail unions having signed tentative agreements with the Class I’s based on recommendations of a Presidential Emergency Board (reportedly constituting a 24% wage hike over 2020-2024), we asked our panelists to elaborate on the anticipated impact of accruals. Norfolk Southern stated that the PEB 250 recommendations came in above expectations, and that the effort will be to manage accruals at a level below what the recommendations would imply. We expect the Class I’s to update guidance accordingly, based on higher-than-expected wage hikes, and would not be surprised to see negative impacts on EPS going forward.

Despite cracks on the demand side, our panelists reiterated commitments to growth via sustained capital expenditure and M&A activity. CSX indicated that boxcars will be the focus of growth plans as volumes improve, while locomotive modernization plans are already in place. Werner Enterprises noted that capex requirements typically come in at 11%-13% of revenues while pointing out that equipment shortages will be a limiting factor as OEM capacity is only expected to improve in late 2023 and into 2024. The company struck a positive tone on acquisitions, indicating that valuations remain elevated in some pockets of the industry. We were encouraged to hear Hub Group’s acquisition game plan, which comes on the heels of its purchase of e-commerce player TAGG Logistics, and which includes expansion into flatbed brokerage and refrigerated consolidation and warehousing. As we noted during Hub Group’s 2Q earnings call, we expect the market to give the company full credit for accretive acquisitions.

The role of ESG in shipper preferences was discussed at length. CSX noted that larger customers increasingly have internal targets on their carbon footprint that are driving truck conversions, and are also compelling the rail giant to more deliberately measure fuel savings. Hub Group and Schneider National echoed this sentiment, indicating that ESG is a key purchasing requirement for larger global customers, particularly in retail and food and beverage freight in Schneider National’s case. Our panelists confirmed that customers are increasingly willing to act on ESG targets, where previously these considerations were merely formulated and discussed. This is likely due to a combination of upcoming disclosure regulations as well as the real cost savings facilitated by a shift to intermodal transport.

We asked each of our panelists to elaborate on the impact of the new 1% tax on share repurchases. While the tax is expected to have some effect on the size of potential buybacks, none of the companies we hosted expect a major shift in the way they return cash to shareholders. Our participants reiterated commitments to use cash primarily to reinvest in their operations and to perform continued buybacks in the future when circumstances permit.

Machinery and transportation OEM demand and production conditions remain largely favorable, despite some seemingly unsupportive data in recent weeks and a great deal of macro uncertainty. Railcar inquiries are strong, as rail traffic is expected to tick up as service improves slowly.

CSX noted that it has no need for locomotives at the moment, but will need railcars, specifically boxcars, if more volumes are unlocked. On a normalized basis, the annual locomotive replacement need is likely well north of 600 units, most of which should be modifications, which are roughly half the revenue of a new build for an OEM, but almost double the margin. The North American locomotive manufacturing market is a near duopoly, with Wabtec having a decidedly larger share than Caterpillar/Progress Rail/EMD.

The Class I’s reported progress made toward rail service over the year, primarily focused on increasing hiring to alleviate the widely known labor struggles the rails have experienced since the beginning of the pandemic. Although this sheds some positive light, rail service continues to crawl up from a pit and has a long way to go to reach pre-pandemic levels. Although rail equipment companies continue to root for a fluid rail network over the long term, suboptimal rail service does benefit rail lessors in the near-term and should help lessors like GATX and Trinity continue their roughly eight-consecutive-quarter spot lease rate improvements in the balance of 2022 and at least well into next year, while maintaining high utilization rates.

GATX continues to have appetite for the right secondary market opportunities, even if valuations have generally remained very strong otherwise, with no signs of easing yet.

Commentaries from Trinity and Greenbrier suggest that the demand range for industry railcar production of low 40,000 to low 50,000 is well in the scope for the foreseeable future. Both companies see the range remaining realistic even in 2024 as we look toward a more prolonged but less steep upcycle than historical trends.

Trinity noted that the tank car market continues to be based on requests around existing fleets and not new builds. Total inquiry remains heavily weighted toward the freight car market.

We posed the following questions to several rail equipment experts and industry veterans: The risk of real water shortages in parts of the Southwestern U.S. is now real. The idea of having to ship water there may not be too far-fetched. Can rail play a role? What are the limitations? Even if desalination is the very expensive answer in coastal places like California, the water would have to get to more inland places somehow. There is no pipeline infrastructure for water right now. Can we have a WBR phase sometime in the next decade, even if as a stopgap measure? GATX CFO Tom Ellman’s answer was that WBR was talked about in the past briefly in a couple of different contexts, and the economics just didn’t warrant it. He believes it could be the same this time, but also acknowledged that if it’s in the context of an urgent need to move water, it could theoretically be different this time. The tank cars would have to be built though. Other long-time industry experts who had examined WBR’s potential viability in the past, such Bob Pickel from National Steel Car, appeared to share Ellman’s skepticism.