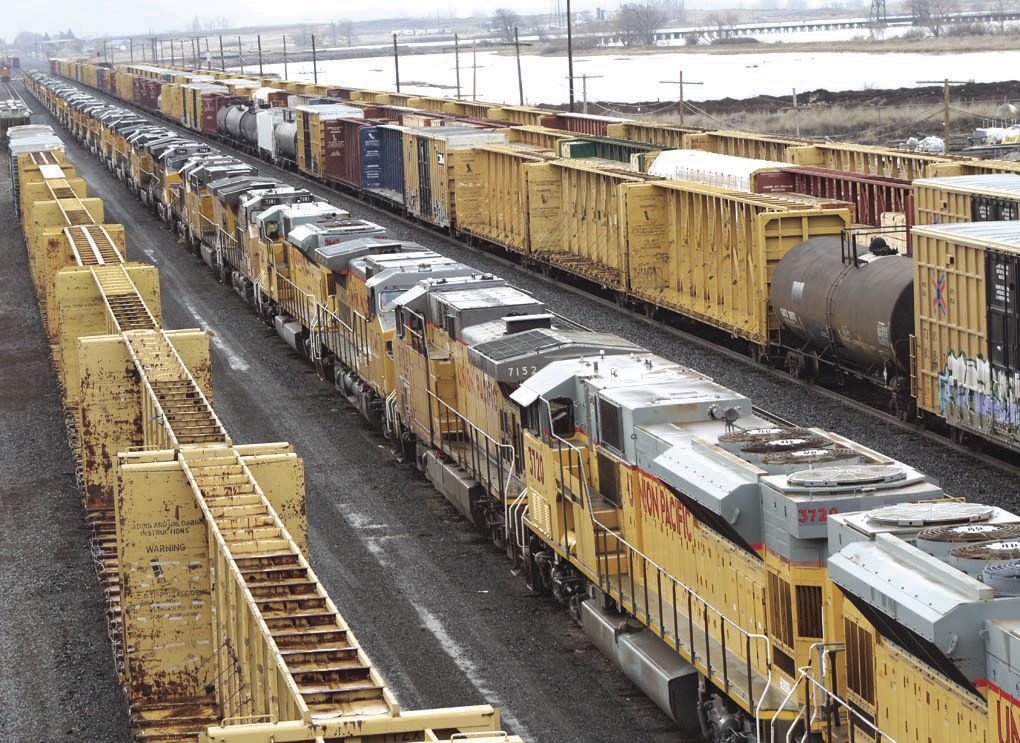 Every Union Pacific non-agreement employee has been hit with a RULA—“Required Unpaid Leave of Absence”—consisting of one week of unpaid leave during May, June, July and August; executives and board members will take a 25% pay reduction over that same time period, UP Chairman, President and CEO Lance Fritz said on April 21.

“With the unprecedented drop in volume due to COVID-19, Union Pacific has taken several actions to protect the company from the economic impacts of the virus,” Fritz said in a statement. “UP has enacted several cost-saving measures, but they are not sufficient to offset the significant decline in volume. Accordingly, the railroad also is implementing changes that will impact our workforce. I recognize this is a significant adjustment. I considered many possible scenarios, including furloughs or permanent workforce reductions, but ultimately decided that RULA would address our short-term needs.”

“Many of our customers have reduced or halted production, and overall freight transportation has declined dramatically,” wrote Fritz in an email to UP employees obtained by KETV-7, the local ABC affiliate in Omaha, Neb., where the railroad’s corporate headquarters is located. He noted UP has canceled its 2020 summer internship program, reduced or eliminated non-agreement hiring, and eliminated nonessential spending through the end of 2020.