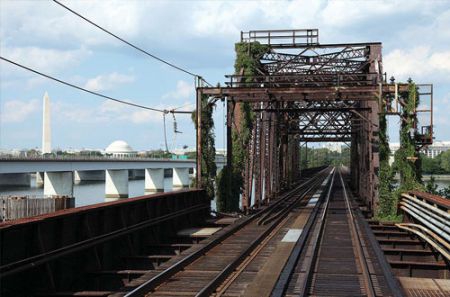 Virginia’s planned Atlantic Gateway Project has been selected for a $165 million federal FASTLANE (Fostering Advancements in Shipping and Transportation for the Long-term Achievement of National Efficiencies) grant.

Combined resources for the project, including the federal grant, private investment and other public funding, total $1.4 billion The FASTLANE grant will leverage $565 million in private investments and $710 million in other transportation funds to restore 14 miles of right-of-way to improve reliability and capacity for freight, regional/commuter and intercity passenger rail service. Phase 1 of the project will relieve congestion at Long Bridge and enable the state to acquire the S Line from CSX. The S Line is an abandoned rail corridor that runs from North Carolina to the Richmond, Va., area; public ownership is key for the proposed Southeast High Speed Rail corridor, as well as other transportation projects involving highways and bridges.

The Atlantic Gateway Project “will address the worst bottlenecks on the I-95 corridor in Northern Virginia, transforming travel along the entire East Coast,” say project officials. “It will enhance passenger and freight rail along the corridor, improving reliability and capacity on the East Coast’s rail network and increase bus service. The Virginia Department of Transportation and the Department of Rail and Public Transportation are ready to work with the private industry and the state’s partners in federal, state and local governments to build improvements.”

The program will move to construction in phases and portions will start as early as 2017. Much of the initial environmental and engineering work is complete or under way.

“Winning this significant federal grant will allow Virginia to move forward on a project that will transform travel conditions and stimulate economic growth across our commonwealth,” said Virginia Gov. Terry McAuliffe. “Our administration worked with federal, state, local and private sector parties to submit a package of transportation improvements that will have far-reaching benefits for everyone who travels the commonwealth, whether by car, bus or train. Transportation leaders came to the table with one clear goal: improve travel in the most heavily-traveled corridor in the Southeast by investing in road and rail improvements to move people and commerce more efficiently, not only through Virginia, but also from Florida to New York. I thank the USDOT for having the vision to select the Atlantic Gateway Project for the FASTLANE grant. It will create jobs and contribute to our efforts to build a new Virginia economy. We could not have moved forward without this important federal funding.”