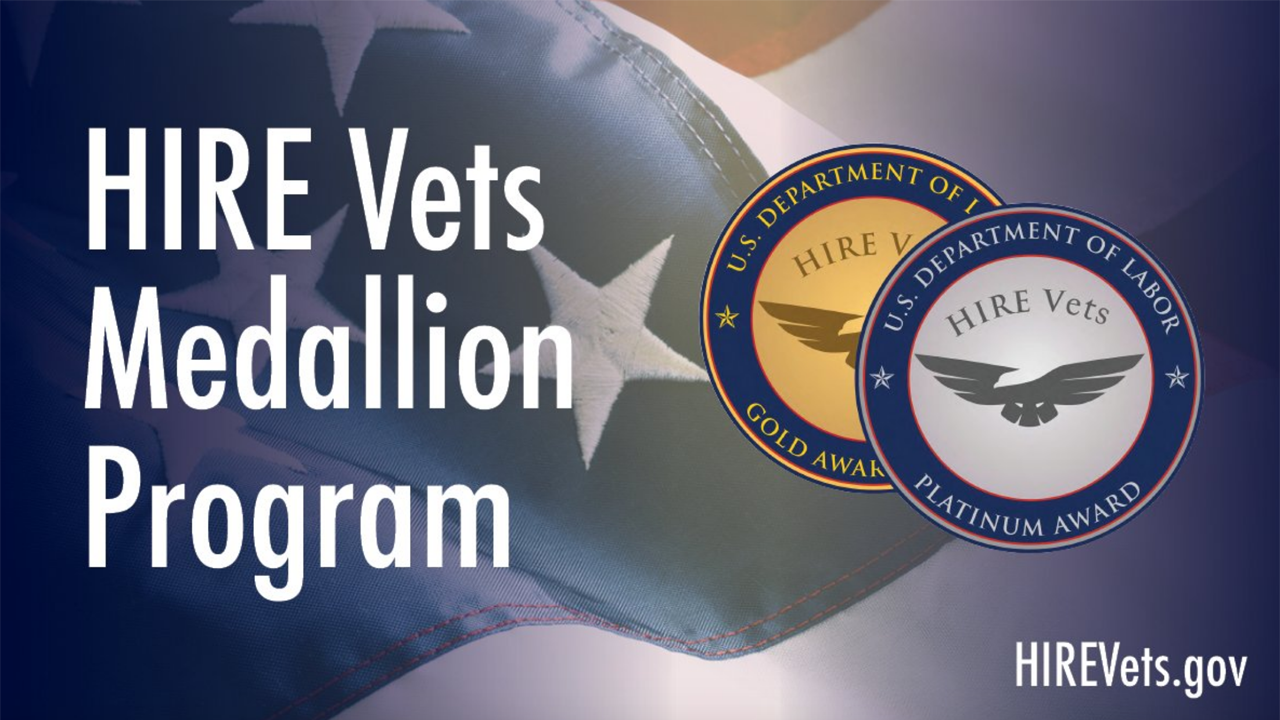 The U.S. Department of Labor has recognized Union Pacific (UP) for excellence in recruiting, hiring and supporting veterans as part of its HIRE Vets Medallion Program for 2021.

UP, which received a Gold Medallion award, is one of 849 U.S. companies and nonprofits, including Dallas, Texas-based consultancy Jacobs, to earn either Gold- or Platinum-level awards.

The HIRE Vets Medallion Program award is the only federal-level veterans’ employment honor recognizing commitment to veteran hiring, retention and professional development. Criteria for recognition vary by level and employer size (large, medium and small), but include measures such as: percentage of new hires during the previous year who are veterans; percentage of veteran employees retained for a period of at least 12 months; percentage of employees who are veterans; provision of an employee veteran organization or resource group to assist new veteran employees with integration, including coaching and mentoring; and provision of programs to enhance the leadership skills of veteran employees during their employment.

“The HIRE Vets Medallion Program recognizes many of Union Pacific’s veteran programs, including its UP VETS employee resource group that connects service members and provides camaraderie and mentorship,” said the Class I railroad, which noted that it “has a history of employing veterans dating back to its inception in the 1860s when it recruited and employed Civil War veterans.” Currently, more than 17% of UP’s employees have military experience, with some still active in the National Guard or Reserves. In the last five years, 24% of new hires were veterans.

“Union Pacific has long recognized that military veterans bring with them unique skill sets and experience, making them an invaluable asset to our company, and we are proud to support their transition to civilian life,” said UP Executive Vice President and Chief Human Resource Officer Beth Whited, who is one of Railway Age’s Women in Rail 2021 honorees. “We consider it a privilege to work with people who once served their country in uniform and who are now providing essential transportation service to their nation.”