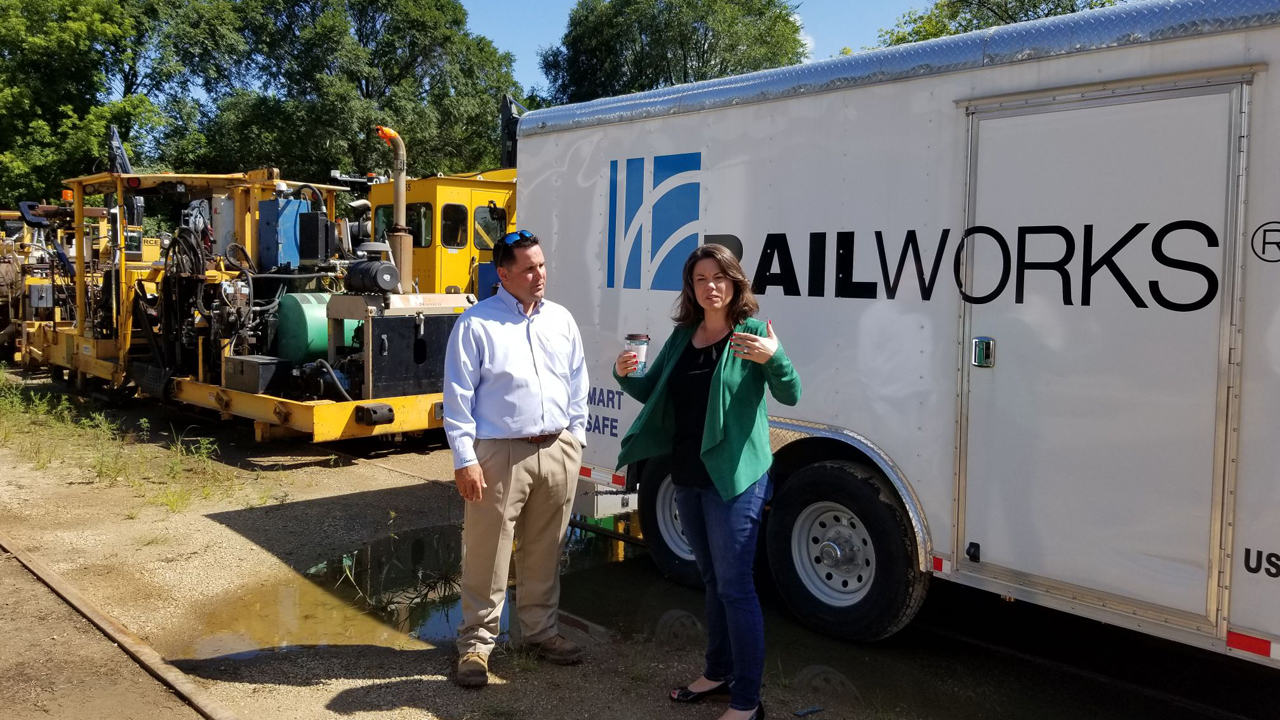 RailWorks, a provider of track, transit and rail system services, was recently awarded an $85 million contract to construct 14.5 miles of light rail double track for the Southwest Light Rail Transit project in Minneapolis, and a $2.9 million contract to repair Metro Transit’s Blue Line light rail tracks near the Mall of America.

Craig was first elected to Congress in 2018 and serves on the House Transportation and Infrastructure Committee, where she sits on the Subcommittee on Railroads and oversees the economic and safety regulation of freight and passenger railroads. As a member of the Railroads Subcommittee, the Congresswoman has direct oversight of the Federal Railroad Administration (FRA) and the Surface Transportation Board (STB).

Craig also serves on the House Committees on Agriculture and Small Business. Before being elected to Congress, she was a small business investor, a head of Global Human Resources for a major Minnesota manufacturer and a newspaper reporter.

“It is our pleasure to host Representative Angie Craig at our Lakeville office today,” said Jay Gowan, SVP, RailWorks. “Minnesota, and Minneapolis in particular, represent a great deal of potential for RailWorks. We look forward to working with Congresswoman Craig on advancing further rail infrastructure improvements and bringing new jobs to Minnesota.”

“Railroads are a critical part of our state’s infrastructure—they help power our economy and connect Minnesotans to other regions of the United States,” said Craig. “Thanks to RailWorks for sharing their work with me today. It’s great to get an inside look at how our local partners help support transportation in Minnesota’s Second District.”