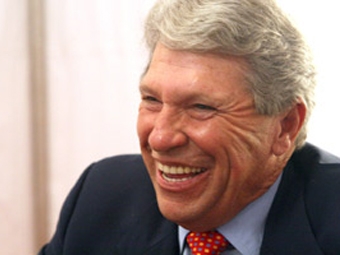 “CP delivered solid results in a period that was severely impacted by extraordinary cold and severe winter weather conditions,” said Harrison. “In the face of such difficult operating conditions, I am particularly proud of the women and men of CP who remained on the job 24/7, to keep the railway operating. Despite a slow start to the year and the reduced capacity that limited our ability to meet strong customer demand, we still have the utmost confidence in our ability to achieve our financial targets for 2014.”

“CP demonstrated its operational strength by delivering solid results despite a host of challenges, including one of the harshest winters in recent history, which disrupted network operations at the same time that the Canadian grain harvest was the largest on record,” observed Cowen and Company Managing Director and Railway Age Wall Street Contributing Editor Jason Seidl. “Not only did CP manage achieving a 380 basis point year-over-year operating ratio improvement, but it also recorded less than one train accident per one million train-miles, which was an industry best and a record result for the company. It also improved its injury ratio by 14%. CP maintained its full-year guidance and did not back away from its 2014 operating ratio target. With the toughest quarter of the year behind it, CP’s stock is now free to move higher.

“Not only did CP maintain its 2014 revenue growth guidance of 6% to 7%, but it indicated that the 63% operating ratio target is potentially still achievable this year, with further improvement possible thereafter. We believe such assertions are realistic. Indeed, on the revenue side, the company is well on its way to making up the estimated $75 million of weather-related missed revenues. On the grain front alone, CP moved 15% more western grain in February and 20% more in March than the corresponding periods last year. With a multitude of indications that economic growth is accelerating, including earnings reports by various freight carriers, several macro data points, and the positive results of our 1Q14 Rail Shipper Survey, we believe CP should meet its top line guidance, and would not be shocked if it hits the high end of the range, or even slightly exceeds it. Our confidence stems not only from recovering volumes, but just as important, pricing strength. The first quarter’s renewal pricing came in above CP’s 3%-4% target range, and average revenue per carload was up 6%.”