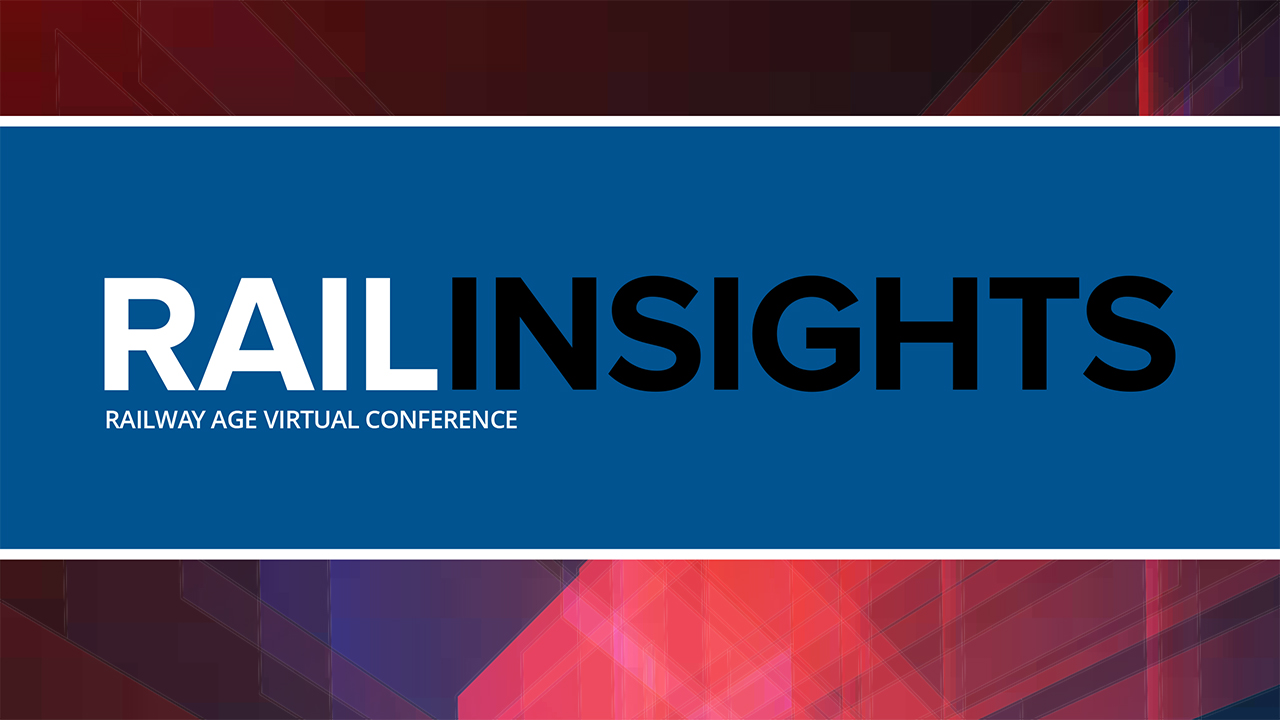 THE FINANCIAL EDGE, RAILWAY AGE JULY 2021 ISSUE: At the 2021 Rail Insights conference (held “live” virtually in June 2021), three major trends emerged: The rebound in rail is in full swing; short lines and Class I railroads are feeling pressure to respond to growing demand in a challenging labor market; and the industry is in a “wait, see and respond” mode when contemplating who will be the ultimate long-term dance partner for KCS. Additionally, infrastructure improvements on the horizon are poised to help both passenger rail.

The two Class I CEO presenters—Katie Farmer, BNSF, and Jim Foote, CSX—talked about increasing carload demand and that the trend will continue in the second half of 2021. Farmer noted that energy loadings lag the broader recovery. For BNSF, this was not a drag on total freight volumes as the railroad is delivering more than 200,000 loads per week, with agriculture leading the resurgence. In response, BNSF is adding car capacity to address growing volume-capacity constraints. Mr. Foote is seeing broad increases in carloads on CSX ,noting that CSX is prepared for increases due to recent service and process improvements.

Jason Seidl, Managing Director, Cowen and Company and Railway Age Wall Street Contributing Editor, noted freight levels were selectively above 2019’s. This is a strong signal for an industry looking for a robust, consistent rebound. While the improvement is stronger in intermodal than on carload alone, it suggests a continuing rebound.

Both Class I CEOs noted that they are focused on increasing their workforces as freight demand is growing. Seidl also noted the struggles in adding employees across all freight business, rail, trucking and marine.

In addition to Farmer and Foote, Peter Gilbertson, Chair of Anacostia Rail Holdings, talked about the industry’s’ need to focus on improving customer service. This is not lip service.This is, especially in the case of Gibertson, the key to expanding the footprint of the short line railroads under his guidance (Anacostia owns six such railroads).

Gilbertson noted that every rail touch point can make positive customer impact. He is focused on delivery service and timing, managing customer capex in regarding to consuming rail service, educating customers on what rail freight can provide to them and on putting a face to the railroads in local communities. Improved service is also on the minds of the Class I’s. In discussing customer service, Foote noted that rail customers do not care about dwell times. They care about service.

House Railroad Subcommittee Rep. Donald Payne Jr. (D-N.J.) highlighted the success of work on projects in the mid-Atlantic area for an aging infrastructure in need of renewal. One large-scale project with heightened focus is the Gateway project to improve the Northeast Corridor rail tunnels between New York and New Jersey, stating that 20% of GDP moves through those tunnels. Payne also noted a focus in Congress on addressing the expiring STB legislation (October 2021). He also favors consistent funding over annual budget approvals for Amtrak.

Kevin Corbett, President and CEO of NJ Transit, also highlighted the Gateway project, which includes  replacing Portal Bridge, the 111-year-old movable span over the Hackensack River between New Jersey and New York, at a cost of $1.8 billion. A contract for that project is expected to be awarded by the end of the year.

Payne also explained his opposition to single-person train freight crews by saying they amount to nothing more than a cost savings for the railroad that compromise safety, despite conference host Bill Vantuono’s accurate observations “with all due respect” to the Congressman that 1) no FRA safety data exists to support two-person crews as safer than one-person crews; 2) crew size has always been negotiated under the Railway Labor Act—legislation created by Congress; 3) the NTSB has never specified a minimum crew size; and 4) the railroads would only implement one-person crews on lines equipped with PTC and other supporting advanced technologies.

THE BIG RED ELEPHANT IN THE ROOM

Seidl addressed the merger situation involving KCS, CN and CP with two blockbuster comments: One, if the STB does not approve the voting trust for CN, then CP will be back in contention. If it’s approved, he expects CP to refocus its merger efforts on another Class I.

Farmer noted that BNSF has concerns about the potential for a KCS merger (independent of partner) to restrict competitive access for traffic into and out of Mexico. That is a key point for both Western Class I’s.

Foote indicated that he thought the door to additional mergers (that may or may not include CSX) would continue to be open once the KCS merger is complete.

Another round of great content at the Rail Insights conference!