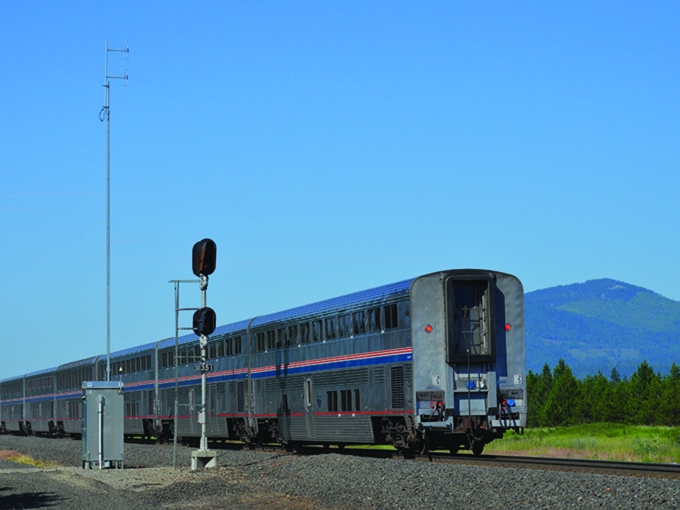 A new report by the U.S. Government Accountability Office (GAO) finds that most U.S. railroads will not be able to implement Positive Train Control (PTC) technology by the current Dec. 31, 2015 deadline, and that legislation extending the deadline is necessary.

The GAO found that freight and commuter railroads continue to face significant challenges in implementing PTC, and that most railroads interviewed would need one to five years to complete implementation. The GAO also found that Federal Railroad Administration (FRA) oversight of implementation was insufficient to properly monitor individual railroads’ progress, and the GAO recommended that FRA improve its oversight by developing a plan to hold railroads accountable for making progress on PTC.

“This GAO report confirms that the PTC mandate is not achievable, and extending the deadline is essential to preventing significant disruptions of both passenger and freight rail service across the country,” Shuster said. “I am committed to working with Senator Thune and our colleagues to address the clear need for an extension, and to ensuring that railroads implement this important but complicated safety technology in a responsible manner.”

“Passenger and freight railroads need time beyond the current deadline to finish implementation of a complex system that relies on new technology,” said Thune. “Failure to extend this legal deadline would create significant hardships for customers and passengers who rely on railroads. Passing an extension that includes meaningful accountability for PTC implementation is the best thing Congress can do to enhance safety and avert a chaotic situation that would hurt our economy much more than the recent West Coast ports backup.”

According to the GAO report, railroads have faced numerous challenges in meeting the deadline: • The need to design, produce and install over 20 new major components;

• A limited number of manufacturers for those components;

• Attempting to meet the current deadline before defects are identified and addressed;

• Delays in approval of safety plans by regulators; and

• The complex challenge of achieving interoperability among varying types of PTC systems – even railroads that will be able to install PTC on their own tracks by Dec. 31, 2015 will face interoperability issues with other railroads.

The Senate included an extension of the PTC deadline in surface transportation legislation it passed earlier this year. The Obama Administration has also found the deadline to be unworkable and has requested an extension.

Earlier this month, the Chairman of the Surface Transportation Board noted in a letter that a failure to pass a PTC extension could create service issues for rail customers.

Association of American Railroads President and CEO Edward R. Hamberger said today that the GAO report confirms what freight and passenger railroads have been saying for years: Congress needs to extend the deadline for installation of positive train control (PTC).

The GAO review examined the rail industry’s PTC implementation progress and challenges, and identified the complexities associated with developing, installing and testing the technology.

“The GAO report reinforces the freight rail industry’s contention that PTC is an extremely complex technology that requires more time to install and safely test,” Hamberger said. “Freight rail operators have always contended that the Congressionally mandated 2015 deadline for having PTC fully functional and being used coast to coast by passenger and freight rail alike was not realistic.

“But the fact that can’t be ignored is that time is quickly running out for taking action to extend the deadline and avoid the dire consequences of not doing so. American businesses that use rail to move their goods and people that depend on rail to travel and get to work every day need to know they can count on Congress to do the right thing.”

Hamberger, the nation’s top freight rail industry representative, has “alerted more than 40 U.S. trade associations representing myriad industries that depend on efficient and reliable rail transportation to the potential for service shutdowns and major disruptions should Congress fail to extend the deadline by the end of October,” AAR says.

“Railroads are beginning to notify their customers of the possibility of an impending rail shutdown as they, too, have to prepare for such a worst-case scenario,” Hamberger said. “Congress can’t wait until November or December when the clock is about to run out. If lawmakers want to avert a massive disruption of passenger and freight transport this fall, which will inflict significant hardships on businesses and passengers alike, it must take action now to extend the deadline.”

When Congress mandated installation of PTC it set an arbitrary deadline of Dec. 31, 2015 that did not reflect the unprecedented challenges required to deploy this new technology safely and responsibly, AAR says. Under current law, PTC is required for approximately 60,000 route miles on lines that transport passengers or certain types of hazardous materials.

The industry has made major strides developing PTC. In its most recent report to the FRA, AAR said the following will be completed by the end of 2015:

• 31% of locomotives will be PTC equipped;

• 69% of wayside units and 63 percent of base station radios will have been installed; and

“The freight rail industry remains absolutely committed to fully implementing PTC,” Hamberger said. “While the industry has spent more than $5.7 billion to date and has made substantial progress on PTC, much work remains to be done. Extending the deadline for completing installation until 2018, with additional time for testing and validation, will allow the industry to deploy PTC in a safe and effective manner and simply is the right thing to do.”