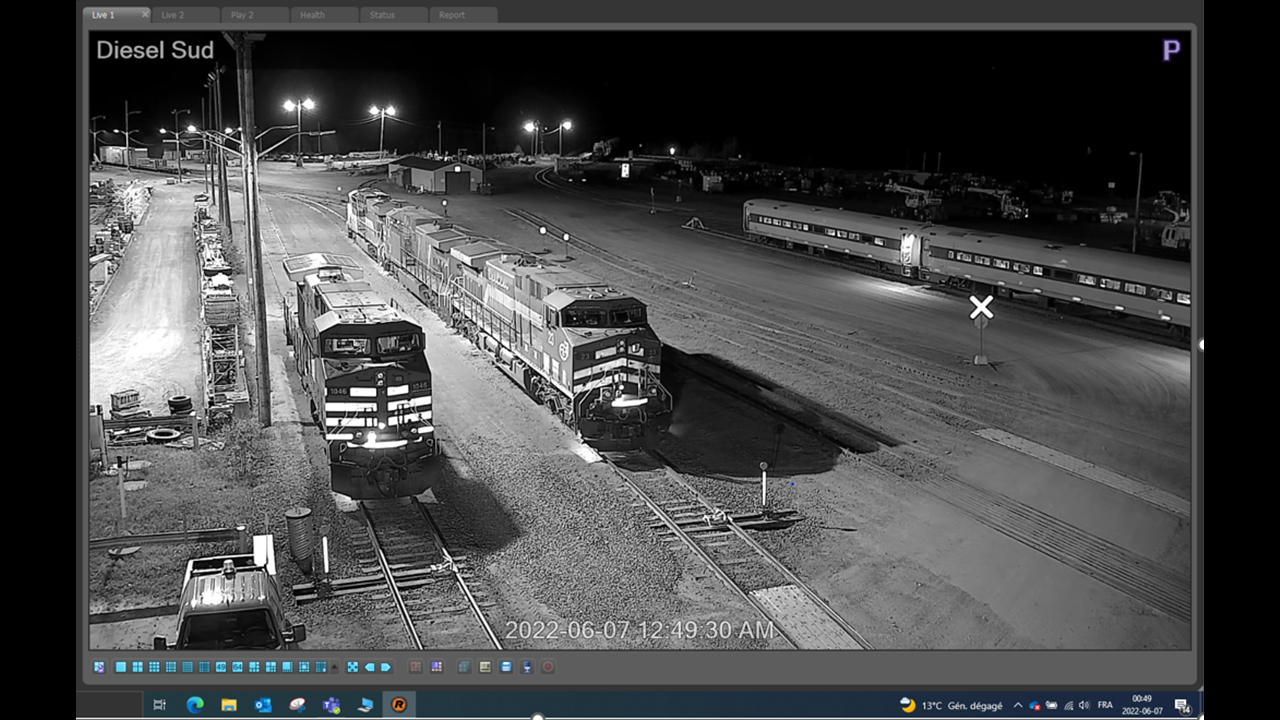 Railhead will be supplying its Fleet Wide Tracking solution and remote monitoring capability that includes a full-featured back office, 12-channel, 4K Locomotive Digital Video Recorder (LDVR4K®), fuel consumption monitoring, GPS train tracking and integration with multiple existing onboard systems and event recorders. “Using these capabilities, ArcelorMittal will be able to maximize operations of their mining operations and transportation of iron ore from the active mines in extreme remote locations of Quebec and the shipping port 300 miles further south,” Railhead said.

The system’s video portion will provide remote access of onboard video as well as capture and store video in compliance with Transport Canada requirements. Onboard cameras include Railhead’s exclusive twin view camera that captures “the most accurate representation of what the engineer is seeing from the cab.” A 360-degree camera and an interior dome camera will monitor both the activities of the engineer as well as the dash and instrumentation. An exterior camera, “suitable for extreme weather conditions,” will be installed on the rear of each locomotive and housed in a custom-made enclosure for additional protection. Railhead will provide a crash-hardened memory device that provides extra protection for stored video in the event of an incident. ArcelorMittal’s remote monitoring solution has the added capability of automatically switching between cellular and satellite for data transmission from trains in remote locations to the back office in Port-Cartier, Québec.

“Railhead has been very fortunate to work with a customer like ArcelorMittal,” said Railhead Vice President Product Development Kathy Broadwell. “We’ve been able to provide custom software, hardware and services to meet its unique needs. The system has been designed to expand and scale as ArcelorMittal’s operations and needs grow and change, resulting in a mutually beneficial long-term relationship.”

ArcelorMittal, headquartered in Luxembourg, is a global steel and mining company. The Cartier Railway (reporting marks AMMC, AMIC formerly CFC and QCM) is a 260-mile privately owned railway operated in Canada’s Quebec Province by the Cartier Railway Company, a wholly owned subsidiary of Arcelor Mittal (formerly Québec Cartier Mining Company). The railway connects the company’s iron ore mine at Mont-Wright in Northeastern Québec with its processing plant and port at Port-Cartier, formerly Shelter Bay, which is located on the northern banks of the St. Lawrence River. The Cartier Railway has 26 locomotives, 950 ore cars, 300 utility cars, and various pieces of maintenance-of-way equipment.