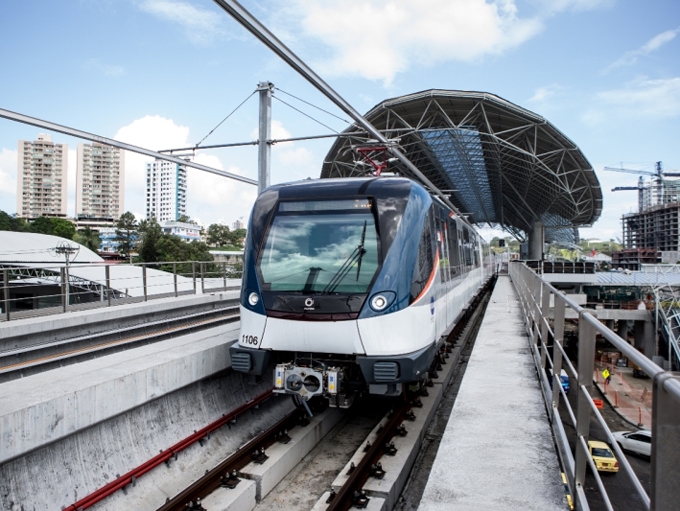 Metro de Panama has awarded Consórcio Línea, a Brazilian/Spanish consortium of Alstom, CIM, Sofratesa, Thales and TSO, a $2.2 billion contract to supply Line 2 of the Panama Metro system on a turnkey basis.

Consortium leader Alstom, whose share of the contract is approximately $338 million, will supply an integrated rapid transit system that includes 21 Metropolis trainsets, traction power substations (among them a Hesop reversible substation) and Urbalis, Alstom’s CBTC (communications-based train control) system. Urbalis, which controls train movements and enables them to operate safely at higher frequencies and speeds, will enable 90-second headways.

Line 2, expected to open in 2019, will be 13 miles long and include 16 stations. Elevated, it will run from San Miguelito to Nuevo Tocumen and will be able to carry up to 40,000 passengers per hour, per direction. Line 2 will interconnect with Line 1, which Consórcio Línea supplied and inaugurated in April 2014. With the new line, the Panama metro network will encompass 23 miles. The Metropolis trainsets will be produced in Alstom’s Santa Perpetua factory in Spain, where the trainsets for Line 1 were manufactured.

“After Line 1, which has experienced great success since it entered into operation, we are proud to be awarded Line 2 of the Panama Metro,” said Alstom Transport Senior Vice President, Latin America Michel Boccaccio. “With an extended metro network, better connectivity and greater transport capacity, I am confident that more people will be commuting daily onboard a system that is reliable, smooth and environmentally friendly.”