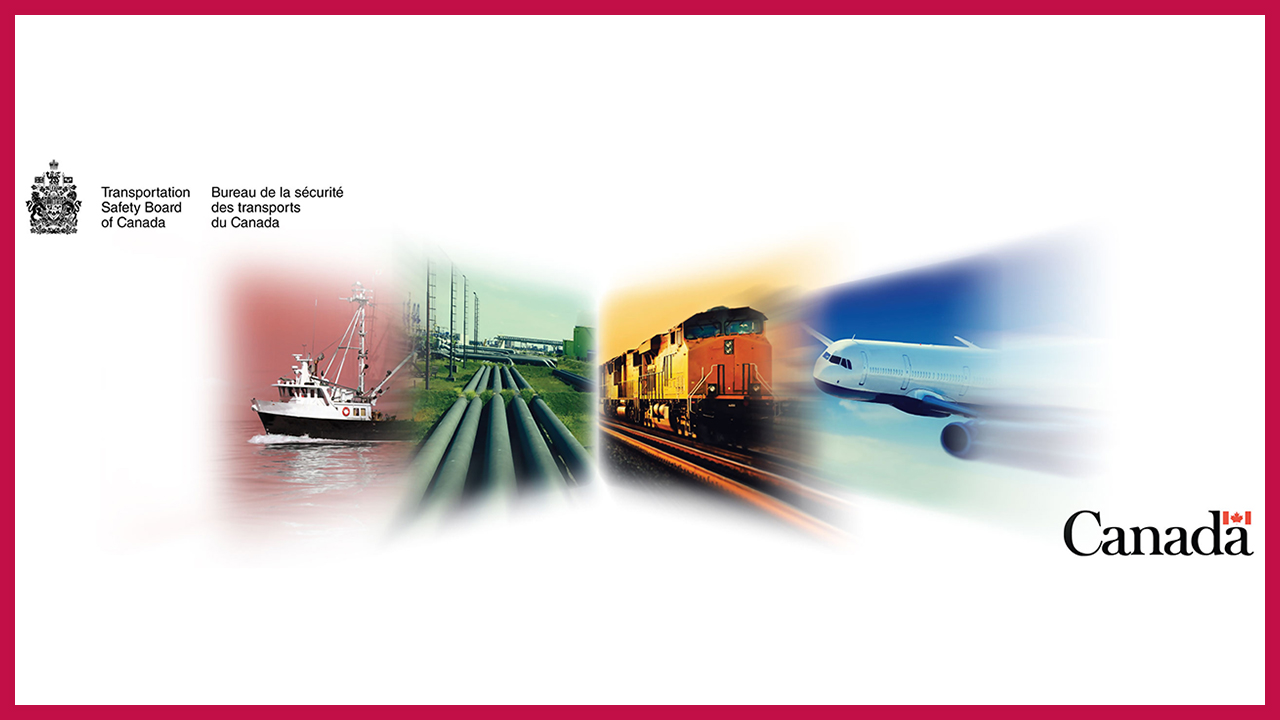 The Transportation Safety Board (TSB) of Canada released on June 28 its annual reassessment of responses to outstanding safety recommendations, including nine in the rail transportation sector. TSB railway investigations include occurrences that take place on federally regulated track anywhere in Canada and touch on such subjects as operational decision making, risk management, component failure, supervision, metallurgy and track-train dynamics.

This year, Transport Canada continued its work to update the regulatory regime for railway employee qualifications and training, meaning that “while the action is not yet sufficiently advanced to reduce the risks to transportation safety, progress is being made toward addressing the safety deficiency identified in Recommendation R18-02, which calls for training and qualification standards for railway employees in safety-critical positions,” TSB said. As a result, TSB reassessed the response to the recommendation as showing Satisfactory Intent.

STB also reassessed the response to Recommendation R14-05 on the auditing of safety management systems, one of the recommendations issued as a result of TSB’s investigation into the 2013 runaway and main-track derailment in Lac-Megantic, Quebec. Transport Canada indicated that it “completed audits of all federally regulated railway companies’ safety management systems and that it is in the early stages of implementing a targeted audit framework for measuring the effectiveness of the safety management system processes,” according to TSB, which added that it is “encouraged by the progress and therefore considers this response to show Satisfactory Intent.”

Regarding Recommendation R13-01 on physical fail-safe train controls, TSB considers the response from the Railway Association of Canada and Transport Canada to be Satisfactory in Part and “strongly encourages both organizations to accelerate the pace of enhanced train control implementation.”

The TSB, an independent agency that investigates rail transportation, air, marine and pipeline occurrences, issues safety recommendations as “a call to industry and regulators to address systemic problems that pose a serious risk to Canada’s transportation system.” Each year, the TSB reassess outstanding recommendations as part of its ongoing efforts to urge the regulators or industry to act on the safety issues identified in investigations.

Of the 53 outstanding safety recommendations in the rail transportation, air and marine sectors (there are currently none in the pipeline sector), two received the highest rating of Full Satisfactory: one in the air transportation and the other in the marine transportation sector. However, the minimal movement on some key safety issues across all three sectors continues to raise concern from the TSB.

This brings the total of TSB recommendations assessed as Fully Satisfactory to 84.1%, a slight decrease of 0.4% over 2021 (84.5%). As of March 2022, 84 recommendations remain outstanding, roughly half of which date back almost 10 years.

The TSB uses six categories to assess responses: Fully Satisfactory, Satisfactory Intent, Satisfactory in Part, Unsatisfactory, Unable to Assess and Not Yet Assessed. The full list with definitions can be found on the TSB’s website, located here.