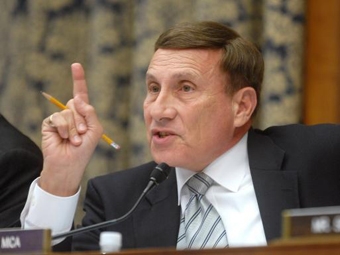 Only a damned fool would beg Congress for passenger rail funding, trapping in amber the status quo. With tax-and-spend hostile Republicans in control of the House and Senate until at least 2017, America’s passenger trains and their advocates are between Barack and a hard place.

In the Senate, new Commerce Committee Chairman John Thune (R-S.D.), eyeing a 2016 Presidential nomination, says voters want federal spending “under control … reducing it.” Tea party stalwart and Senate Commerce Committee member Ted Cruz (R-Tex.), also eyeing the White House, says “citizens in the private sector are a lot better at deciding how to allocate their capital and how to assess the costs and benefits than is the federal government.”

Possessing fluency in the lingua franca of today’s political and economic reality, which looks to the private sector to produce goods and services more efficiently, at less cost and of better quality than government, is former Amtrak Reform Council member Jim Coston. He superintends Chicago-based Corridor Capital LLC, which raises private-sector money for public-private partnerships, and engineers, in conjunction with states, non-traditional operating and equipment maintenance strategies.

With freight railroads out of the passenger business and Amtrak stretched to the boundary in meeting just basic capital needs, Coston says “there is a role for a new kind of company—a passenger-rail developer to access capital, expertise, and other resources directly from the private sector.” An example is private-sector capital to increase the number and quality of passenger cars that in turn boost corridor capacity and revenue and lower costs. The model allows private-sector partners a profit.

Of course, Amtrak, now the sole operator of some 27 state-supported corridor routes of fewer than 750 miles, would compete for the corridor contracts—as it does in competition with Herzog, Keolis, and Veolia for “commuter” rail contracts. Such decisions would be made by states, although under current statute, host railroads would have to concur, in most cases, on operators other than Amtrak. Indiana recently explored, then retreated from, a public-private partnership with Corridor Capital.

“If states are going to sponsor passenger rail services that make sense for their own populations and their own economies, then they will have to use resources that give them the necessary choice and control to address their diverse needs,” Coston says.

Congress this year must reauthorize the Passenger Rail Investment and Improvement Act, which since 2008 has been a growth hormone for state-subsidized passenger rail corridors.

Stakeholders are many; outcomes varied. The voices most likely to be heard by the Republican majority will be those conversant in and comfortable with the theory of creative destruction—the method by which free markets supplant less efficient players with those more qualified.