Harris’ stint with AAR included serving as vice president, research & test. He was named 1976 Railroader of the Year for his work in tank car design, FAST track, and track-train dynamics, among other items.

“Foremost, Bill Harris was a scientist,” says Railway Age Contributing Editor Frank Wilner. “When he was recruited by the Association of American Railroads in the early 1970s, scientific inquiry into the nature and causes of derailments, accidents, and hazmat releases were in their infancy. Bill assembled in his office stack upon stack of ancient reports. He probed, discarded and organized. He seized the role of forensic detective, assembling a staff of fellow scientists that separated verifiable fact from conjecture and personal bias.

“What emerged was a world-class Research and Test Department and a Transportation Test Center in Pueblo, Colo., that has become a global mecca for railroad professional engineers. American railroads today are the safest form of transportation, with the name William J. Harris imprinted on, below and above all steel wheels for eternity,” Wilner says.

Harris remained professionally active for 20 years after his retirement from AAR, including 12 years as a distinguished professor at Texas A&M and Texas A&M Transportation Institute (TTI). He was elected to the National Academy of Engineers. 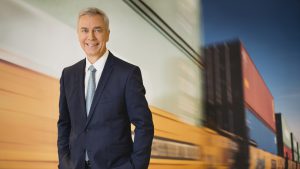 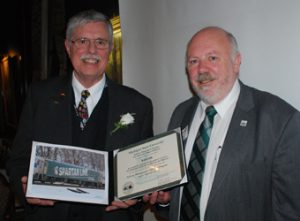 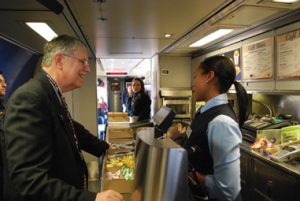