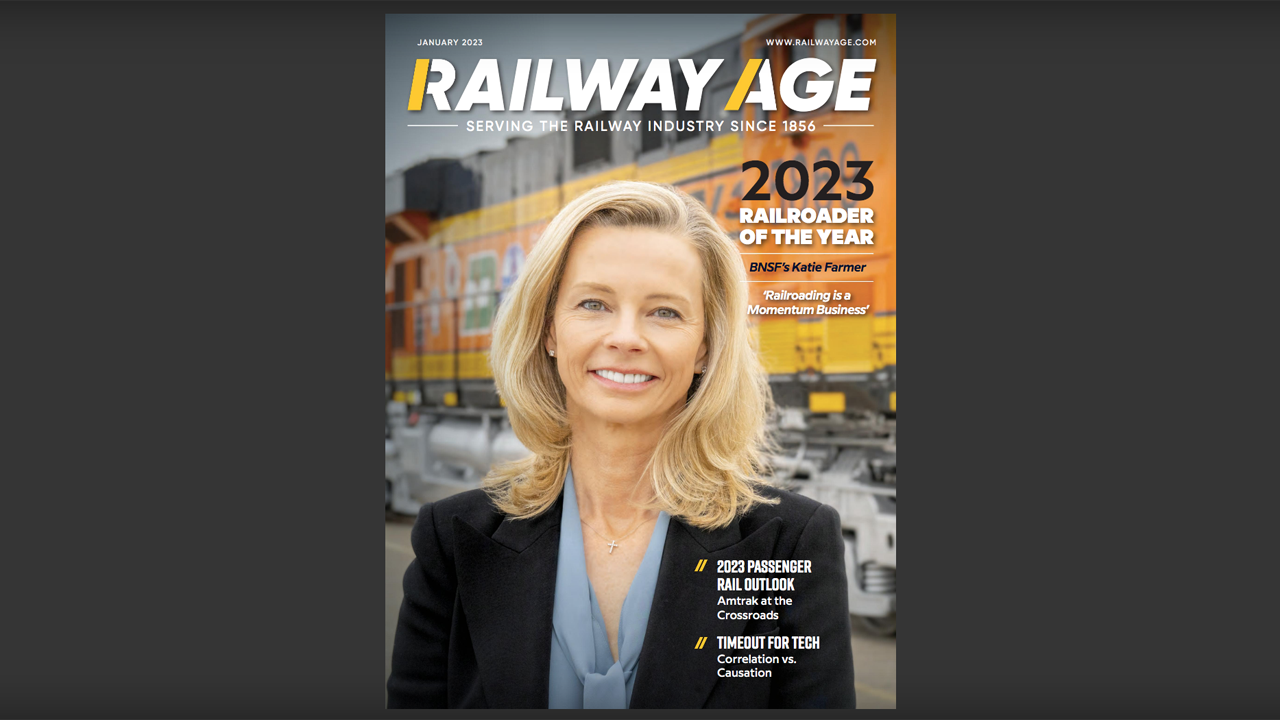 “Katie Farmer permanently changed the industry for the better by becoming the first woman chief executive of a Class I railroad,” says Railway Age Editor-in-Chief William C. Vantuono. “She took the throttle of North America’s largest railroad, in terms of both route-miles and revenue, during unprecedented times, in the midst of a global pandemic. She has continued to press forward during a challenging, post-pandemic period, dealing with global supply chain and service problems as well as a difficult labor market, focusing on building a better BNSF. Katie knows her railroad inside and out. She’s held leadership positions in every major function of the company, overseeing a 32,500-route-mile network that spans 28 states and touches three Canadian provinces. She has been working with her team to shape the legacy of BNSF, which has seen industry-leading growth.”

Railroading as a “momentum business,” Farmer told Vantuono in an interview for the cover story, “applies more broadly to the whole supply chain. When one part of the supply chain struggles, we all struggle. When volume fluctuates, we adapt to that variability, and that’s not new for us. The difference is the pandemic impacted the entire global supply chain, which, as you know, is a complex system of connections among ports, railroads, trucks and our customers.” She added: “We have strong momentum in restoring the service customers have come to expect and that we frankly expect from ourselves.”

And Railway Age Financial Editor David Nahass offers predictions for 2023. (He notes that since North American rail craves stability, a New Year’s resolution to that effect might be in order.)

These articles and more can be accessed in Railway Age’s January 2023 issue: